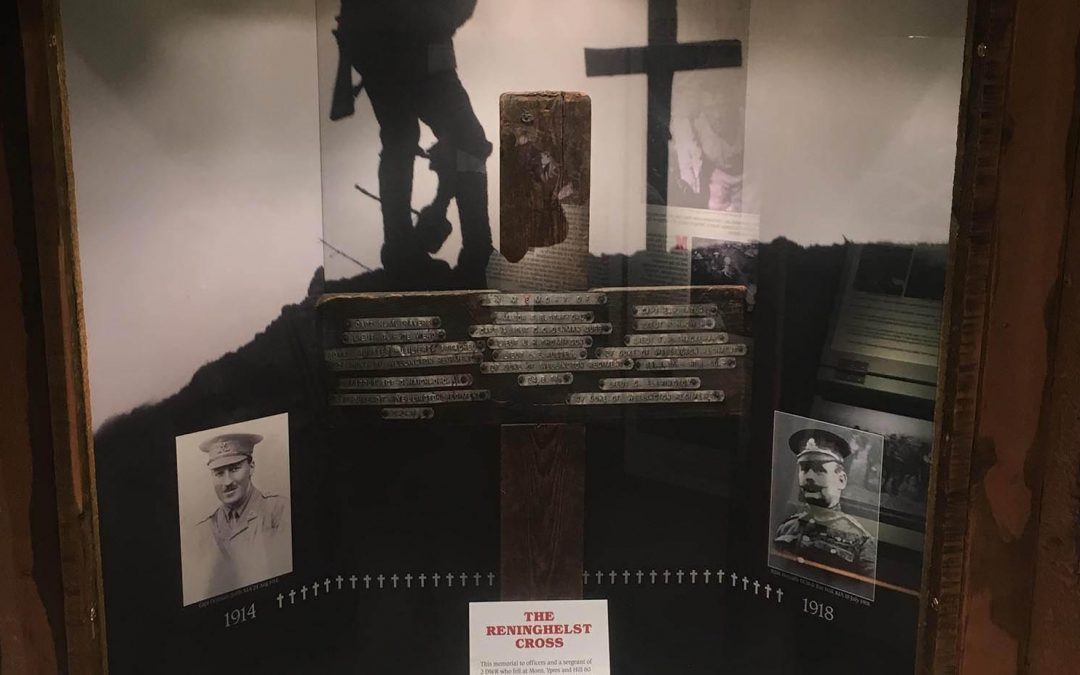 The cross was originally in Reninghelst church, just west of Ypres.

The typed citation beneath the cross reads:
This memorial to the officers and a sergeant of 2 DWR who fell at Mons, Ypres and Hill 60 originally stood in the graveyard of Reninghelst church, some 6 miles west of Ypres.
After the establishment of military cemeteries by the Imperial War Graves Commission it was returned to the regiment.
Those named on it being remembered at Hautrage military Cemetery, Hospital farm Cemetery and the Menin Gate.

The names on the cross are: 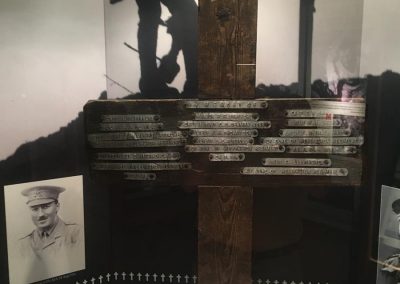 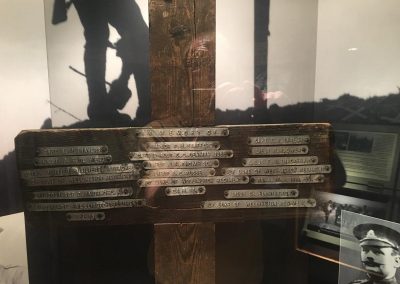 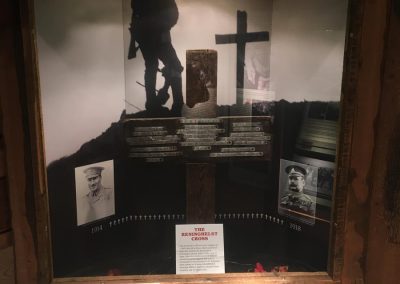