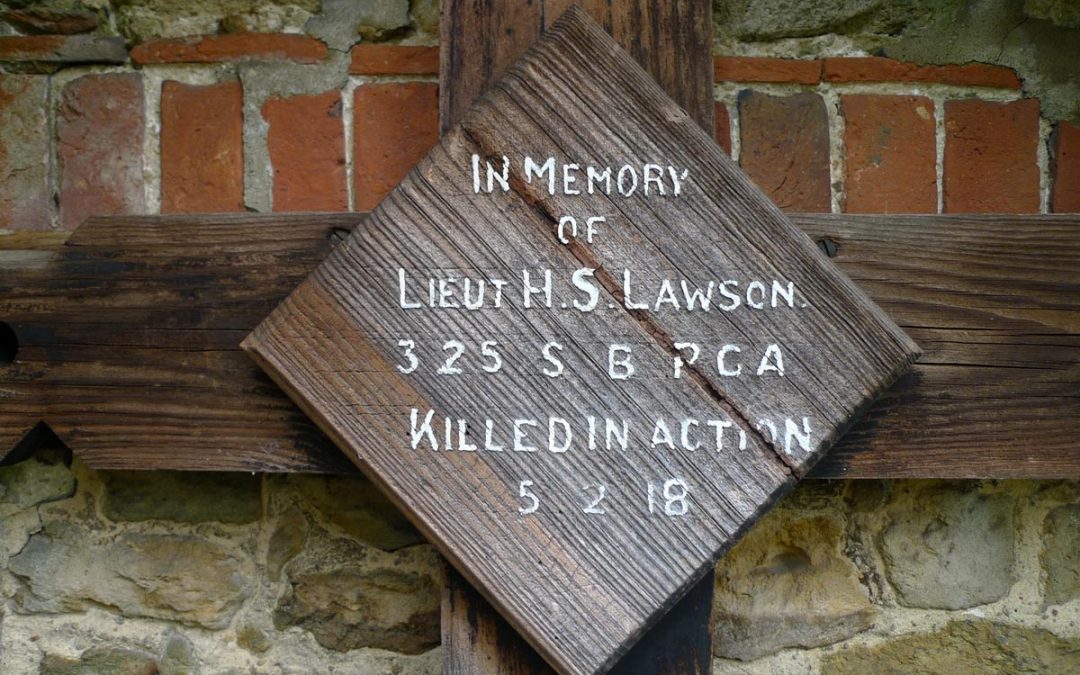 Top row is a GRU tag fixed to the top of the shaft.
Remaining text is painted on a square piece of wood affixed at the crossing point of the cross at 45 degrees from upright (i.e. dia-mond shaped).

Square plate (if supported)
Width of Square arms: 237 mm on each side
Angle of arms: 45 degrees
Thickness: 25 mm 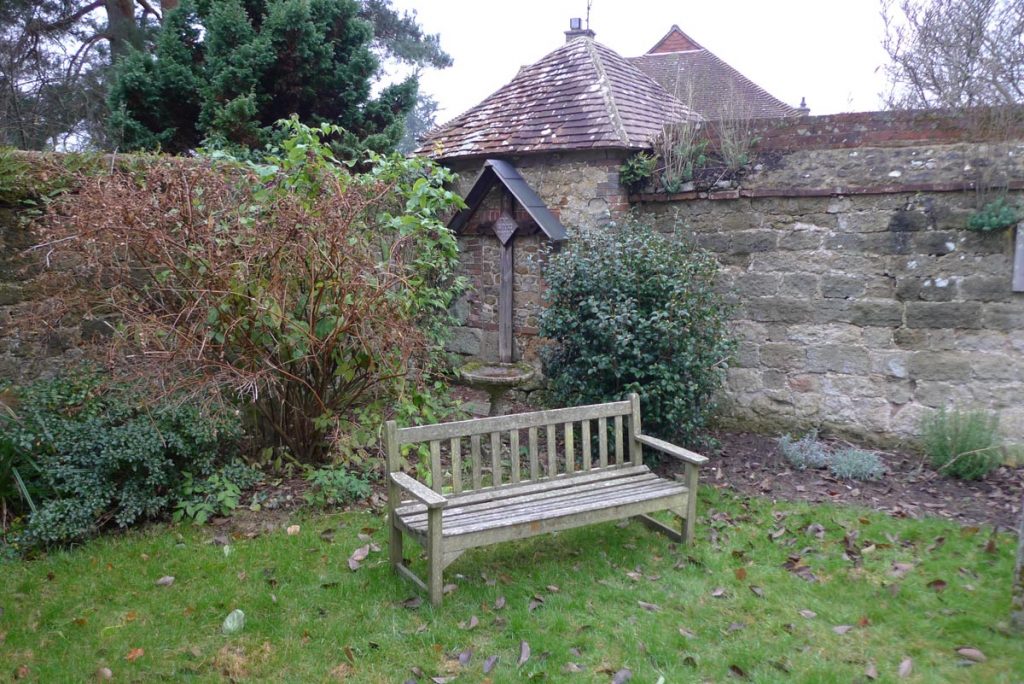 Other information
Mounting to wall: Cross beam fixed by 2 screws to a batten which is part of the ‘roof’. The batten itself is screwed into bricks on the wall. Approx 360 mm from the bottom of the shaft there is a block of wood between the cross and the wall and a screw holds the cross onto the block. There are two unused screw holes in the cross from an earlier fixing.

Detailing: The top of the shaft and either end of the cross beams have ‘nicks’ carved on both sides and lead to a tapered end. However, on the upper surface of the left and right hand ends of the cross beam wood has been removed on the outer side of these ‘nicks’. They are suspiciously similar to suggest a deliberate removal rather than accidental damage! Perhaps one was damaged and it was decided to make the other side match to keep symmetrical? In addition to the ‘nicks’ there are holes drilled through the ends of the cross beam and at the top of the shaft. The edges of the square plaque are slightly chamfered.

Evidence of use in field (earth marking, cracking, staining, shrinkage): The base of the shaft is very rough and crudely tapered which in itself suggests it was used in the ground. There is some evidence of dark staining at the base: perhaps the rest of the cross has weathered, so lost its staining whereas the very bottom has been protected? The upper part (of shaft and cross beam) are under a more recent slate ‘roof’ and are similarly in a better condition than the lower part of the shaft.
Surface insertion depth (into ground if apparent):
Finish (varnish, paint, oiled, unfinished etc): Upper parts stained. Lower part of shaft (more exposed to the elements) has lost this staining and the protection it supplies.
Condition (cracked, paint peeling, woodwork, damage etc): Not too bad except for the increased weathering to the lower part of the shaft mentioned above. There is a crack in the square plaque running from the top left to lower right about a third of the way down.

Notes and observations:
From the CWGC: Harry Sackville Lawson was the son of Robert and Mary Lawson, of Weston-in-Gordano, Somerset; husband of Janet Kathleen Lawson of “Margarett,” Haslemere, Surrey. Headmaster of Buxton College, Derbyshire, 1911 – 1917. He served with the Royal Field and Royal Garrison Artillery and is buried in Montescourt-Lizerolles communal cemetery.

His widow is buried at the foot of this cross, and is marked by a stone laid flat to the ground.

Initially I was confused by the 3 2 5 S B P G A text, but believe this should read 325 SB RGA, for the 325th Siege Battery of the Royal Garrison Artillery (the tail of the R being lost in the crack mentioned above).

Survey and Photographs courtesy of Alasdair Mackie
Date of survey: 26/11/16 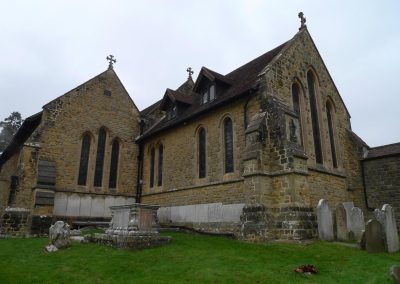 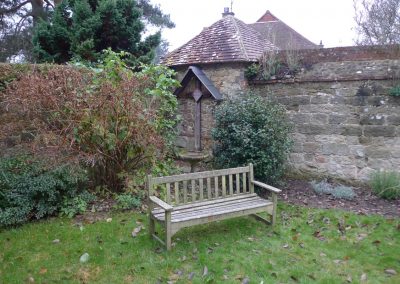 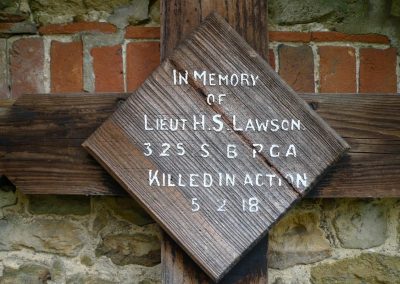 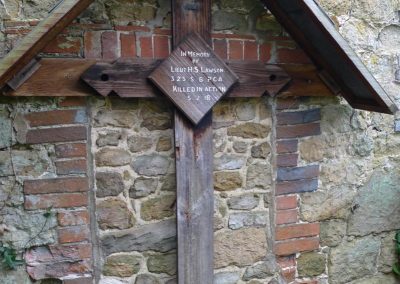 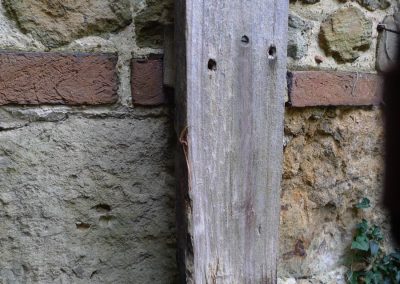 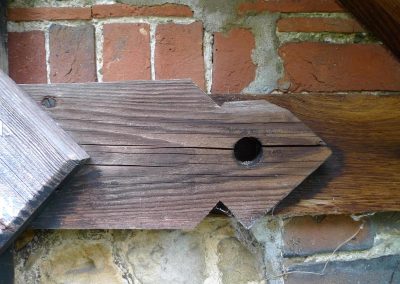