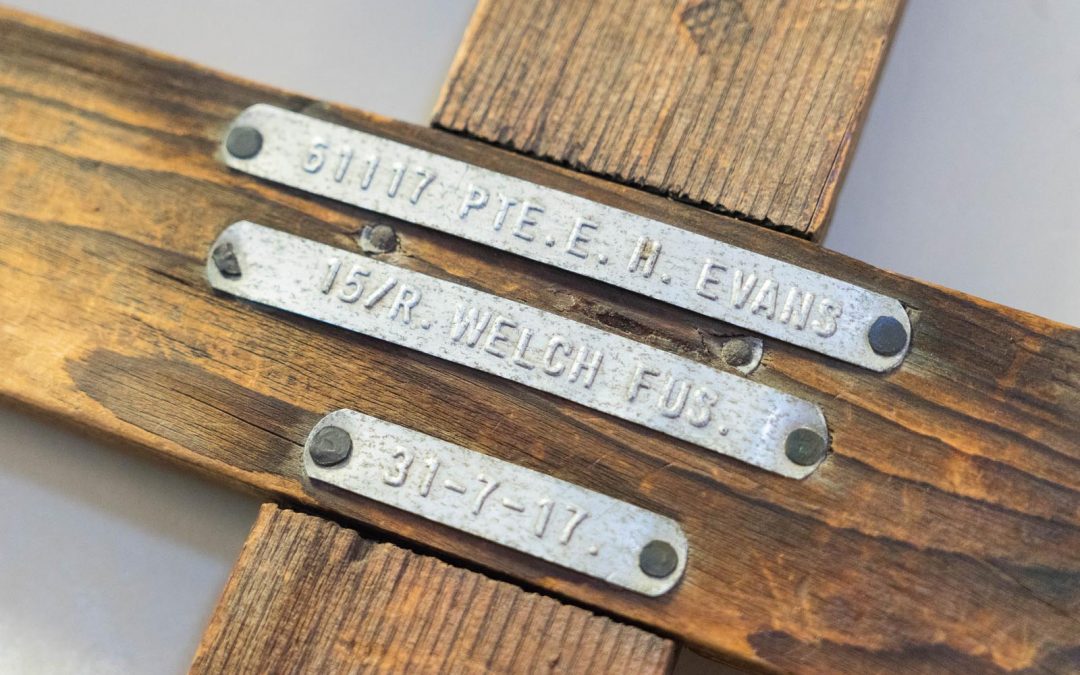 The cross is displayed in a glass cabinet as part of the museum at Llys Ednowain Heritage Centre. It commemorates Private Ellis Humphrey Evans (Hedd Wyn). The cabinet also contains a picture postcard of the Hedd Wyn memorial which was printed in Liverpool. 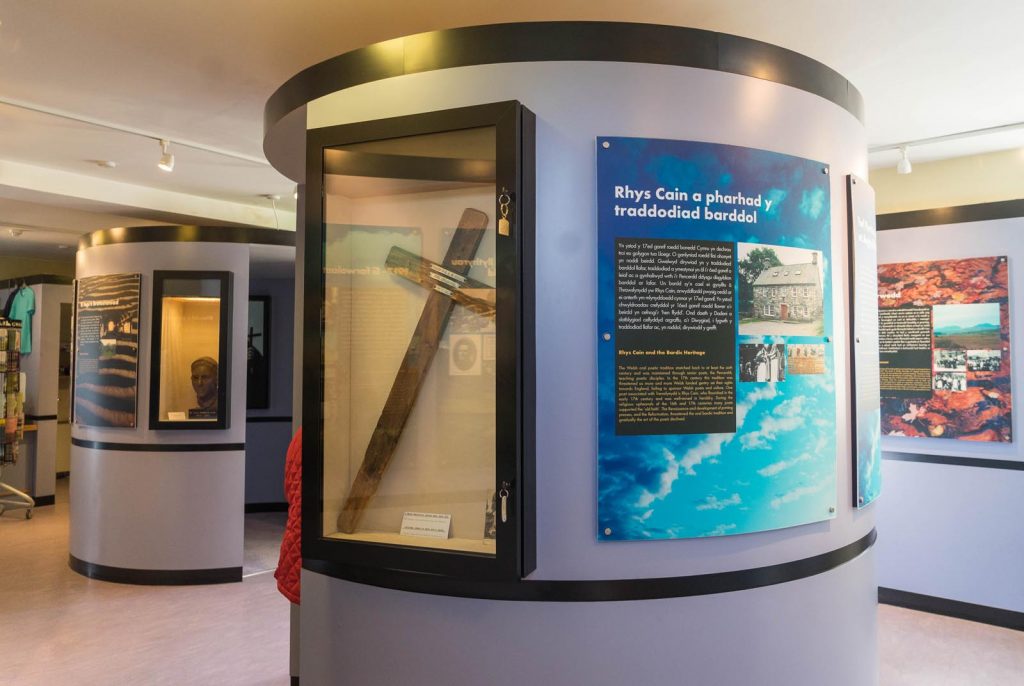 Details on cross: There are 3 GRU tags on the cross

The GRU tag is missing at the top of the cross.

Other information
Mounting to wall: n/a
Evidence of use in field (earth marking, cracking, staining, shrinkage): The cross is very deteriorated at the bottom where it has been inserted into the ground.
Surface insertion depth (into ground if apparent): 279.4mm.
Finish (varnish, paint, oiled, unfinished etc): Brown stained wood.
Condition (cracked, paint peeling, woodwork, damage etc): Apart from the deterioration at the bottom of the cross, it is in good condition. 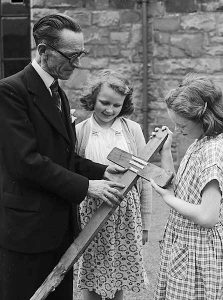 Notes and observations: The cross is currently on loan to the Llys Ednowain Heritage Centre from Bro Hedd Wyn Primary School. It was originally donated to the school by the sister of Ellis Evans.

Ellis Humphrey Evans was a Welsh language poet/shepherd born on 13th January 1887 in Pen Lan, Trawsfynydd. By the age of 20 he had already won his first chair at the local Eisteddfod in 1907, and in 1910 he was given the Bardic pen name of Hedd Wyn (blessed peace). He went on again to win chairs in 1913 and 1915. Head Wyn was a Christian pacifist who did not enlist when war broke out. However in 1916 the Evan’s family had to send one of their sons to war, so in March 1917 Ellis enlisted rather than his younger brother Robert. He completed his training in Litherland, Liverpool, but before he left for France he had fourteen days leave during which he wrote the famous poem ‘Yr Arwr’ (The hero). In June 1917 he joined the Royal Welsh Fusiliers and arrived at Fletchin, France. There he completed his National Eisteddfod entry ‘Fleur de Lis’. On the 31st July he headed towards the Battle of Passchendaele.

Hedd Wyn was killed in the opening attack at the battle of Pilckem ridge on the same day. He was carried to a first aid post, but died at 11am. He was buried at Artillery Wood Cemetery, Belgium (Grave ref II.F.11). On 6th September 1917, the ceremony of the chairing of the Bard took place at the National Eisteddfod which was held that year in Birkenhead, England. Fleur de Lys was declared the winner, but it was announced that the winner had been killed in action. The empty chair was covered in a black cloth and was delivered to Evan’s parents. The Eisteddfod was renamed ‘The Eisteddfod of the Black Chair’. After the war, his headstone was given the added words ‘Y Prifardd’ (The Chief Bard – Hedd Wyn). The poem ‘The hero’ is still considered to be his greatest work.

There is a bronze statue of Hedd Wyn dressed as a shepherd in the centre of the village of Trawsfyndd. It bears words written by Hedd Wyn in memory of his friend Tommy Morris. It reads ‘His sacrifice was not in vain, in our minds will remain, although he left a bloodstain, on Germany’s iron fist of pain’. A film about the life of Hedd Wyn was nominated for an Oscar in 1994 and is currently being shown in the museum at Llys Ednowain heritage centre. The award winning centre was opened in 2004, and also contains two ‘silent sentinels’ – iron rods for holding barbed wire from Flanders where Hedd Wyn was mortally wounded. They were donated to the centre by a contingent from Langemark. More recently a lottery grant of 3 million pounds has been granted to transform Yr Ysgwrn – the farm where Hedd Wyn lived, in memory of the great poet.

Many thanks to Sion at Llys Ednowain heritage centre for all his help. 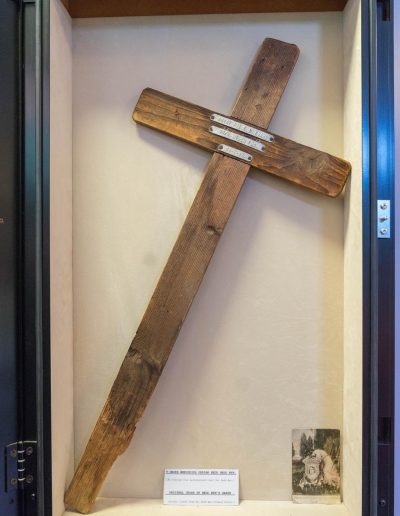 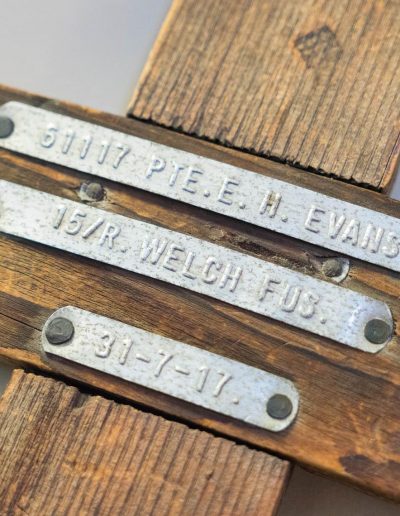 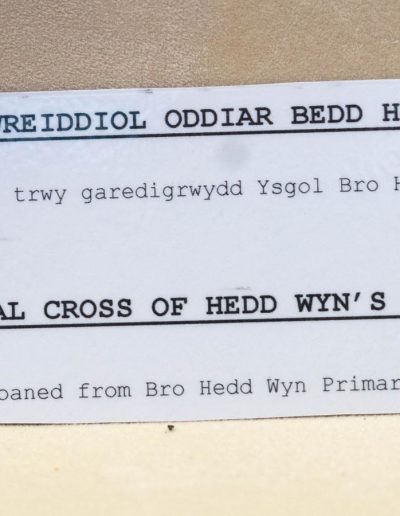 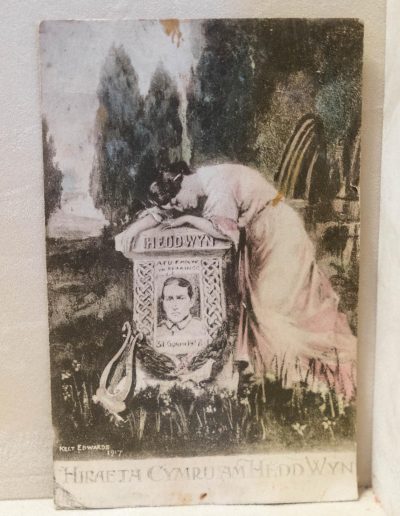 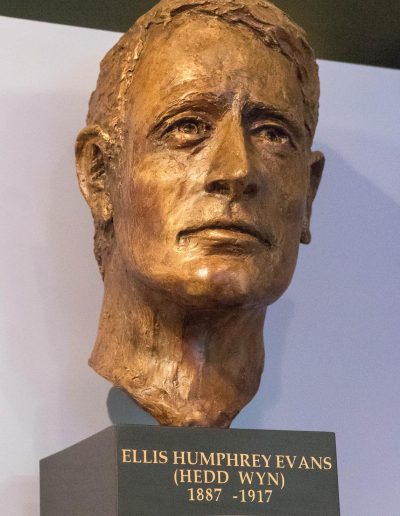 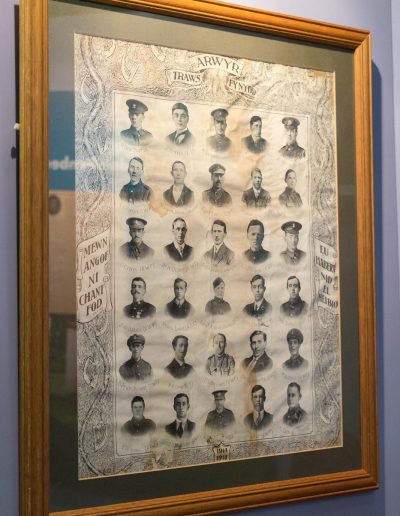 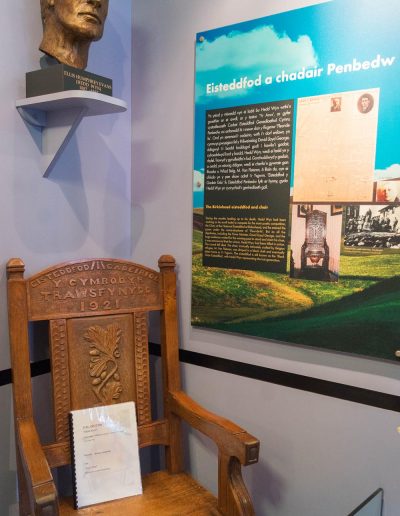 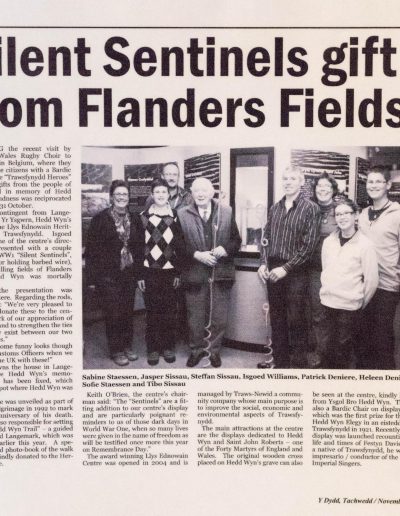 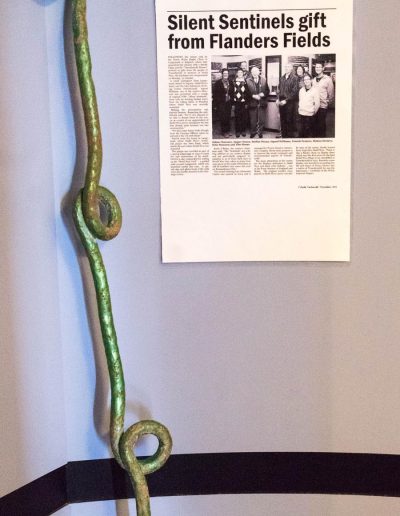 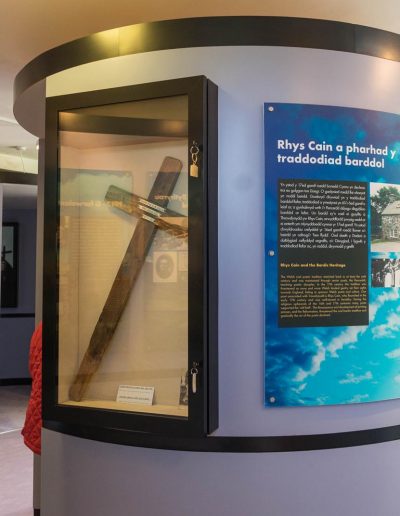 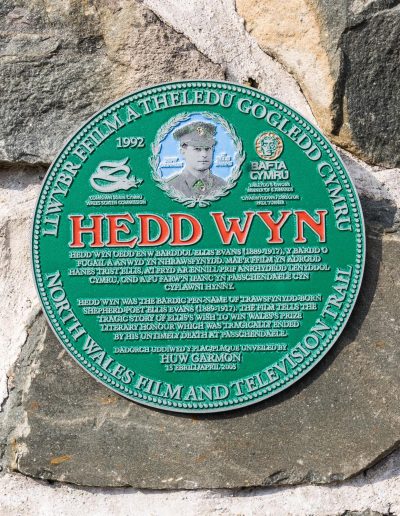 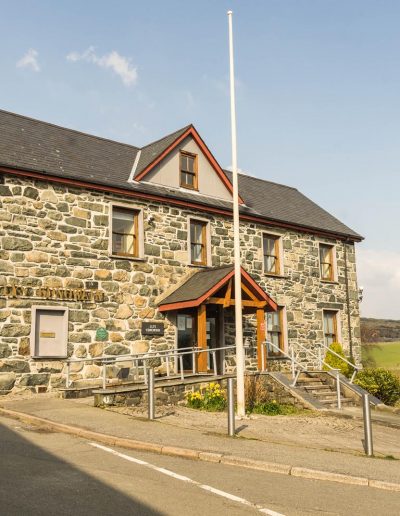 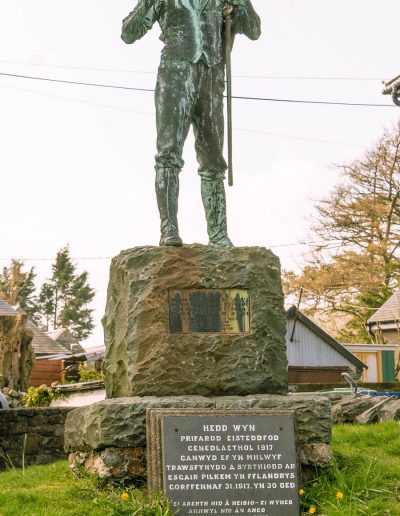