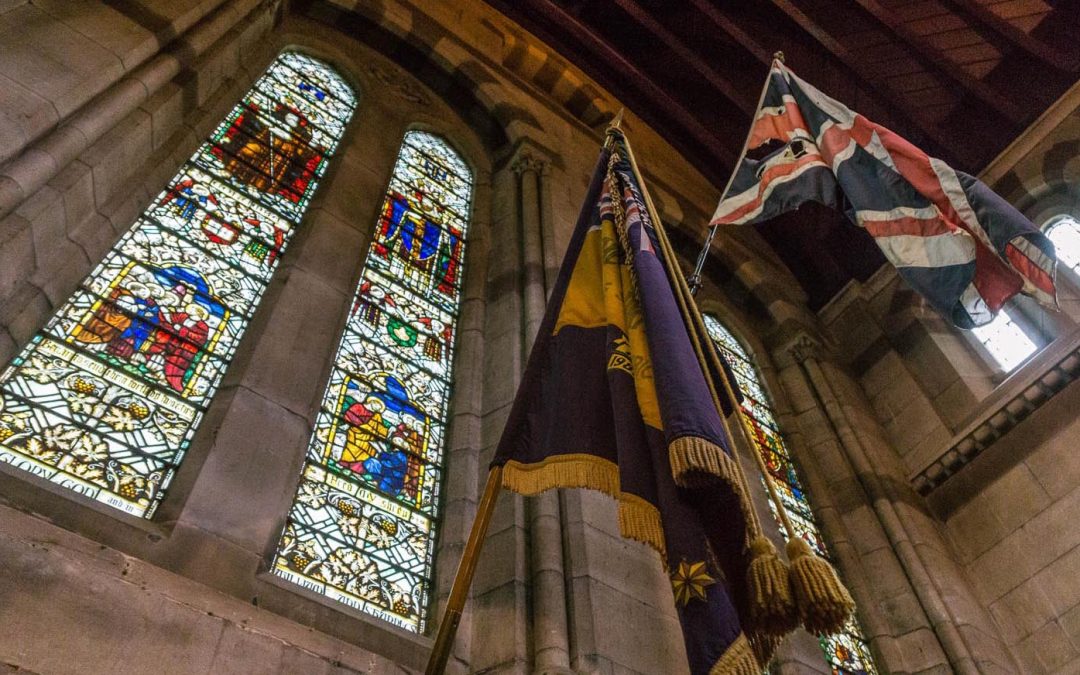 GRU tag at top of shaft slanting from left to right
13 H 14.

There is a small plaque below the cross member 1914 -1918. This cross temporarily marked the grave of an Unknown British Soldier on the Western Front and is entrusted to your care by the Imperial War Graves Commission .

Other information
Mounting to wall: The Cross is nailed to the wall, on the left side half way down of the church. There are two hand written scrolls one on either side of the cross commemorating those who served from the first world war.
Detailing: The cross is in good condition, dark stained, pointed at the end
Evidence of use in field (earth marking, cracking, staining, shrinkage): No evidence of use in the ground
Surface insertion depth (into ground if apparent):
Finish (varnish, paint, oiled, unfinished etc): The cross has had a coat of Sikkens as one of the church volunteers Peter Jarvis found the cross in the vergers shed, coated it and put it back on the wall. A lovely man
Condition (cracked, paint peeling, woodwork, damage etc):

Notes and observations:
The inside of the Church is quite breathtaking particularly the dome as can be seen in the photograph. Having made contact with the parish office we made arrangements to meet Sarah who kindly showed us round. There is a memorial board and on either can be found the names of 306 men from the parish of only 2000, who served in the Great War, 33 of those did not return.

Peter Jarvis gave us some interesting information with regard to people buried in the churchyard. There is the grave of a German airmen marked only by a slight rise in the ground, he was in a Juncker plane shot down nr Bromborough, people there were not happy about having him buried in their churchyard. There are two German airmen also unmarked grave buried next to an RAF pilot. 3 polish airmen from 601/602 polish squadron had also been buried there but have since been repatriated, all these from the second world war.

The church was built by the Naylor family in 1862 for the local people. There is a large memorial cross to the fallen on the main road at the entrance to the Church. In the graveyard is is the grave of Sydney Sparks killed in 1937 in a flying accident at Hanworth Aerodrome a Pioneer of Aviation. A Brass tablet in the church also commemorates the kindness of certain ladies of Hooton & District who volunteering organised, equipped and worked a hospital for the sick soldiers of the 18th BATT THE KINGS LIVERPOOL REGIMENT who were training at Hooton Hall and later Knowsley Park. In recognition the men of the battalion presented a bed to the St. John VAD hospital Liverpool.

The church is not open to the public and can only accessed by specific arrangement. 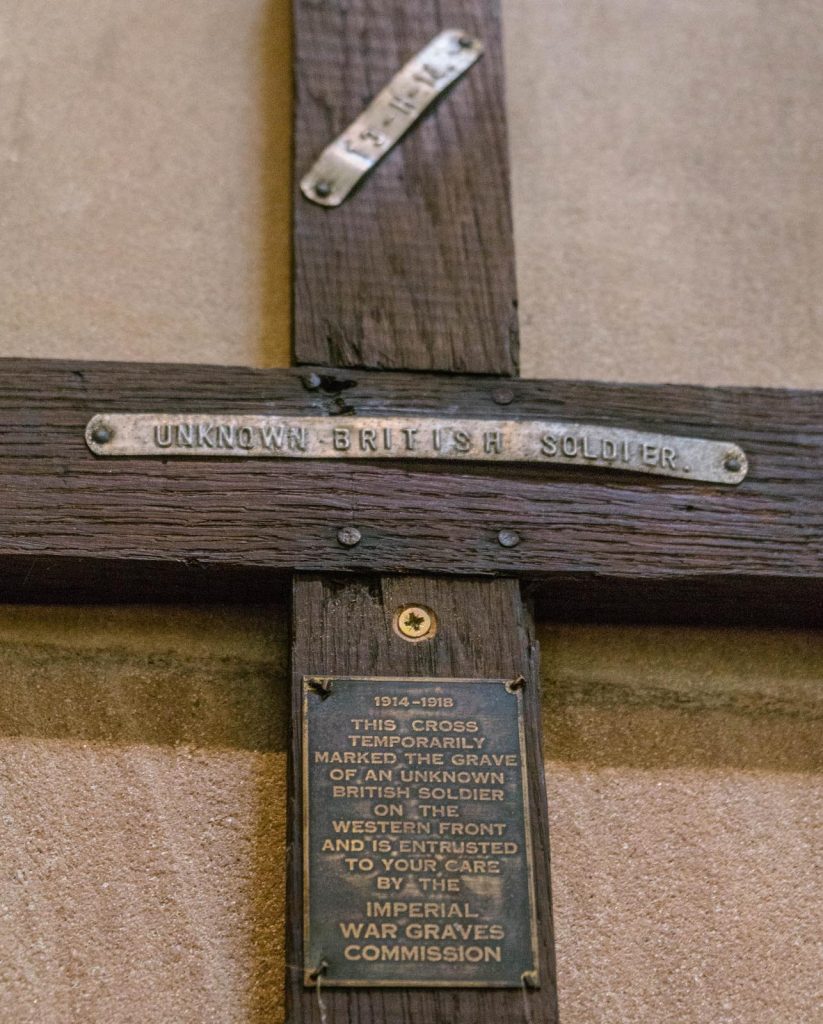 Survey and Photographs courtesy of Margaret Draycott and Beverley Goodwin
Date of survey: 21.9.2016 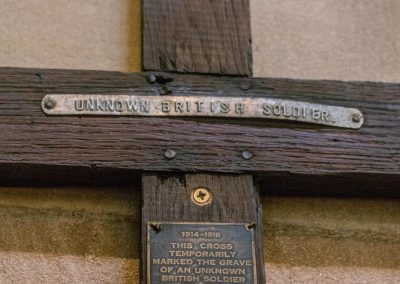 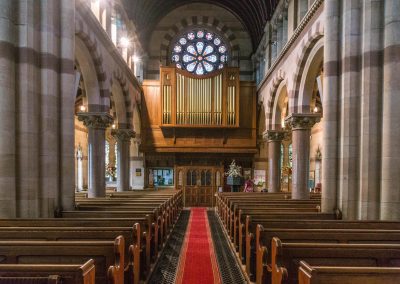 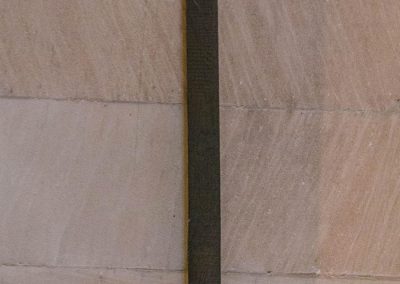 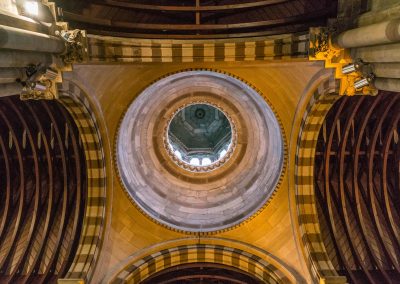 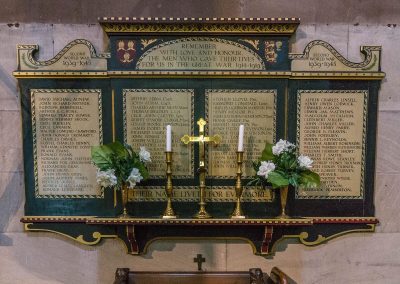 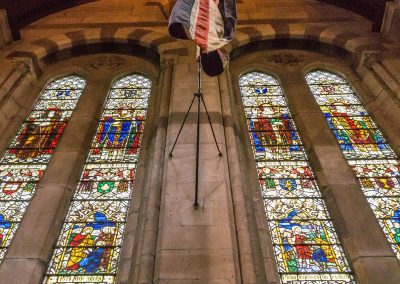 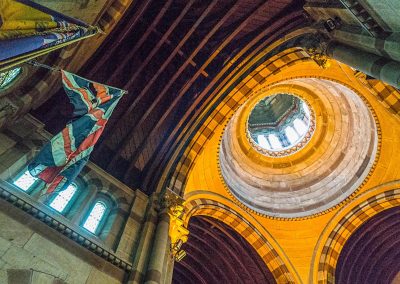 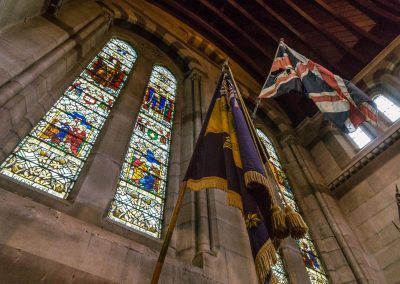 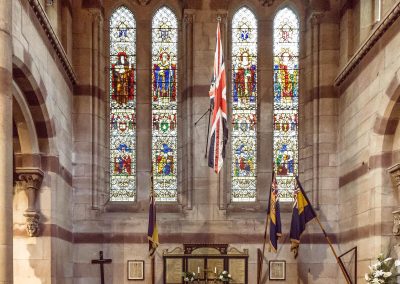 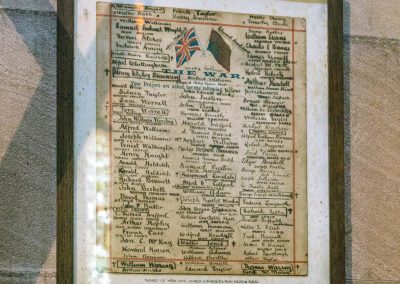 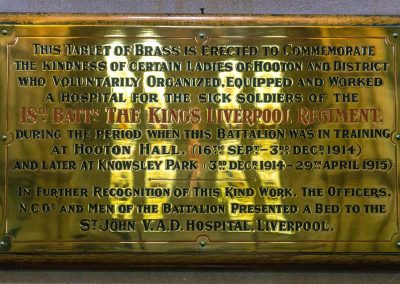 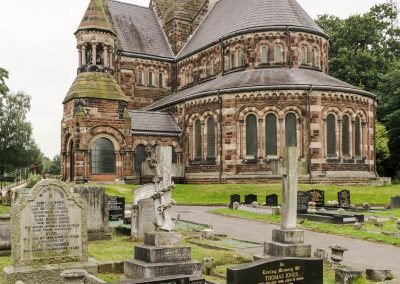 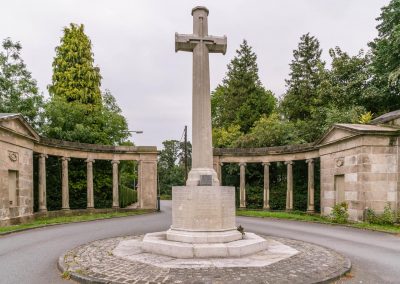