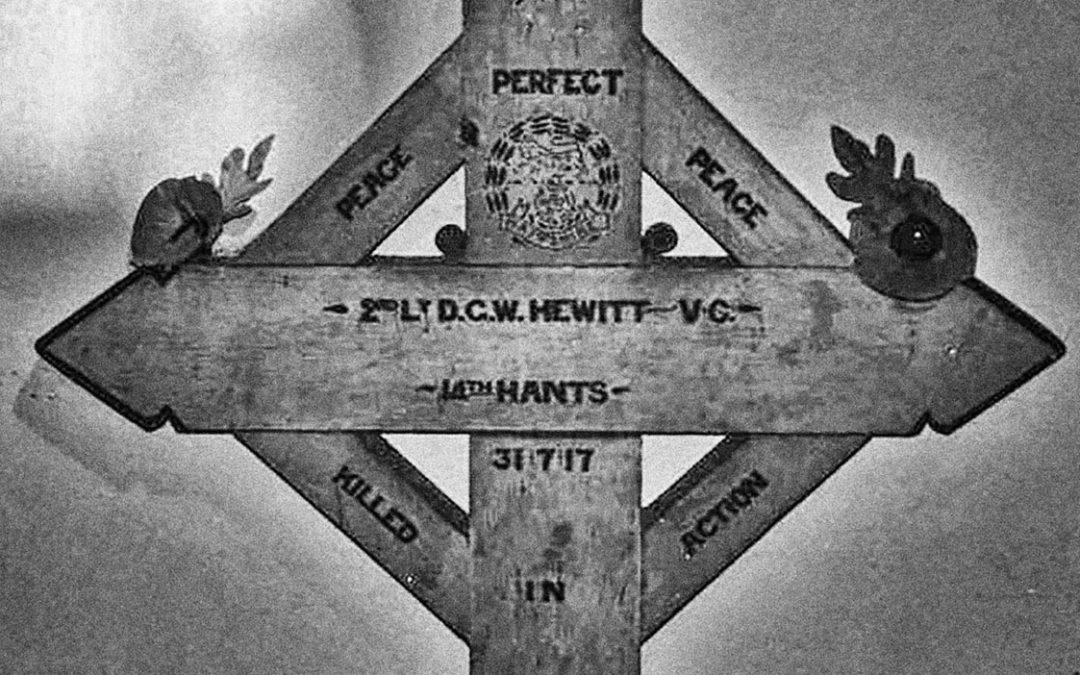 Dennis has no known grave. 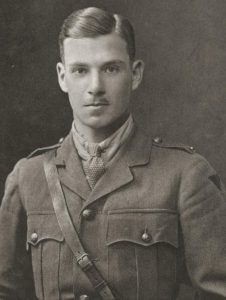 IN PROUD AND LOVING MEMORY OF/ DENIS GEORGE WYLDBORE HEWITT, V.C./ 2ND LIEUT. THE HAMPSHIRE REGIMENT/ DEARLY LOVED ELDER SON OF/ THE HON. GEORGE WYLDBORE HEWITT/ AND ELIZABETH MARY HIS WIFE/ KILLED IN ACTION CLOSE TO ST JULIEN 31ST JULY 1917/ AGED 19 1/2 YEARS/ AWARDED THE POSTHUMOUS HONOUR OF THE VICTORIA CROSS/ “FOR MOST CONSPICUOUS BRAVERY AND DEVOTION TO DUTY”/ WHILE LEADING HIS COMPANY AGAINST THE ENEMY/ AT THE THIRD BATTLE OF YPRES. “GREATER LOVE HATH NO MAN THAN THIS,/ THAT A MAN LAY DOWN HIS LIFE FOR HIS FRIENDS.”/ ST JOHN 15.13.

Memorial to Dennis George Wyldbore Hewitt V.C. Killed in action close to St. Julien on 31st July 1917 aged 19 1/2 years. In All Saints’ church. The brown wooden plaque records that the wooden cross below was “erected by the regiment and removed from the battlefield where he fell”.

On 31 July 1917 north-east of Ypres, Belgium, when his first objective had been captured, Second Lieutenant Hewitt reorganised his company and moved forward. Whilst waiting for the barrage to lift, he was hit by a piece of shell which exploded the signal lights in his haversack and set fire to his equipment and clothes. He extinguished the flames and then, despite his wound and severe pain, he led forward the remnants of the company under a very heavy machine-gun fire and captured and consolidated his objective. He was subsequently killed by a sniper while inspecting the consolidation and encouraging his men. Hewitt’s battlefield cross, erected by his regiment though his body was never recovered. He has no known grave and is commemorated on the Menin Gate (Wikipedia).

He is also remembered at Winchester school (Weblink) 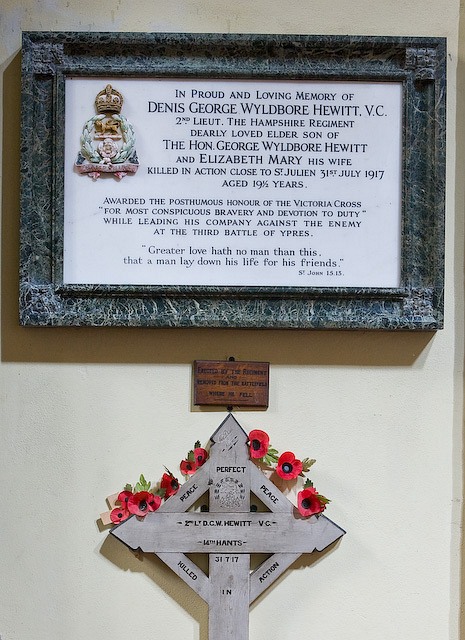