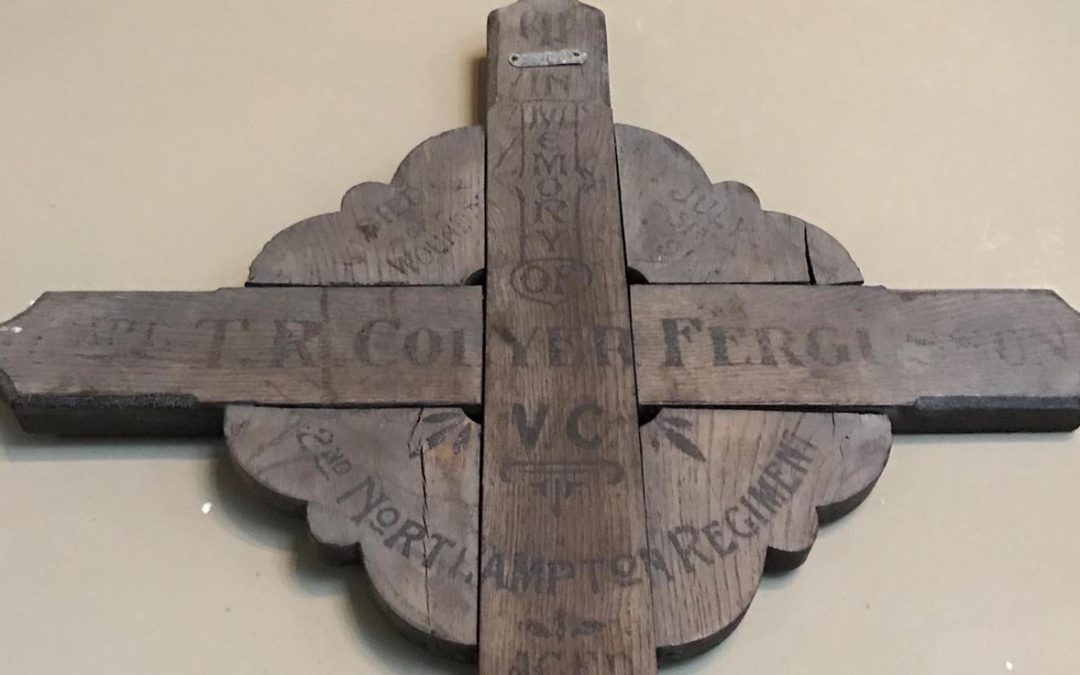 below tag descending down shaft
IN MEMORY OF

On top half of left hand side of circle

DIED OF WOUNDS. On Right had side top of circle almost illegible JULY 31st 1917.

From left to right on lower half of circle 2nd Northampton Regiment.

Text type (e.g. hand-written, GRU tags, carved):small metal tag at top of cross illegible possibly GRU, all other details hand painted in black. Some having faded quite a bit, but legible.

Other information
Mounting to wall: Sitting on a wooden plinth with a hook on the back at the top to secure to the wall. The cross is on the right hand side to the rear of the chapel. To the left of the cross on the wall is a laminated
Detailing: Evidence of use in field (earth marking, cracking, staining, shrinkage): Wood slightly lighter in colour, wood a bit rough at the end , cut straight had to peer behind poppy posy to see it.
Surface insertion depth (into ground if apparent): 150mm approximate
Finish (varnish, paint, oiled, unfinished etc): Stained originally but that has faded considerably, no varnish. Chamfered edges to cross member painted black. Dark stained discolouration towards lower end of shaft
Condition (cracked, paint peeling, woodwork, damage etc): some cracking to the circle infill otherwise in good condition 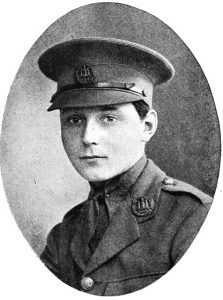 Biographical Notes and observations:
Thomas Riversdale Colyer-Fergusson was known as Riv. He was born on the 18th February 1896 and was the son of Thomas Colyer-Fergusson and the late Beatrice Stanley Colyer -Fergusson of Ightham Moat, Sevenoaks, Kent. He was a 2nd Lieutenant, acting Capt.

On 31st July owing to difficulties of the ground and enemy wire he was unable to adhere to the original plan finding himself with only a sergeant and five men. He carried out an attack and succeeded in taking an enemy trench and disposing of the garrison. Faced with a heavy counter attack he resisted. During this attack assisted only by his orderly he captured an enemy machine gun and turned it on them killing many and driving others into an adjoining British Unit. Later assisted only by his Sergeant he captured a second enemy gun and joined by other portions of his company was able to consolidate his position. This action took place at Bellewarde in the 3rd Battle of Ypres.   His conduct throughout forms an amazing record of dash, gallantry and skill, he was awarded the V.C. posthumously. He was killed later that day by a sniper and is buried in Menin Road South Military Cemetery Plot 11 E 1. To the left of the cross is a framed commemorative sheet detailing his history. There is also a folder on a table with transcripts of letters written to his family after his death, one was from his commanding officer Lieutenant Colonel Christopher Galbraith Buckle (He was also killed in action on 27th May 1918 aged 30). There are quite a number of pages in this folder detailing the life of Thomas Colyer Fergusson (see photographs). His V.C. is also on display in a glass case.

An extract from “The London Gazette,” No. 30272, dated 4th Sept., 1917;
“For most conspicuous bravery, skilful leading and determination in attack. The tactical situation having developed contrary to expectation, it was not possible for his company to adhere to the original plan of deployments, and owing to the difficulties of the ground and to enemy wire, Captain Colyer Fergusson found himself with a Serjeant and five men only. He carried out the attack nevertheless, and succeeded in capturing the enemy trench and disposing of the garrison. His party was then threatened by a heavy counter-attack from the left front, but this attack he successfully resisted. During this operation, assisted by his Orderly only, he attacked and captured an enemy machine gun and turned it on the assailants, many of whom were killed and a large number driven into the hands of an adjoining British unit. Later, assisted only by his Serjeant, he again attacked and captured a second enemy machine gun, by which time he had been joined by other portions of his company, and was enabled to consolidate his position. The conduct of this officer throughout forms an amazing record of dash, gallantry and skill, for which no reward can be too great, having regard to the importance of the position won. This gallant officer was shortly afterwards killed by a sniper.”

Thomas had a brother Max Christian Hamilton Colyer-Fergusson who was killed on 13.8.1940 aged 49 he’s buried in Ifield (St,Margarets) churchyard, Cobham. 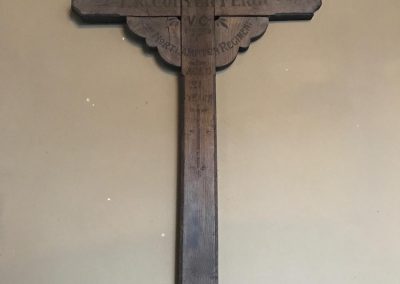 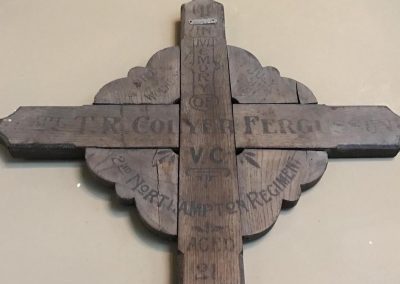 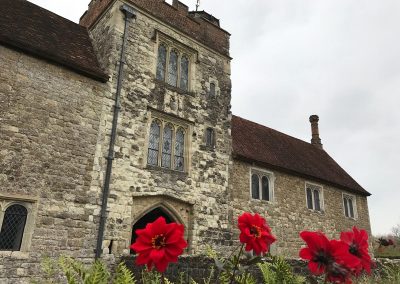 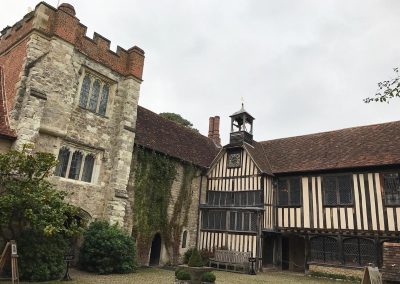 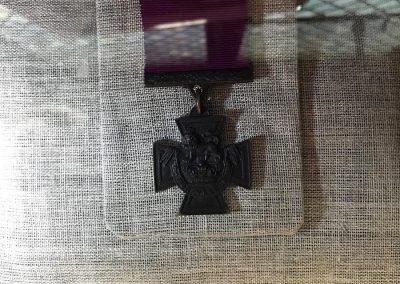 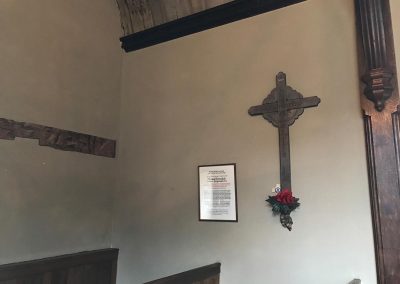