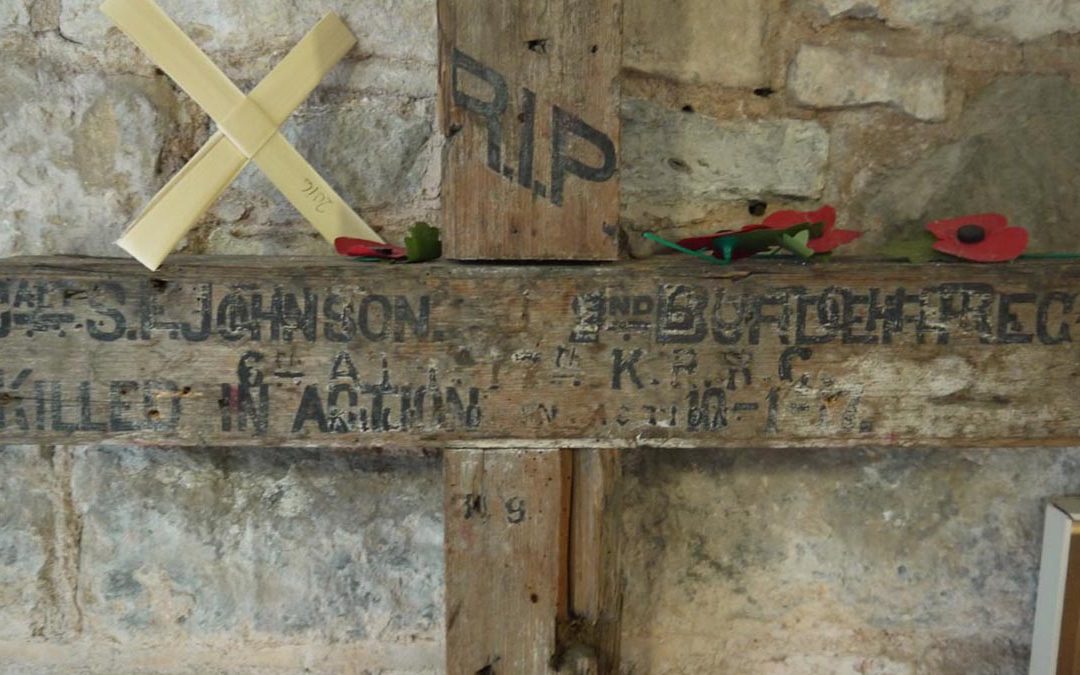 St. Mary’s is located between Lane’s End and Squire’s walk.

Other information
Mounting to wall: Metal bracket on top of upright, hanging on screw in wall.
Detailing: – see below

Bottom of the cross is missing or has rotted away.
No varnish or paint on cross, but polishing of plate on bottom of upright has discoloured the wood slightly.

An interesting cross in that it has two names on it, with the latter being added later. Looks like Capt Johnson has been buried with Col Butcher but some months later. 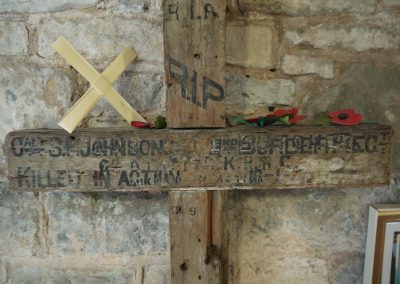 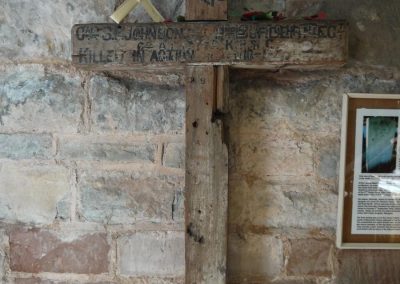 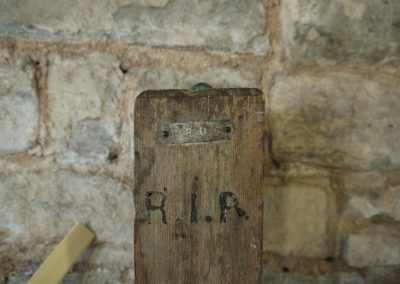 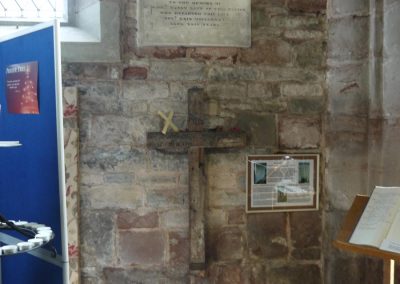 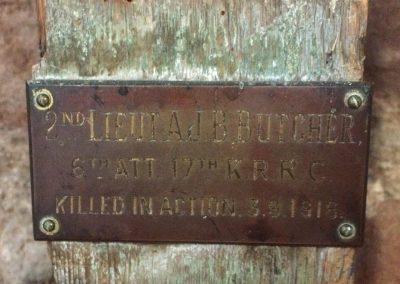 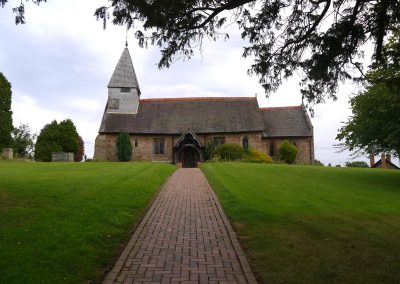 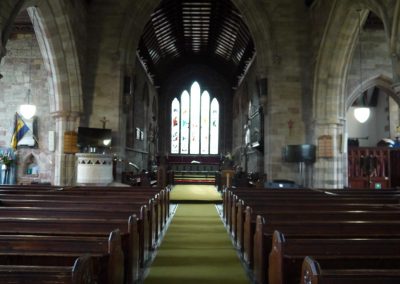 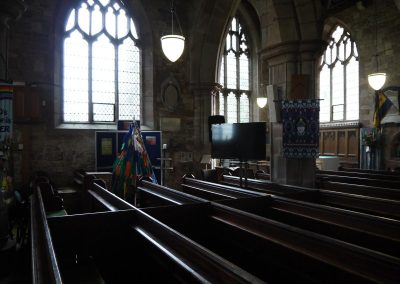 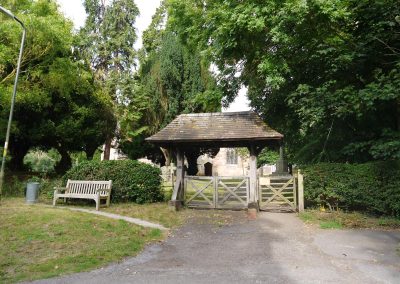 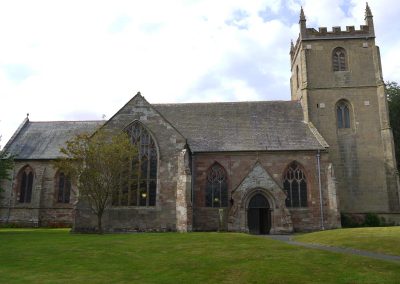 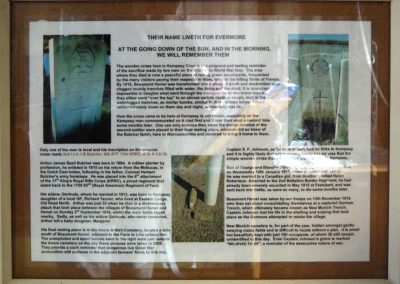