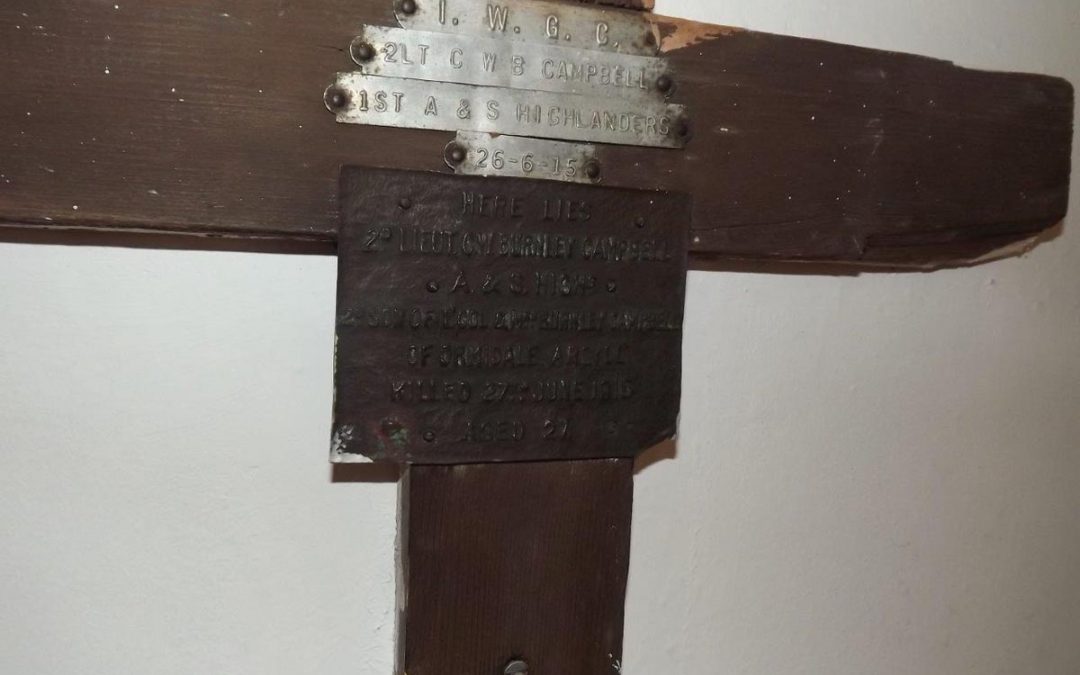 1st A and S Highlanders 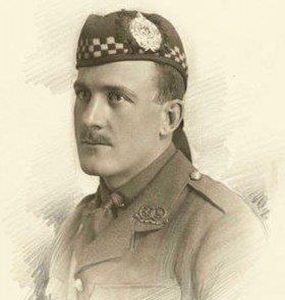 Mounting to the Kilmodan Church wall: It is on the wall of the balcony level of the church. I think that it would be the east wall. There is not another one in the church.

Mounting to wall: Two screws attach it to the wall.

Evidence of use in field: Hammer damage on the top, splinter lost on RH end of the cross shaft.

Condition: The wood is reasonably well preserved and in good condition. The metal tags similarly. The steel plate has rusted somewhat..

LIVES OF THE FIRST WORLD WAR

Colin William Burnley-Campbell died in Armentieres, France in 1915 and was killed in action. Killed by a bullet through the heart, while scouting alone in front of the trenches, He is buried at La Chapelle-d’Armentieres Old Military Cemetery.

UNIVERSITY OF GLASGOW ROLL OF HONOUR

Colin William Burnley-Campbell was born on the 9th March 1888 at Craigmore, Rothesay, Bute, Argllshire, the son of Hardin Burnley-Campbell, a retired Army Lieutenant Colonel, and Margaret Jane Campbell Hunter. Colin was educated at Marlborough College and Ardvreck School, Crieff, before he came to the University of Glasgow in 1906 at the age of 18 to study Engineering, taking classes in Natural Philosophy, Chemistry, Mathematics, Engineering and Drawing. He graduated BSc (Engineering) in 1912.

He was elected an Associate of the Institute of Civil Engineers in 1913 and worked on major civil engineering projects around the world, including a dam in Mexico, asphalt works in Venezuela, waterworks in Syria, and the harbour at Singapore.

When war broke out in 1914, he returned to the UK and accepted a commission in the 1st Bn. (Princess Louise’s) of the Argyll and Sutherland Highlanders.

A family monument was erected within sight of the soldier’s parents’ home. It is in a field. It is about 12 feet high (I would guess), and it has the inscription in Gaelic on one side and English on the other.

Survey courtesy of Scott Galloway for confirmation and photographs. With additional thanks to Sheila Cameron, 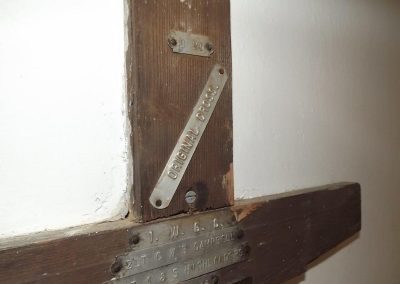 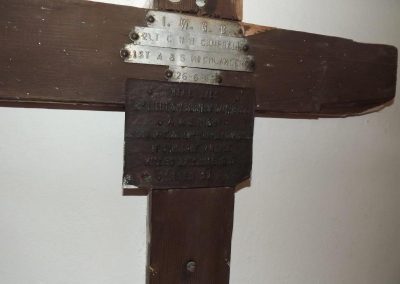 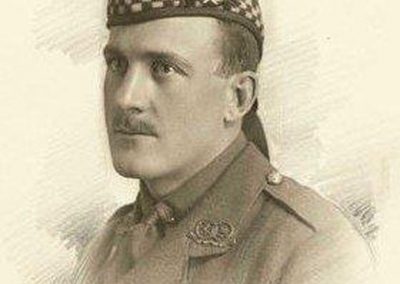 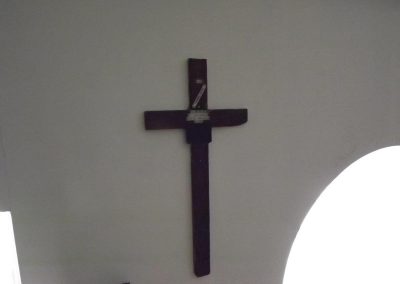 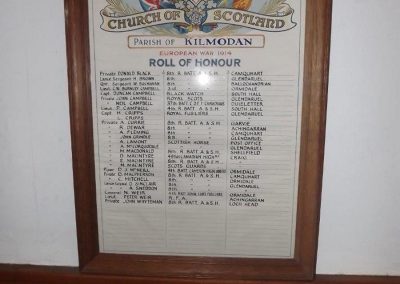 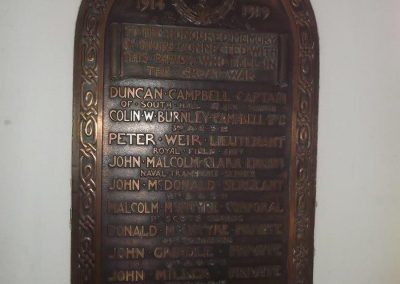 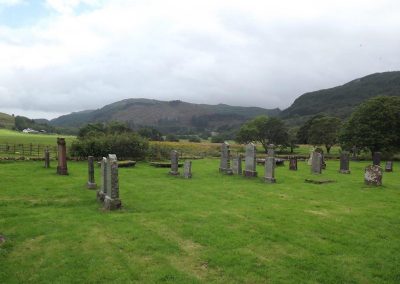 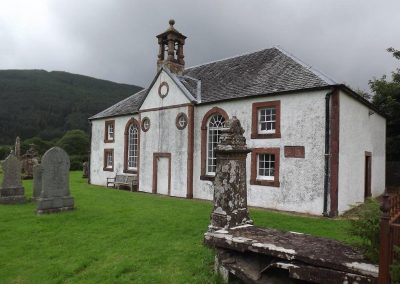 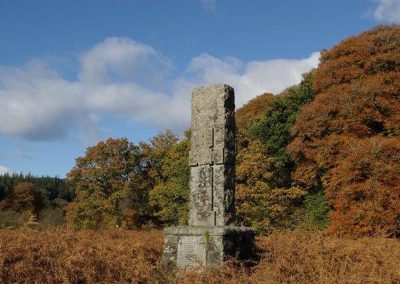 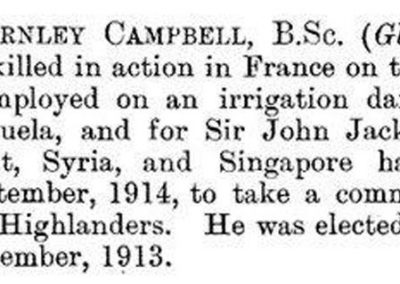