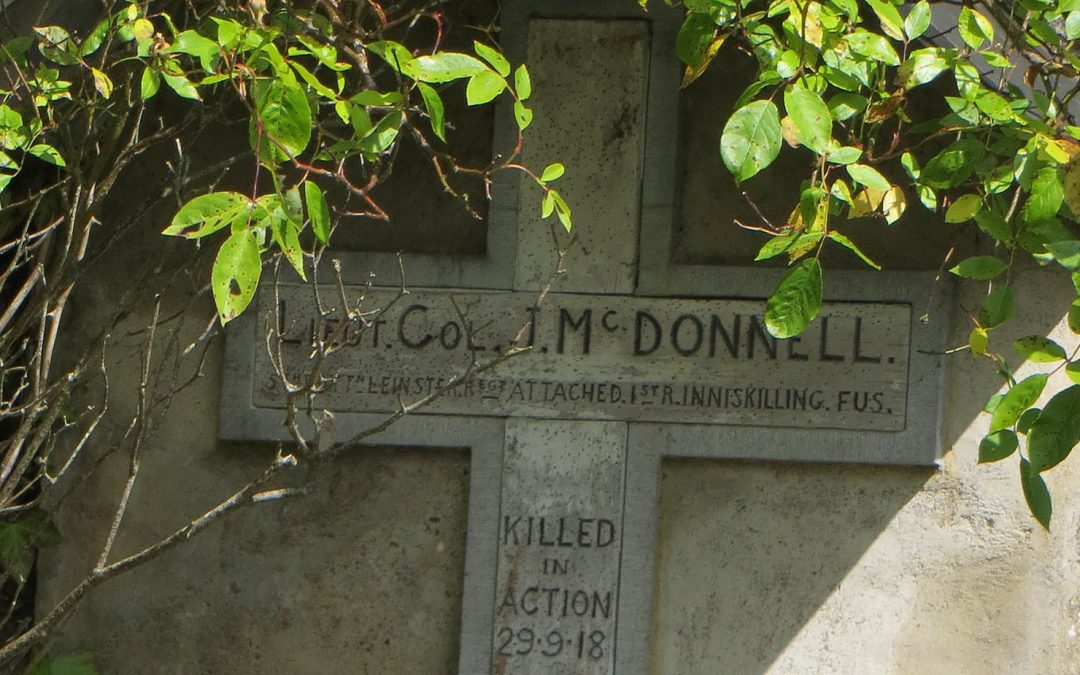 Mounting to wall: Mounted outside set in to a concrete cross with a protective canopy

Condition (cracked, paint peeling, woodwork, damage etc): Some pitting marks and broken off at the bottom.  However for a cross outside it is in remarkably good condition.

There is a plaque underneath the cross that states “ Above is the original cross erected on the grave of Lt. Col. John McDonnell.  5th Batt. Leinsters (Royal Meath Regt) Attached 1st Batt Royal Inniskilling Fus. on the 29th Sept. 1918. In the reservoir cemetery Ypres and was brought from there when the permanent stone was erected in 1924. Lt Col. John McDonnell of Kilsharvan was the only child of the late Dr Robert and Mrs McDonnell who are buried within the enclosure” 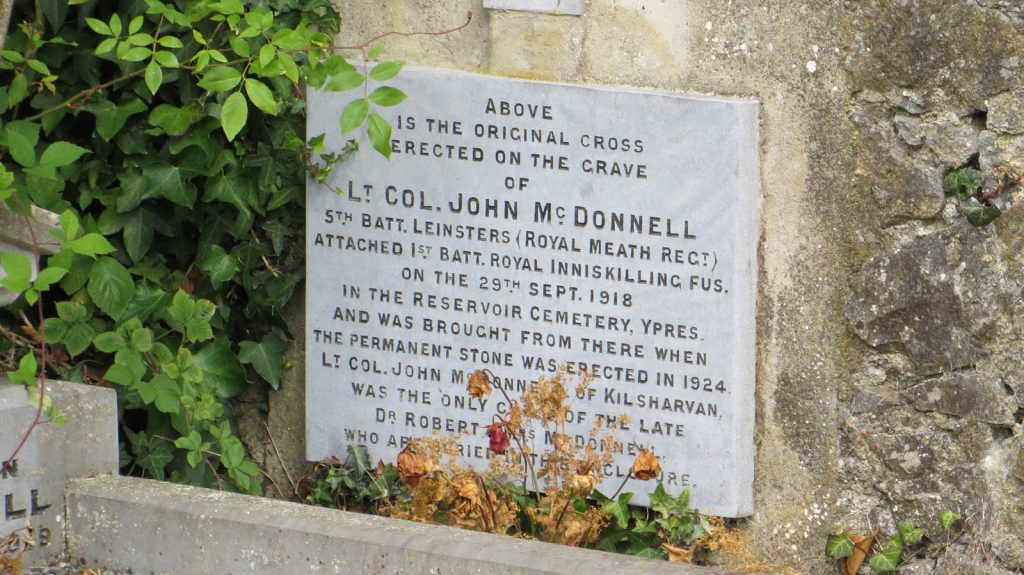 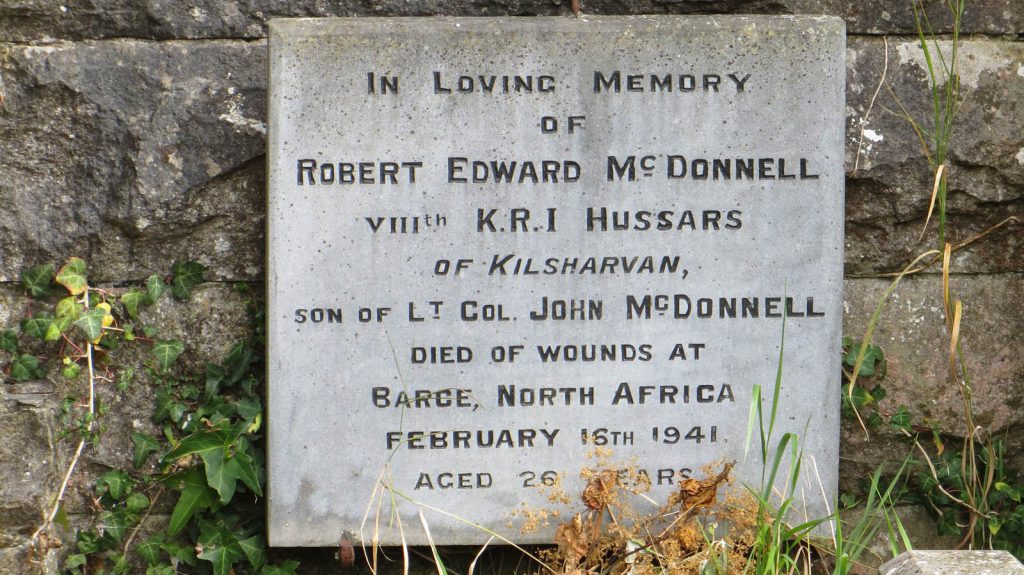 He was the son of Dr. and Mrs. Robert McDonnell, of 89, Merrion Square, Dublin; husband of Senta Woods (formerly McDonnell), of Kilsharvan, Drogheda, Co. Meath. He was 40 when he was killed. The inscription on his permanent gravestone reads “WHOSOEVER LIVETH AND BELIEVETH IN ME SHALL NEVER DIE”

He is buried at Ypres Reservoir Cemetery. 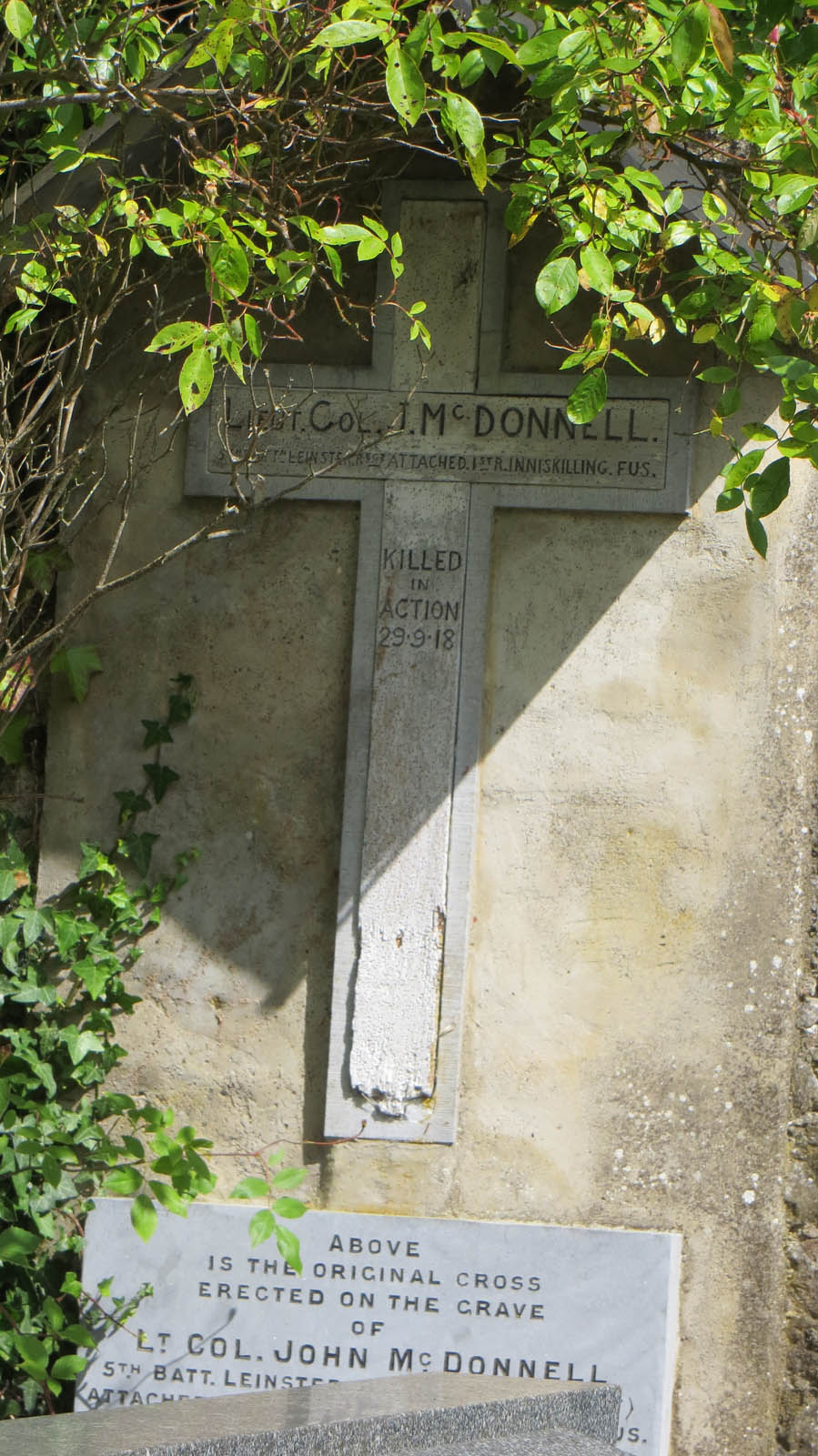