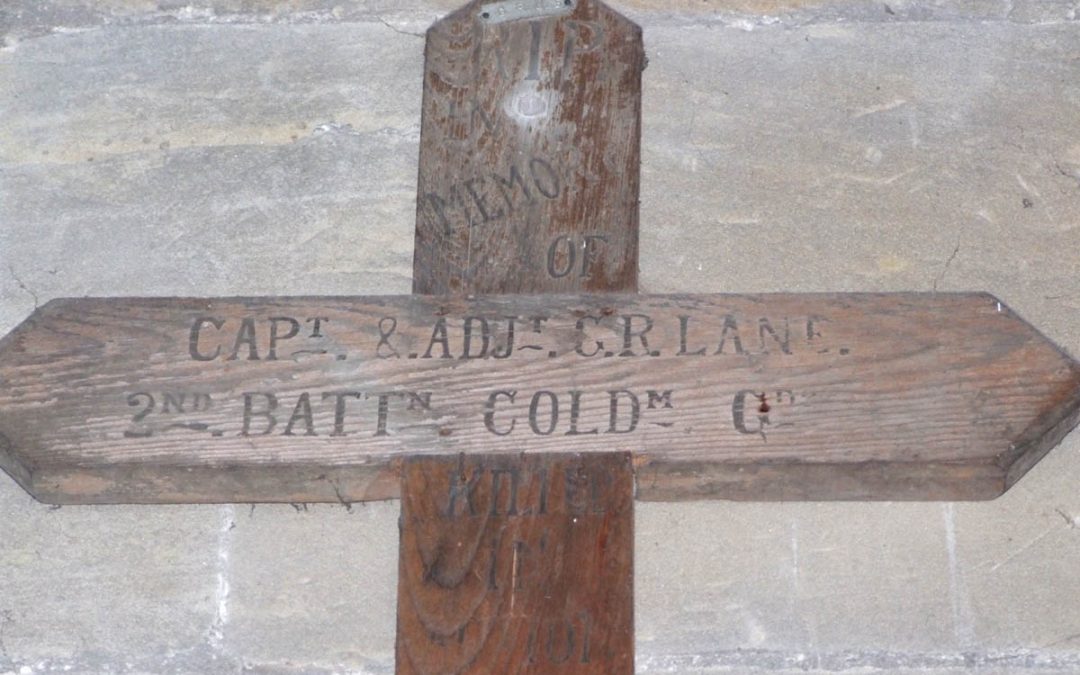 date of death if present is unreadable

Mounting to wall:  Appears to be screwed and plugged to wall at top & bottom of shaft & holes filled

Evidence of use in field: staining at base of shaft

Finish: probably varnished which remains more intact on the shaft than the cross beam

Condition: woodwork appears to be sound but lettering very faded in places

Captain George Roland Lane MC born 27 Feb 1894 the son of Major General Sir Ronald Bertram Lane KCB KCVO and Lady Augusta Sarah Lane nee Beaumont.  He was born in London but his father was a native of King’s Bromley.  The Lane family were Lords of the Manor from 1786 -1921.  He was previously wounded in 1914 and killed in action in France on 15th September 1916 during an attack on Lesboeufs.  He is buried in Guards’ Cemetery, Lesboeufs, 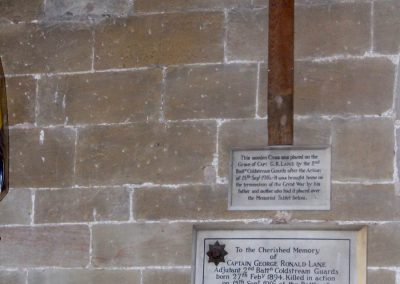 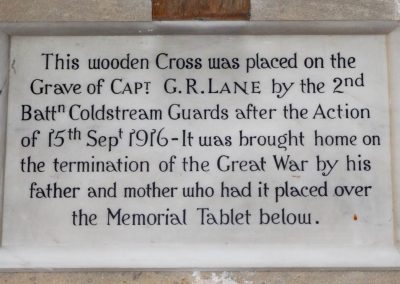 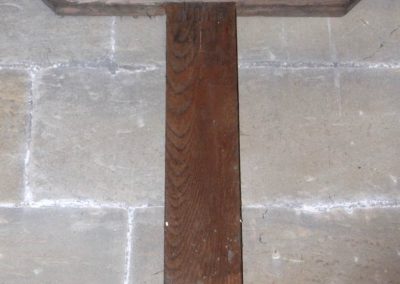 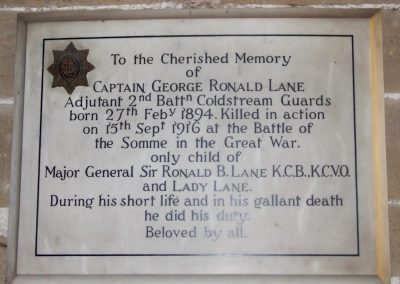 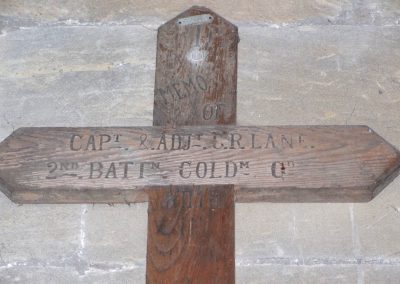 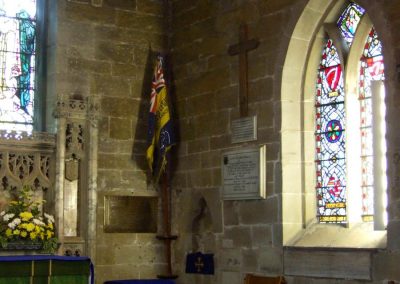 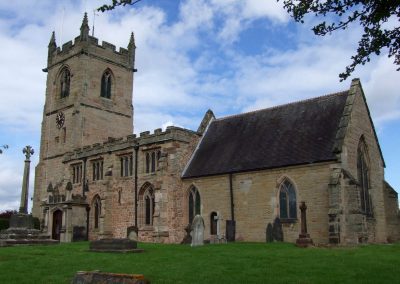