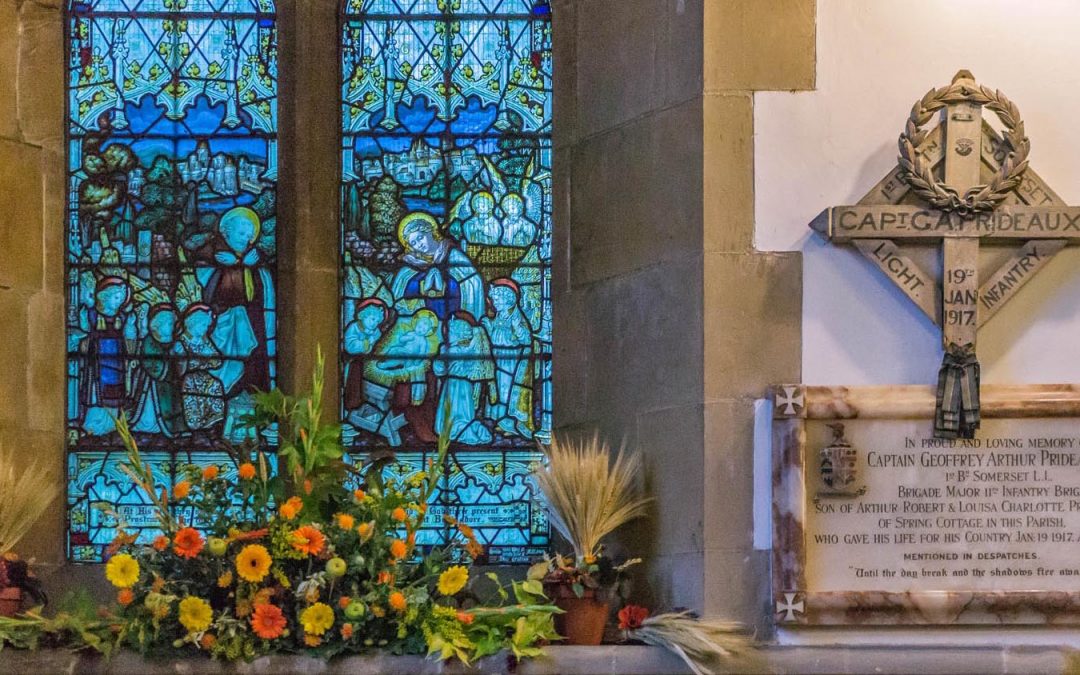 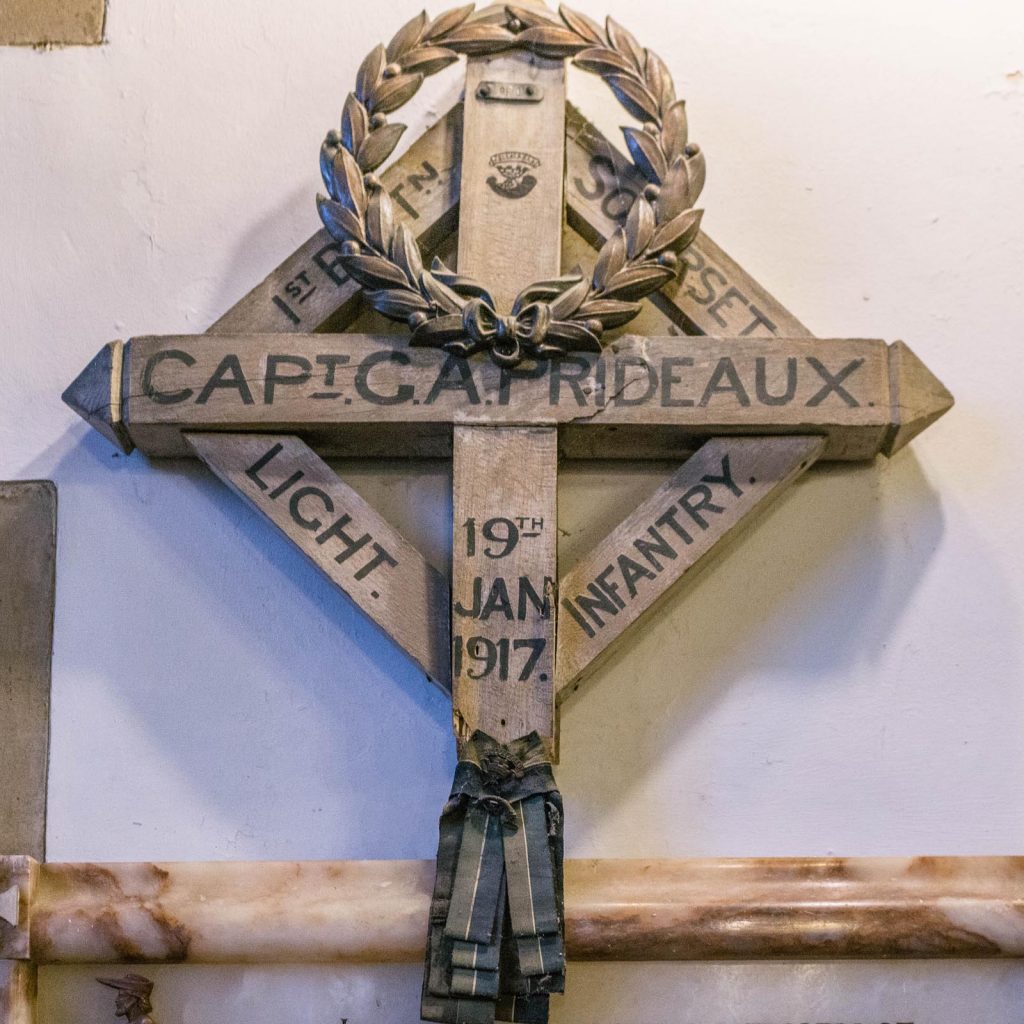 Location:
This is the cross of Captain Geoffrey Arthur Prideaux MC. It is located on the on the east wall of the north transept (to the left of the altar as you face it).

Other information
Mounting to wall: mounted to the wall by screws.
Detailing:
Evidence of use in field (earth marking, cracking, staining, shrinkage): No evidence of use in the field as the bottom of the cross has been sawn off and left in a rough condition.
Surface insertion depth (into ground if apparent): n/a
Finish (varnish, paint, oiled, unfinished etc): rough unfinished light wood
Condition (cracked, paint peeling, woodwork, damage etc): The wood is cracked in places but overall the cross is in good condition.

Notes and observations:
Underneath the cross there is a marble and alabaster tablet measuring 889mm by 559mm. It displays the Prideaux family crest and the inscription:

“In proud & loving memory of
Captain Geoffrey Arthur Prideaux, M.C.,
1st Bn Somerset L. I.,
Brigade Major 11th Infantry Brigade
Son of Arthur Robert & Louise Charlotte Prideaux
Of The Spring Cottage in this Parish,
Who gave his life for his country Jan: 19th 1917, Aged 25. Mentioned in Dispatches
“Until the day break and the shadows flee away.” 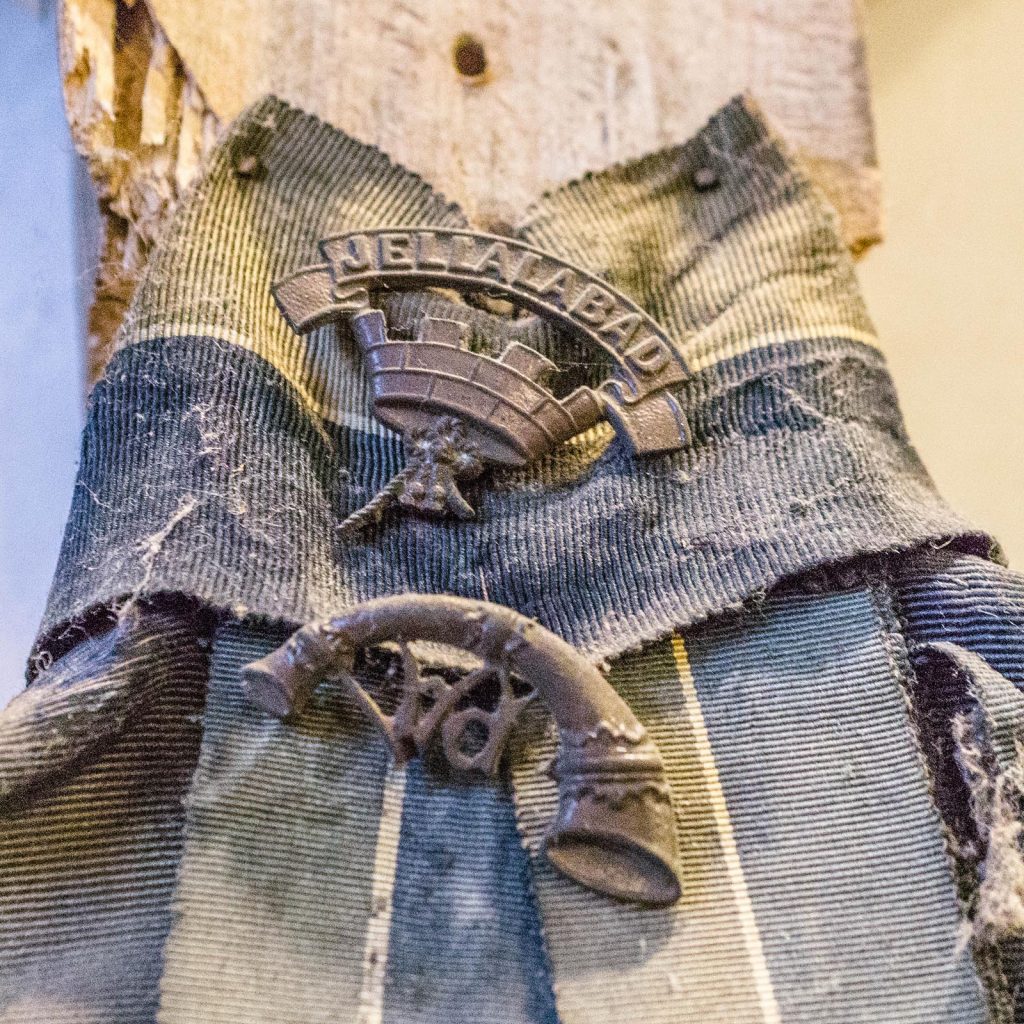 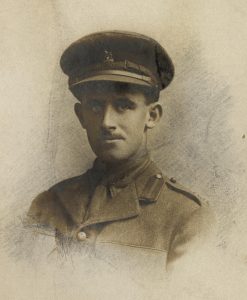 Geoffrey Arthur Prideaux was the son of Arthur Robert Prideaux and Louise Charlotte Prideaux of 13 Talbot Square, London. He was born on 1st August 1891 and educated at Eton until 1909. He was a resident of Spring Cottage, Spring Lane, Lindfield. In January 1910 he passed into the Royal Military College at Sandhurst and went on to receive his commission in the 1st Battalion of the Somerset Light Infantry in March 1911. In April 1914 Prideaux was promoted to Lieutenant and left for the front in August 1914. The regiment was part of the original expeditionary force under General Sir H.L. Smith-Dorrien, and has a rich history. It gained its name from the three month defence of Jellalabad during the first Afghan War (1839-42). The 1st battalion spent the whole of 1914-1918 on the Western Front. By 1917 Prideaux had been promoted to Captain and had also been awarded the MC in the 1916 birthday honours list of George V. He was subsequently twice wounded and mentioned in despatches. He was killed in action near Peronne on 19th January 1917 aged 25. He is buried at Hem Farm Military Cemetery (F24), Somme, France. He is also mentioned on the Eton roll of honour and on the war memorial at St Mary’s church, Taunton, Somerset. 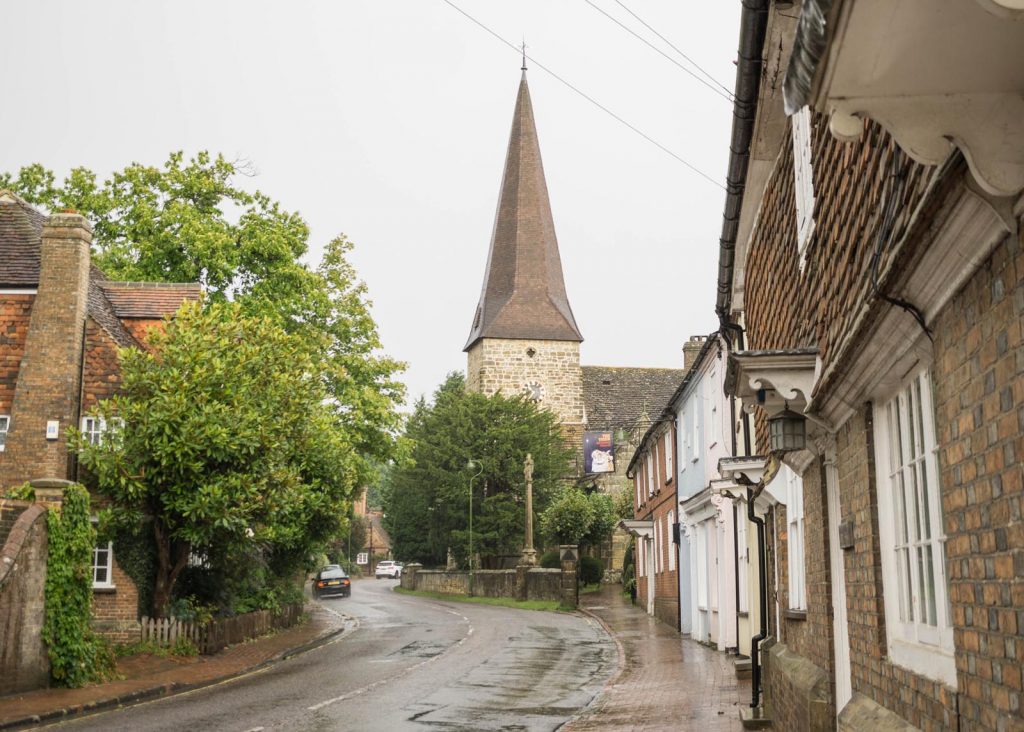 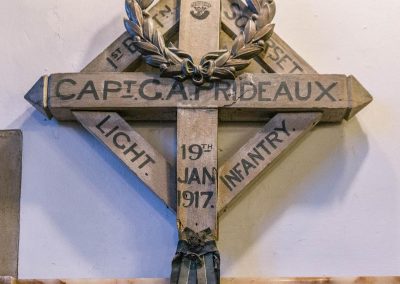 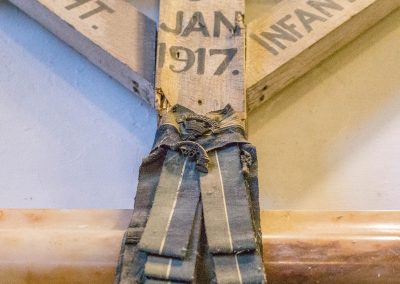 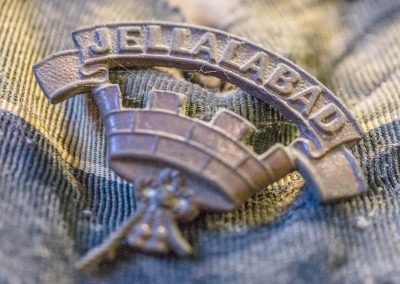 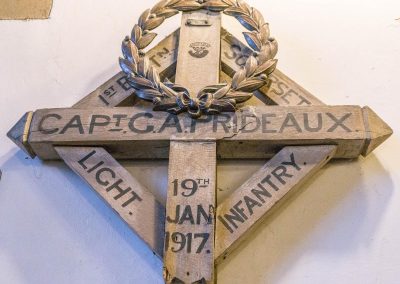 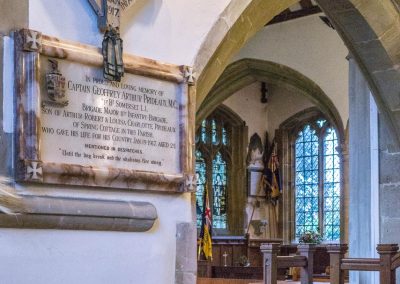 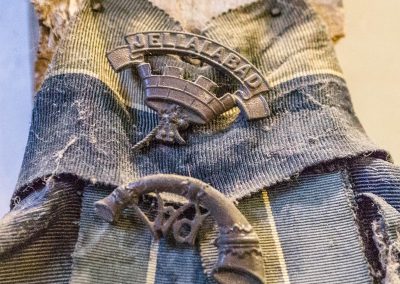 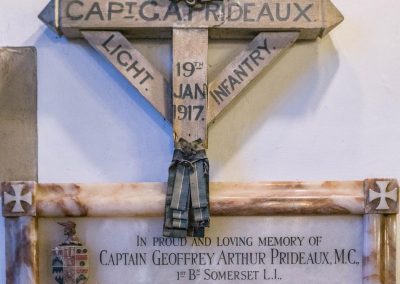 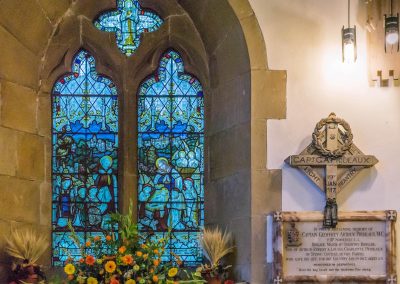 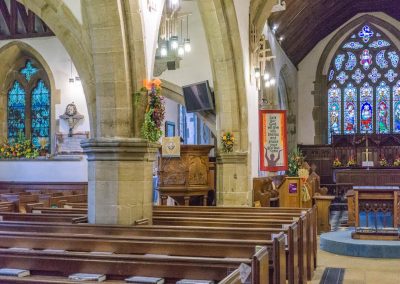 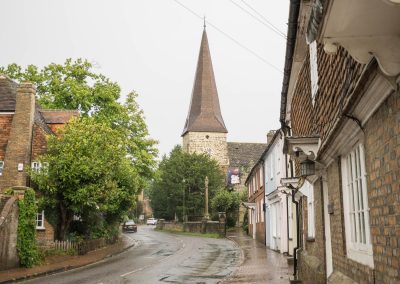 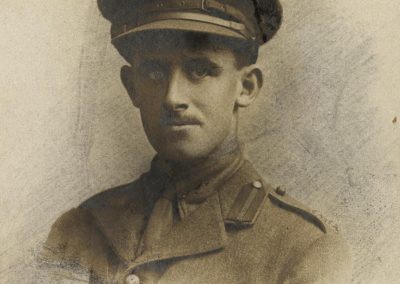