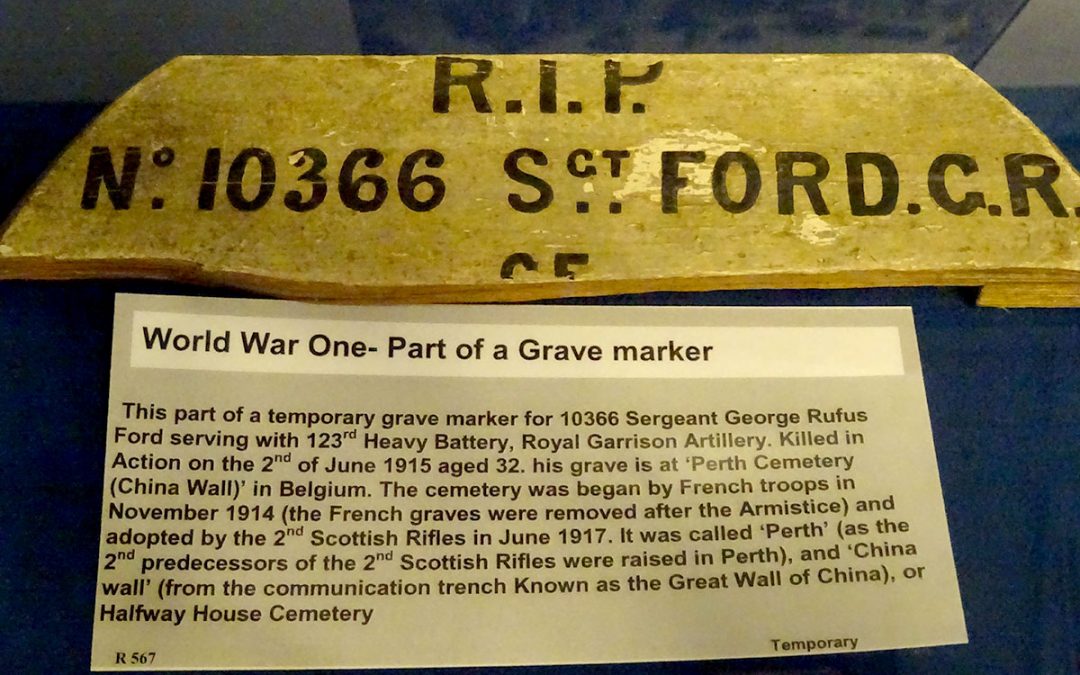 Other information
Mounting to wall: In Display
Detailing:
Evidence of use in field (earth marking, cracking, staining, shrinkage):
Surface insertion depth (into ground if apparent):

Condition: Partial cross, beam only. Could be part of a circle as the ends appear to curve.

World War One – Part of a Grave marker
This part of a temporary grave marker for 10366 Sergeant George Rufus. Ford serving with 123rd Heavy Battery, Royal Garrison Artillery. Killed in Action on the 2ndof June 1915 aged 32. his grave is at Perth Cemetery (China Wall)’ in Belgium. The cemetery was began by French troops in November 1914 (the French graves were removed after the Armistice) and adopted by the 2nd Scottish Rifles in June 1917. lt was called ‘Perth’ (as the 2nd predecessors of the 2nd Scottish Rifles were raised in Perth), and ‘China
Wall’ (from the communication trench Known as the Great Wall of China), or Halfway House Cemetery.

George Ford also appears on the Petworth War memorial. And has been subject to some basic research here Midhurst U3A WW1 War Memorial Project in the Rother Valley.

There may be a second cross at the Royal Artillery Firepower museum, confirmation required.