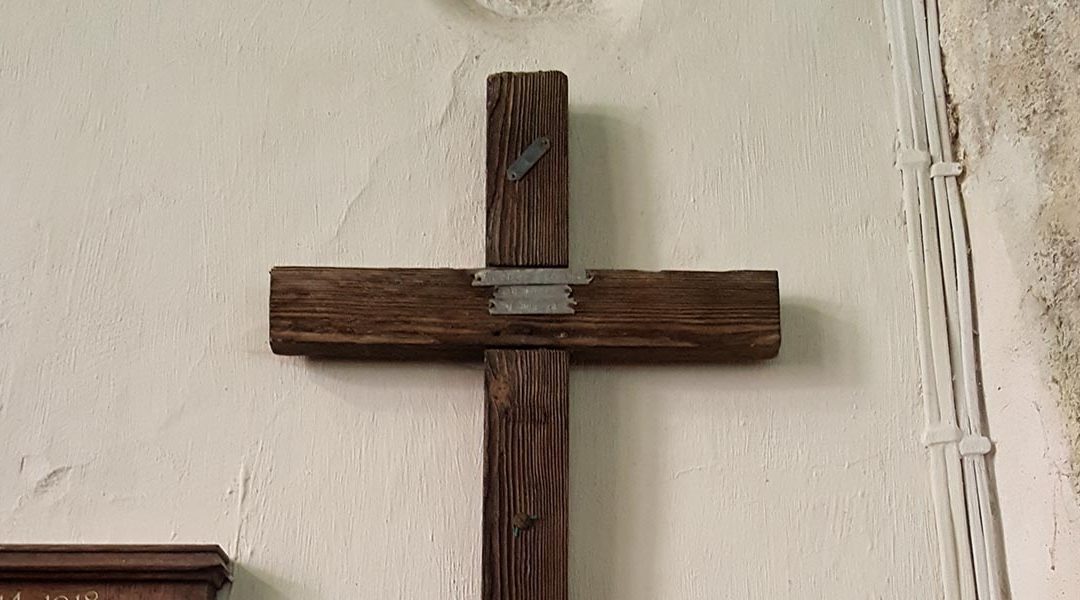 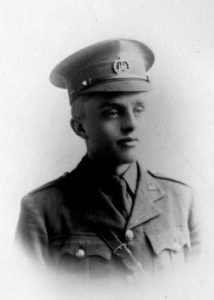 Mounting to wall: Poorly mounted, very loose.
Detailing: None
Evidence of use in field: Rotten at Base. Clearly earth rot.
Surface insertion depth: 190mm
Finish: Unfinished
Condition: Generally fair condition, evident wear on lower portion of shaft and some worm.
Other information, notes and observations: Next to war memorial panel.

Biographical information:
2nd Lieutenant John Gibbons was the second of three sons, his grandfather was a general. His elder brother was Royal Navy. His younger brother was also in the Dorsets and ended up as Lt Colonel of the Regiment.  He went to Sherborne School, he left in August 1916, went to Sandhurst and was there until January 1917 he joined the 6th Battalion Dorset Regiment and died on the 6th of June 1917. He died in Etaples hospital in 6th June 1917 from wounds sustained 2 weeks earlier. 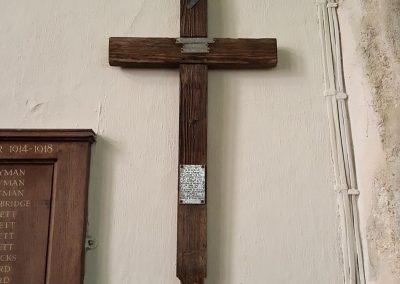 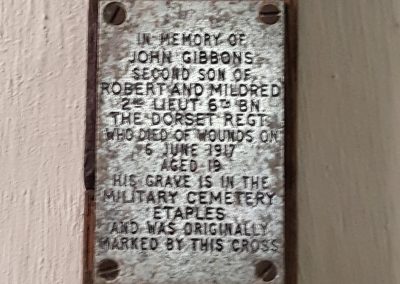 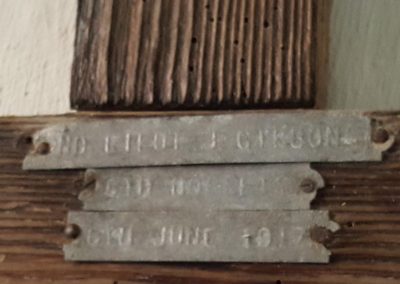 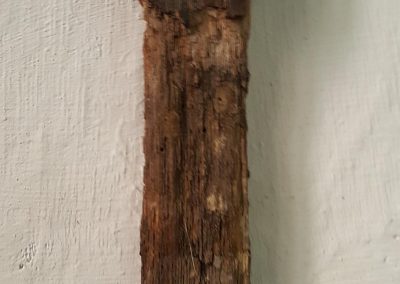