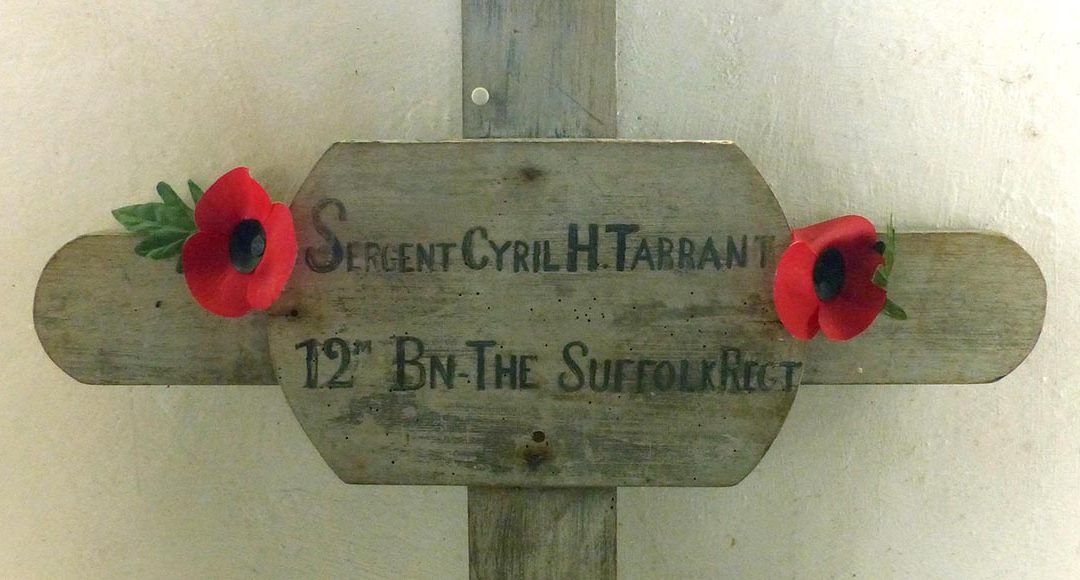 Text type: Text on Cross is carved and painted black

Other information
Mounting to wall: The Cross is freestanding leaning against a wall under a window. The base of the cross is in a mount which looks contemporary with the rest of the Cross. It is painted / washed white wood.
Detailing: None
Evidence of use in field: None
Surface insertion depth: None
Finish: White-washed
Condition: Reasonable condition

Other information, notes and observations:
Attached to the cross is a postcard on which is handwritten an extract from “The Wooden Crosses” by Ernest William Hornung written in 1917:

The brightest gems of valour
In the Army diadem
Are the V.C., D.S.O., and D.C.M.
But those that live to wear them
Will tell you they are dross
Beside the final honour
Of a simple wooden cross

Sergeant Cyril Harold Tarrant enlisted around 7th September 1914 and joined the 9th Suffolks. He transferred to the 12th Suffolk Regiment on the disbandment of the 9th Suffolks in February 1918. The 12th Suffolks were reduced to cadre strength and in June 1918 returned to England. They were then reformed by absorbing the 16th Suffolks and returned to France, landing in Boulougne on 5th July. On the day that Cyril was killed the battalion was in training at Bayenghem-lez-Eperlecques. The War Diary for July records that there were no casualties in the battalion that month so Cyril was probably attached to another battalion at the time of his death.

His cross was returned to the family by an officer of the 9th Suffolk Regiment, 2nd Lieutenant George Head.

(Information about the return of the Cross from the research by Chris Pratt in his folder in St Mary’s Church, Monewden.) 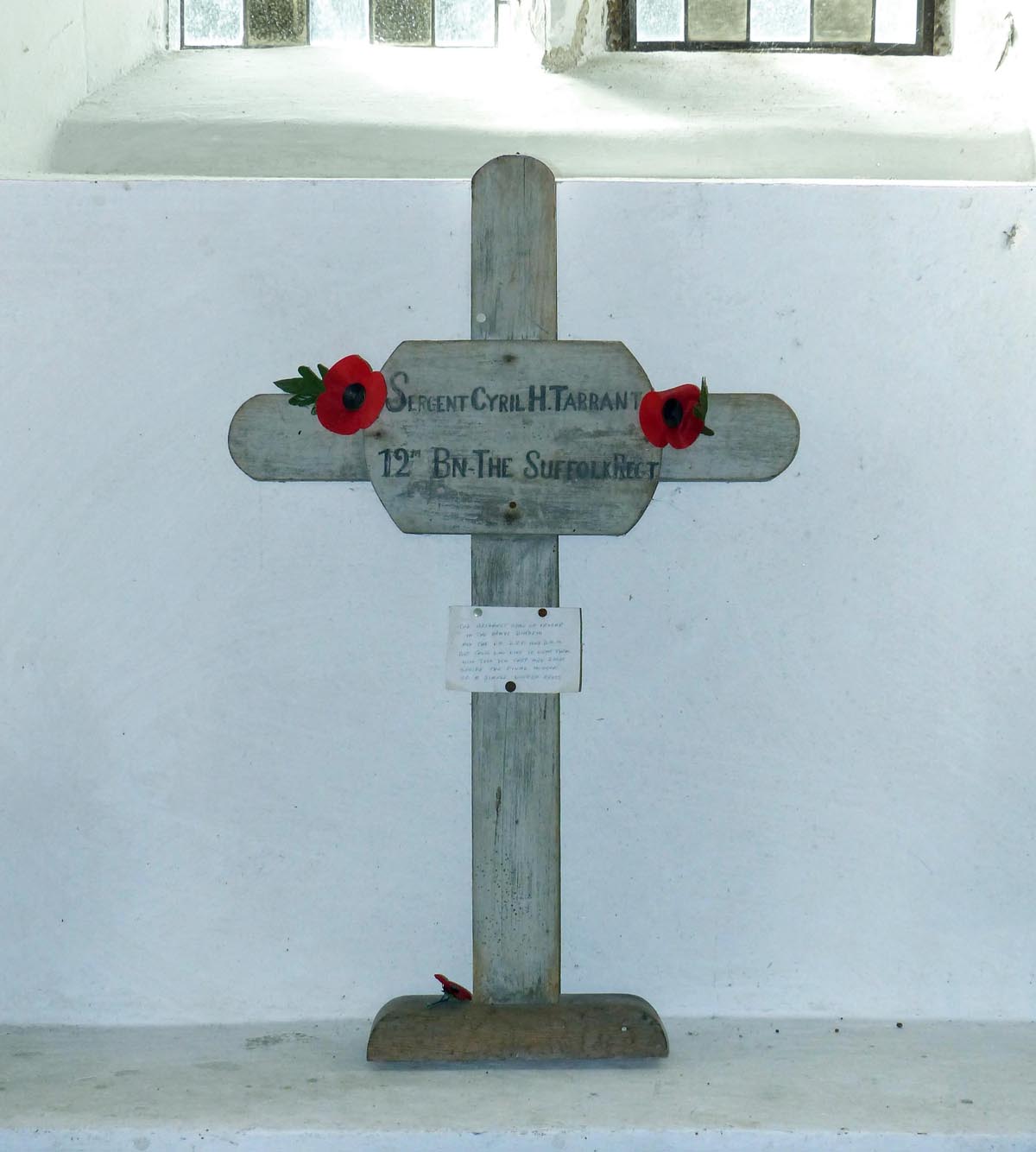 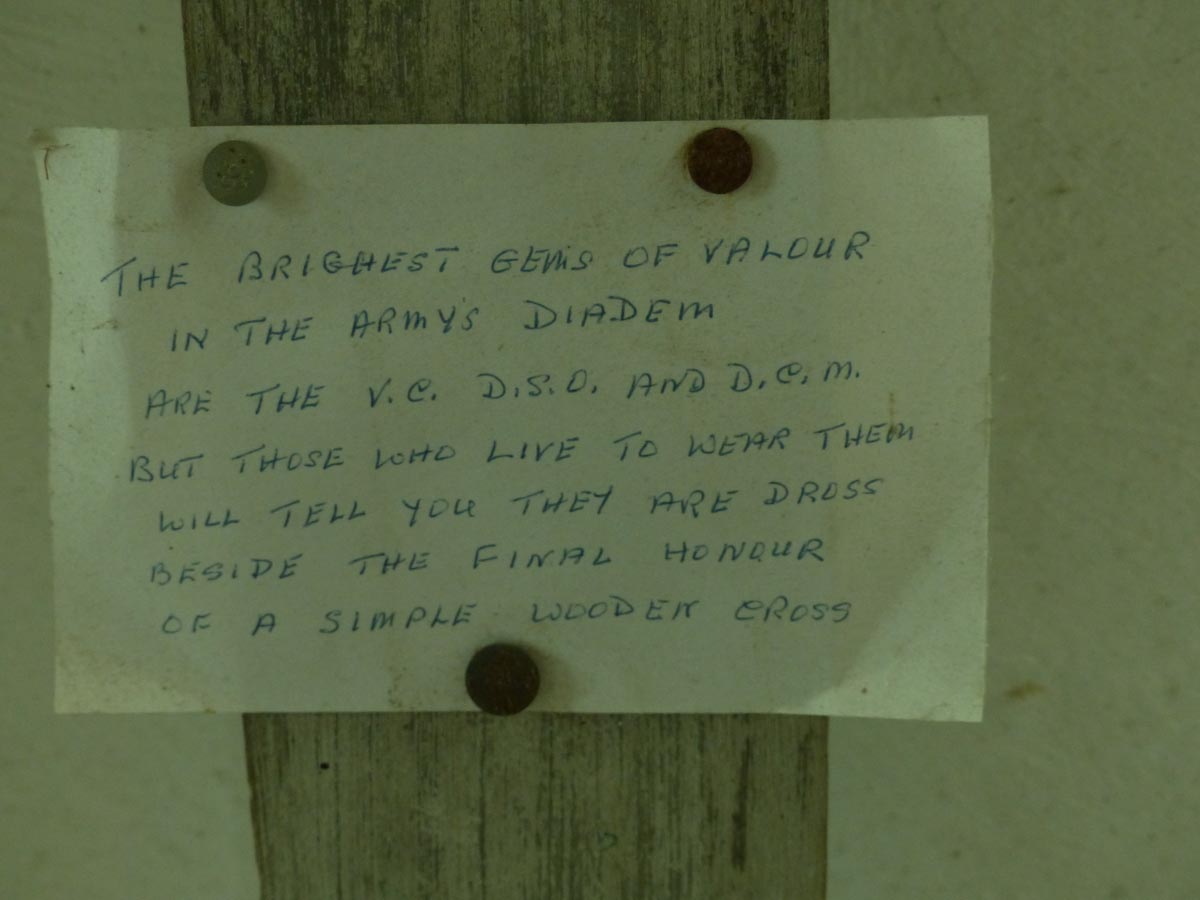 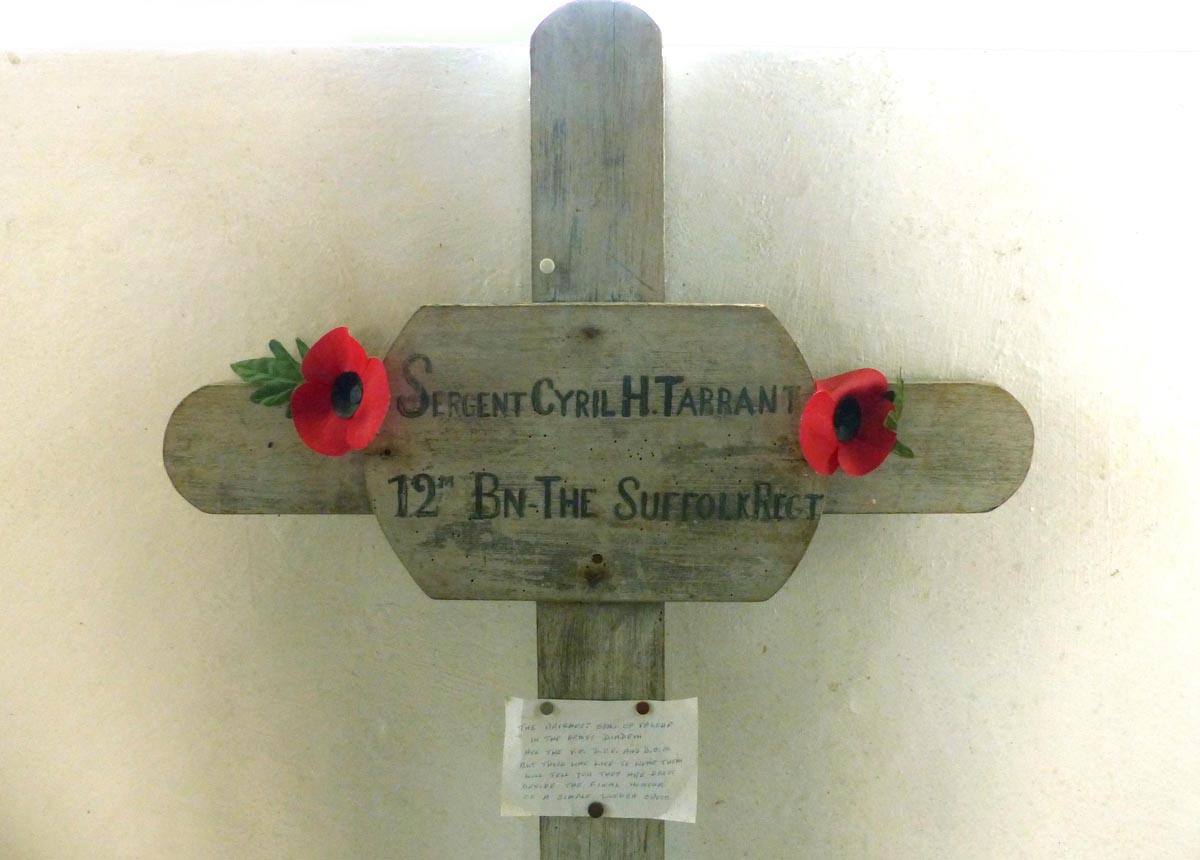 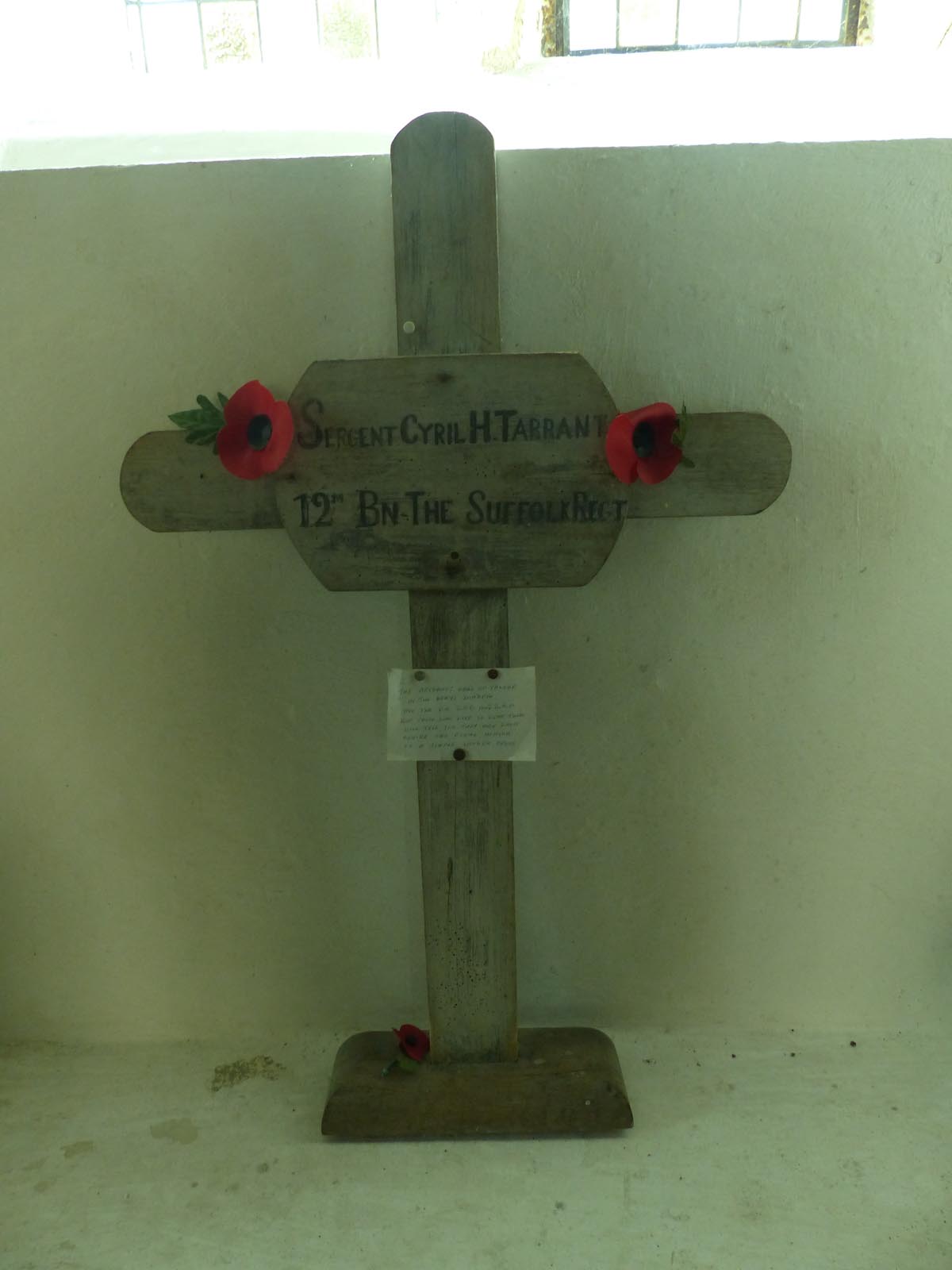 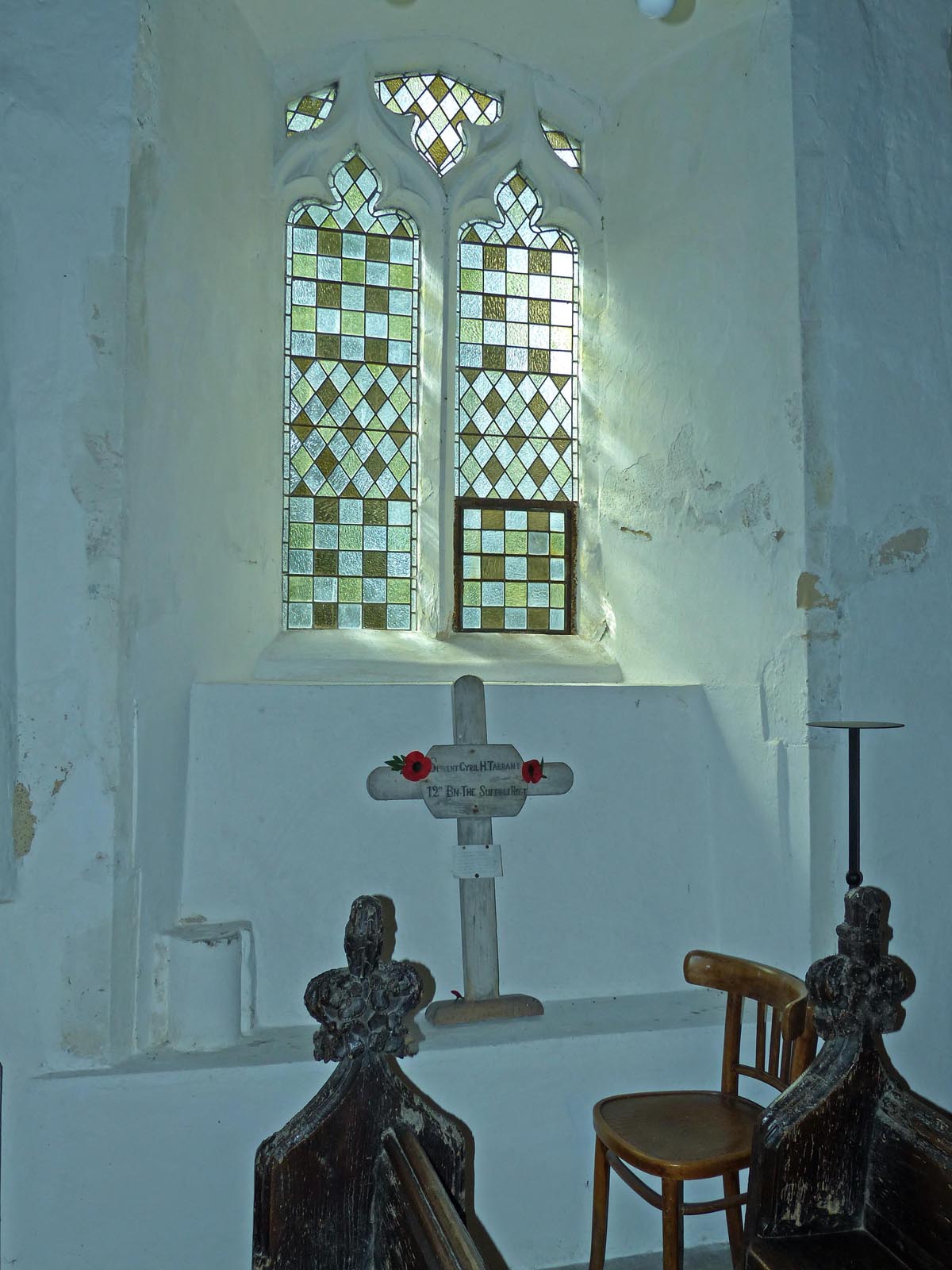 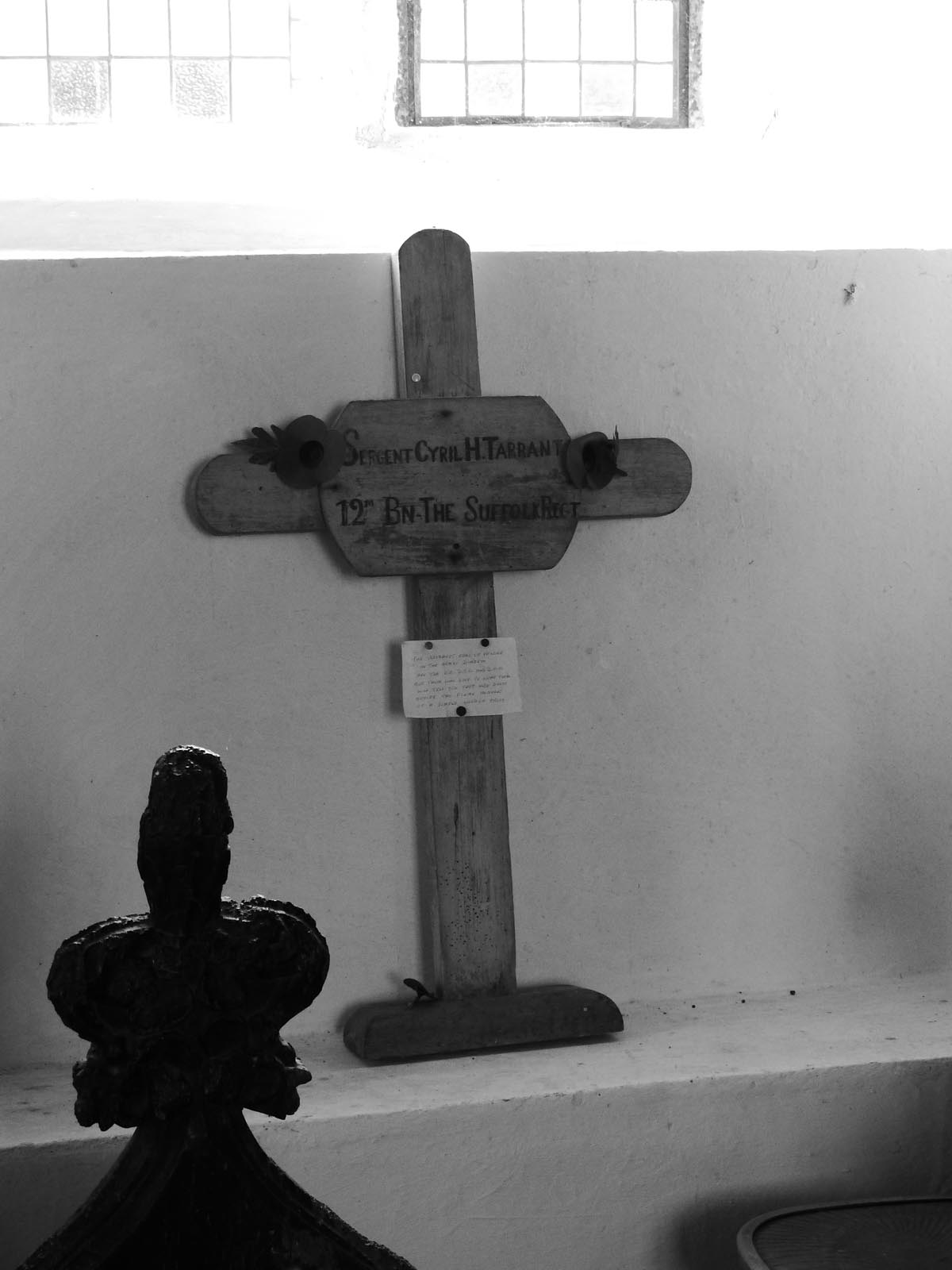 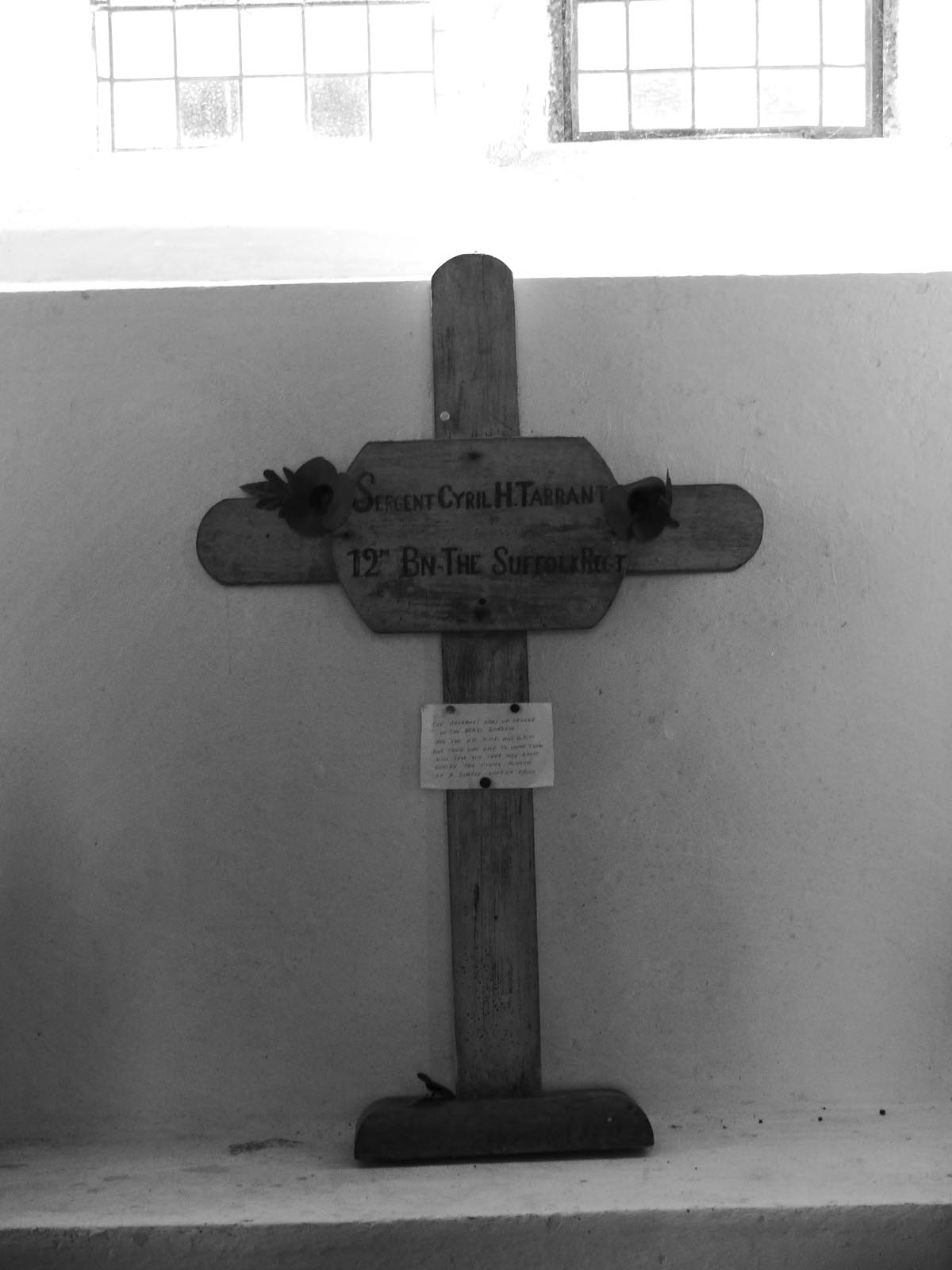 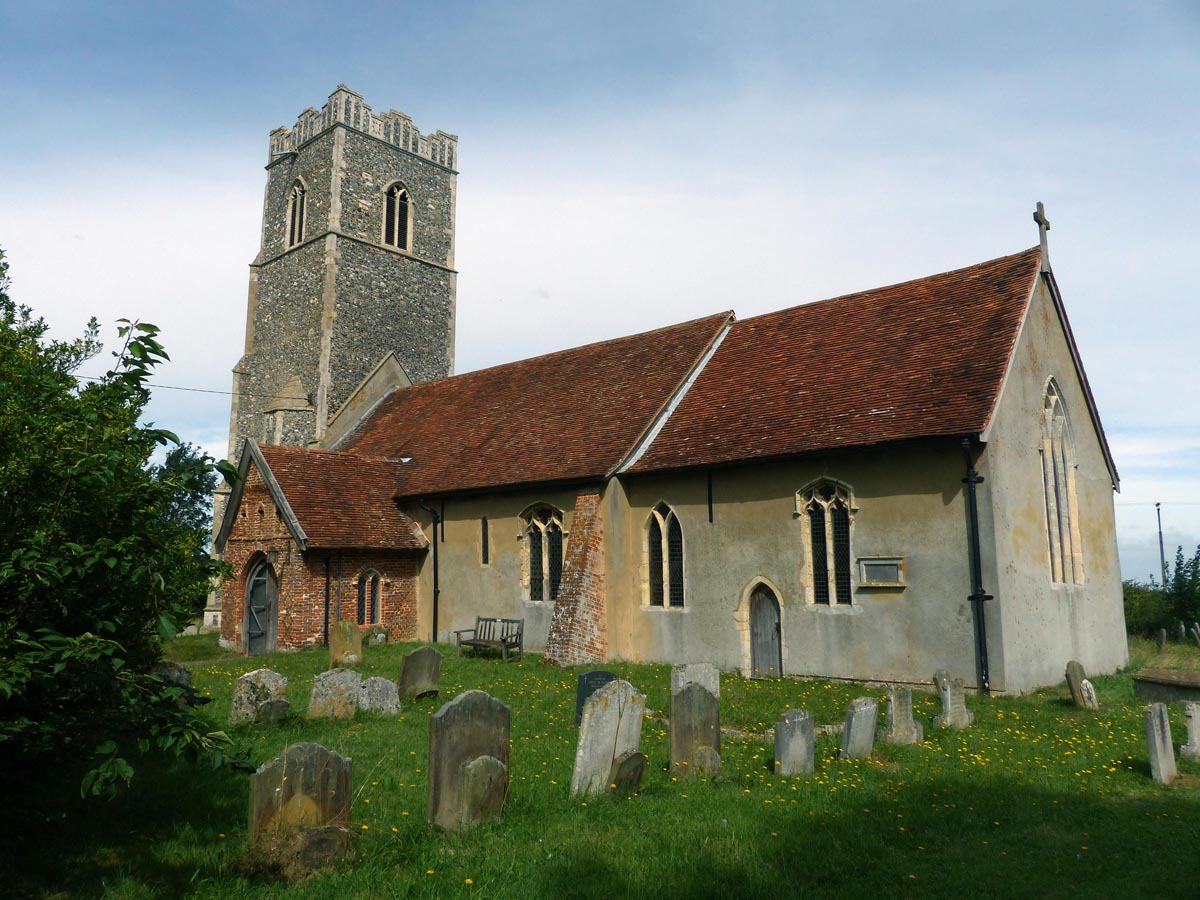