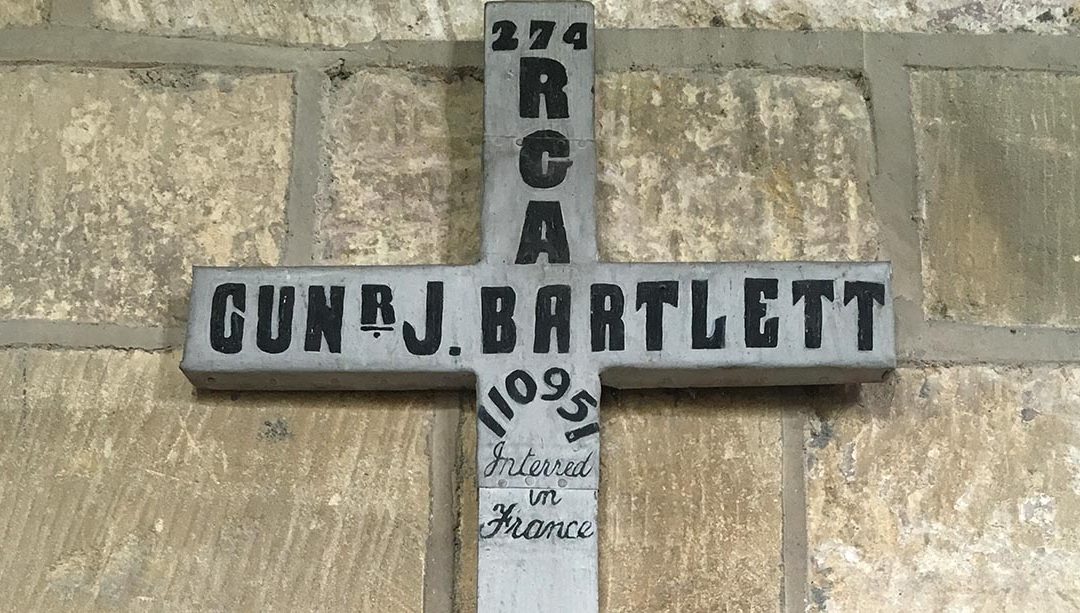 On shaft, above cross beam:

On shaft underneath crossbeam:

Other information:
Mounting to wall: tightly nailed to wall
Detailing: None
Evidence of use in field: None
Surface insertion: N/A
Finish: the centre cross-section of the wooden cross has been covered by metal, which is tacked tightly to the wood. The whole grave marker has been painted with a pale grey paint, over which the black lettering has been added.
A hook has been added towards the bottom of the cross, from which a wreath of poppies hangs.
Condition: Good. 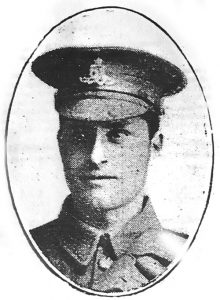 Other information:
The cross is affixed to the wall opposite you as you enter the church. Either side of the cross are two service rolls detailing villagers who went to both World Wars and returned safely to the village.

Behind the cross, to your right, is a Roll of Honour made of stone detailing those men who made the ultimate sacrifice for King & Country.
In the corner of the church on some shelves, is a purple ring binder, full of information on the men listed on the Roll of Honour. This research was completed in November 2013, and has not been further verified by us today.

110951 Gunner John (Jack) Bartlett served with 274th Siege Battery, Royal Garrison Artillery, and died on 13 June 1918 aged 23. Details of his service and family history can be found on the page photographed for this record. The copy of a newspaper article on the Cheltenham Chronicle and Gloucestershire Graphic dated 16 June 1918 states he was invalided home from France with trench fever and dysentery. A later article states he died of pneumonia.

(Note: Curiously as it says on the cross and contrary to the newspaper report, it would appear he wasn’t invalided home and is buried in France at Bagneaux British Cemetery. The 3rd, 29th 45th and 56th Casualty Clearing Stations moved to Gezaincourt in Early 1918, it is possible he died at one of these.Son of John and Mary Ann Bartlett, of Harford Hill, Naunton, Cheltenham, Glos. CWGC record here  – NS)

John is also commemorated on the war memorial next to the baptist church in the village.

There has been a church on St Andrew’s site since Saxon times, there is a Saxon cross in one of the walls. The present church is mainly 15th century, although the interior was much altered in Victorian times. 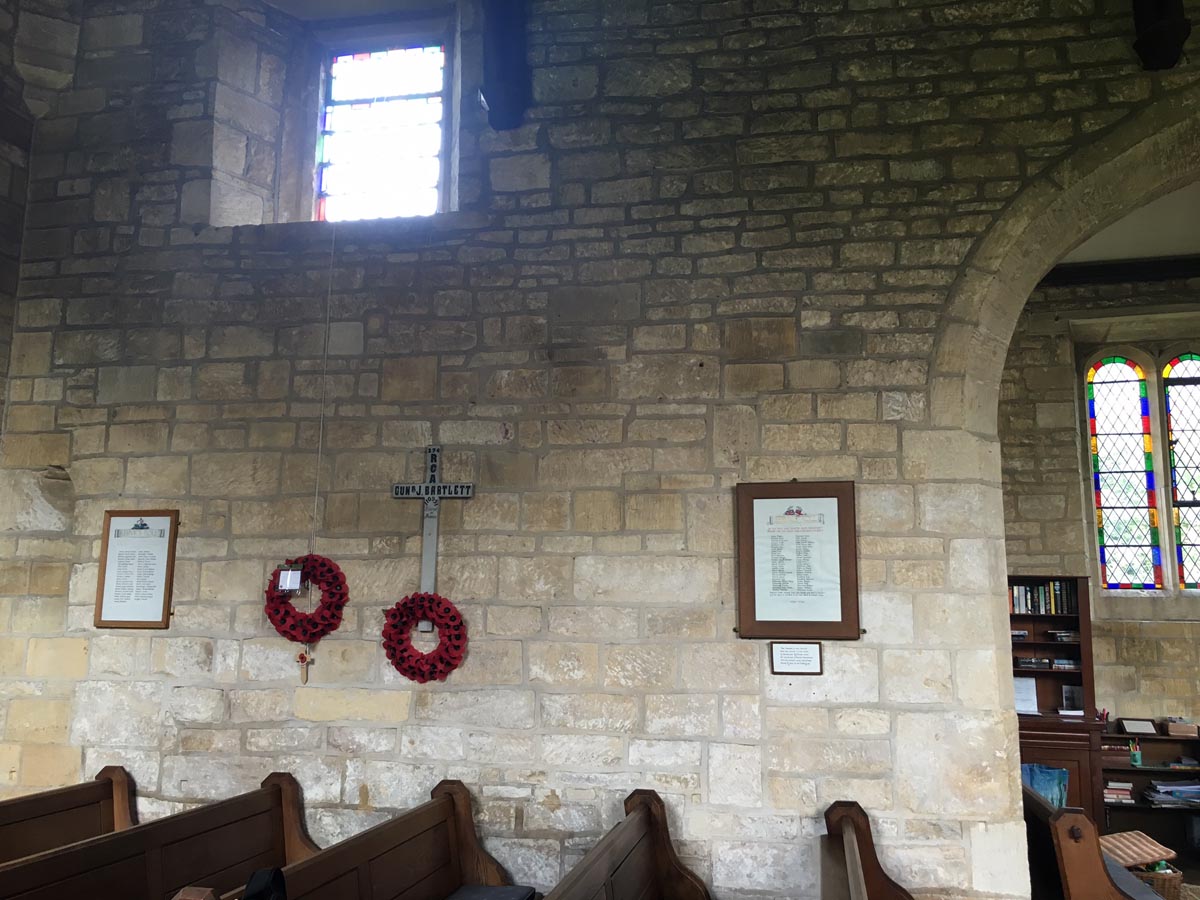 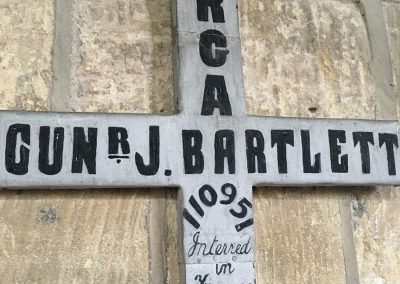 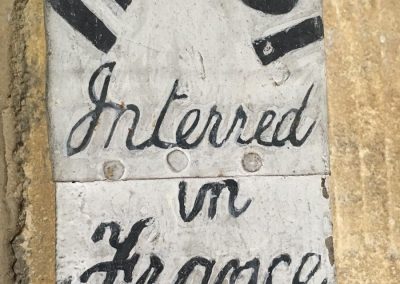 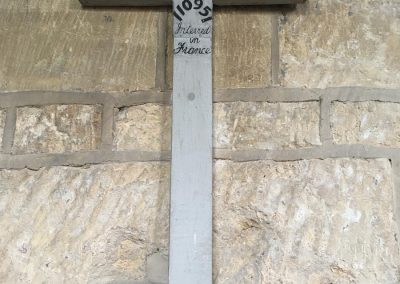 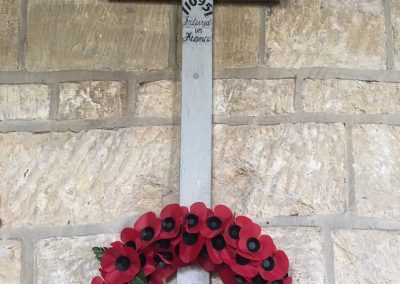 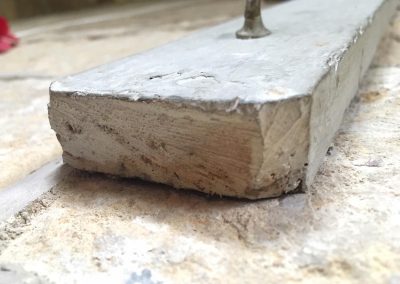 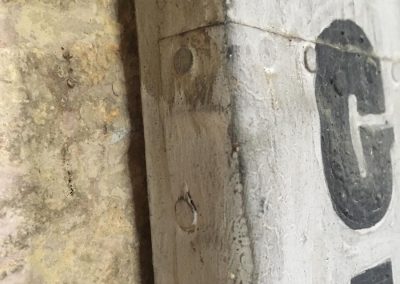 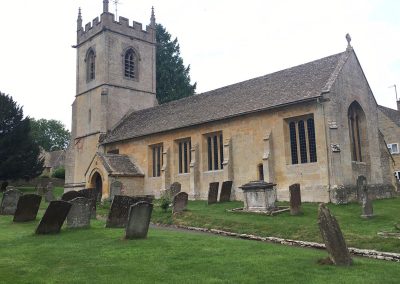 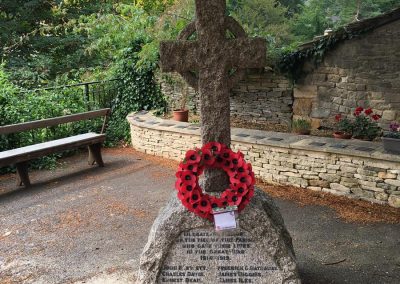 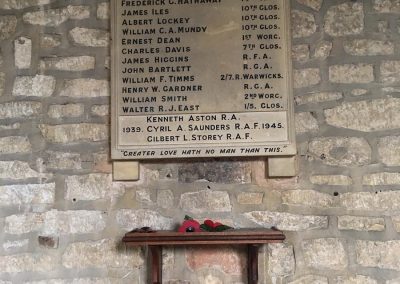 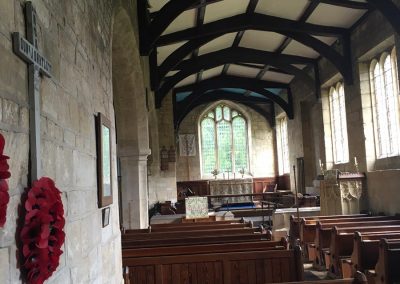 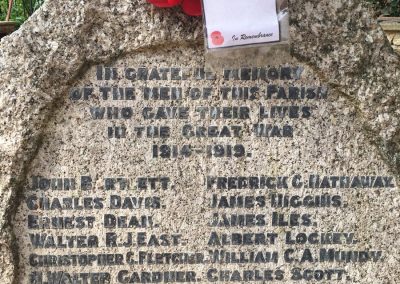 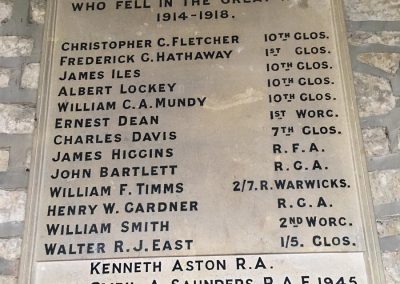 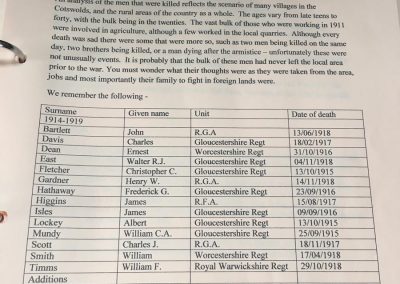 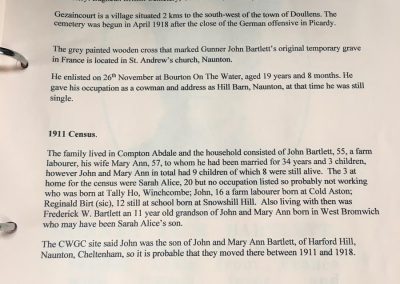 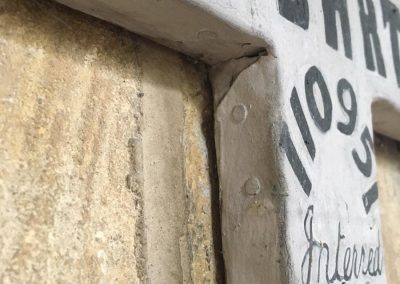 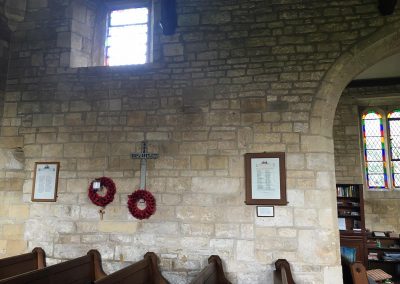 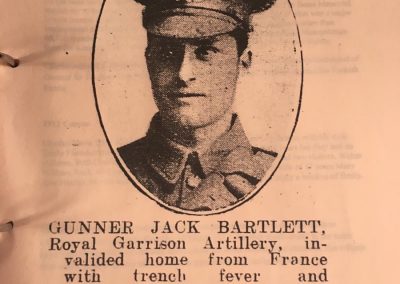