at foot of Cross

Other information, notes and observations: He received the Crox de guerre, he died of wounds and is buried at Ebblinghem cemetery Nord. You can see the cross in Situ in the Pas de Calais here.

Their parents were of Sinclair Frankland Franklin Hood and Grace Elinor Hood, of Nettleham Hall, Lincoln he had two sisters, Grace and Dorothy and three other brothers, Charles, Martin and Alban. He is the brother of the Reverend Charles Ivo Sinclair Hood who died on the 5th of April 1918 at the age of 31. Charles is buried at Lijssenthoek. Martin Arthur Frankland Hood was a Lt Commander in the Royal Navy, he died on the 14th of May 1919, Alban  J F Hood (3rd Battalion, The King’s Own Scottish Borderers,) died in 1921, too late to be commemorated with an official war grave. He almost certainly died as a result of being gassed on the Somme, Martin and Alban are buried together in the churchyard.

Their sister Grace Hood (later Crowfoot) is both an interesting and engaging character. After the war she became involved in Christian Socialism and women’s rights, interested in textiles she studied weaving eventually becoming an archaeologist working in the field of materials and textiles, reporting on Tutankhamen and digging at Sutton Hoo. Her daughter Dorothy Crowfoot Hodgkin went on to win the Nobel Prize for chemistry. More info on Grace here. A fascinating and complex family.

There is a second cross in the church which dates from 1943 In memory of Captain A.E Howard, Merchant Navy 25.5.43 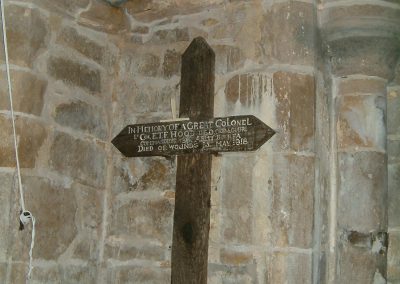 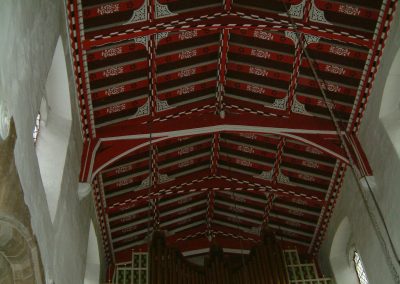 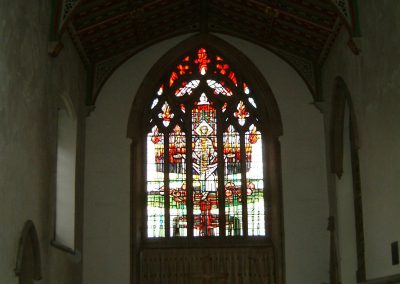 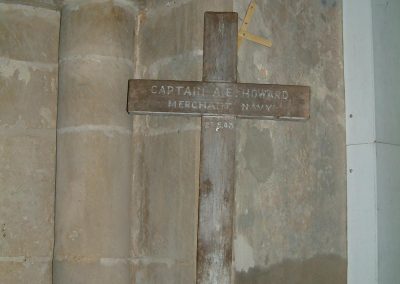 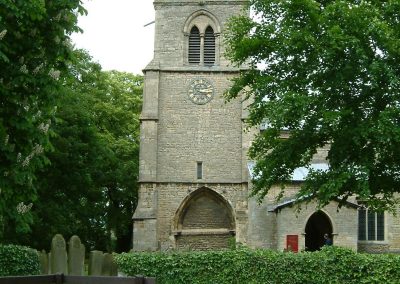