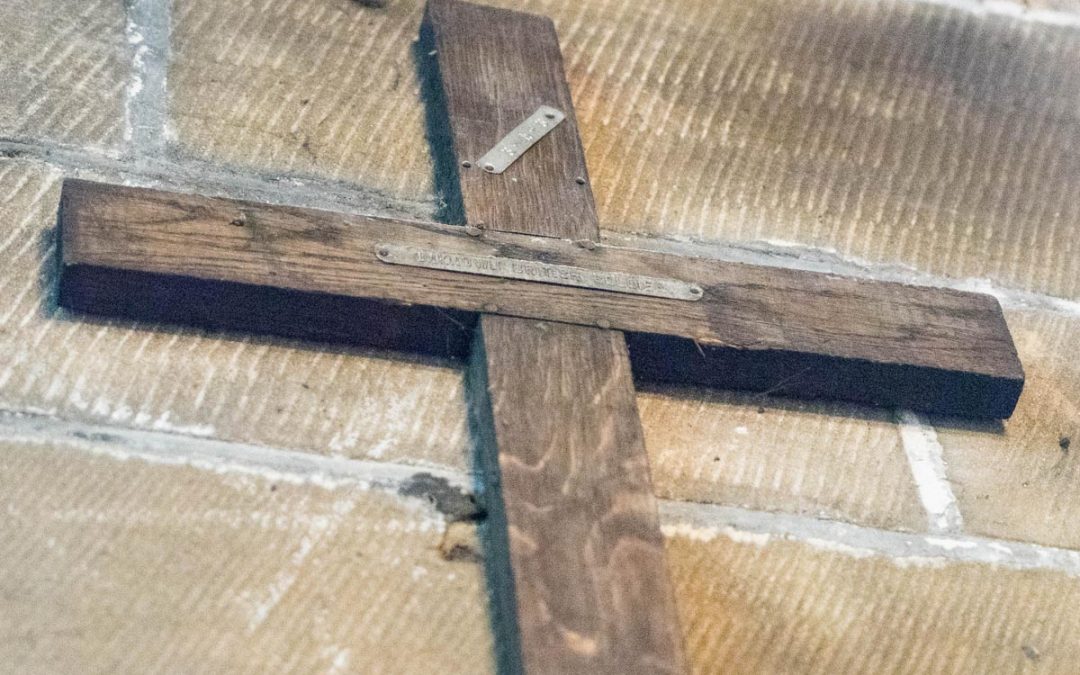 The cross is displayed in the Derby Chapel which became the War Memorial Chapel after the Great War. The cross commemorates an unknown British soldier and is positioned quite high up on the wall.

Details on cross: There are 2 GRU tags on the cross:- a GRU tag at the top and a tag which reads ‘unknown British soldier’ on the cross member. 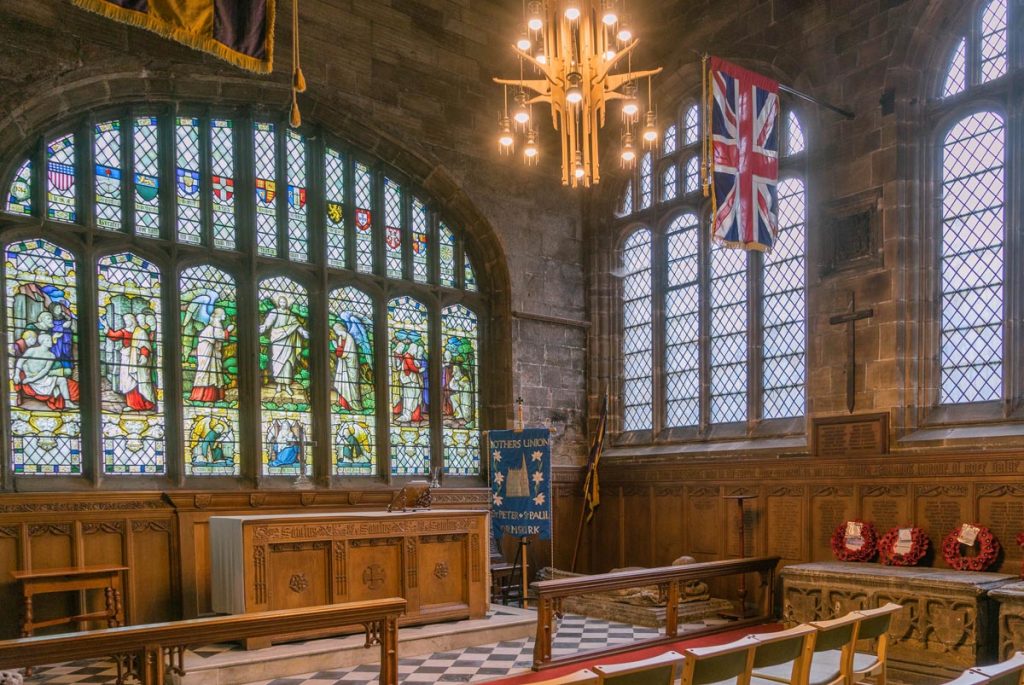 Other information:
Mounting to wall: Unable to ascertain.
Detailing: n/a
Evidence of use in field (earth marking, cracking, staining, shrinkage): There is some discolouring towards the bottom of the cross.
Surface insertion depth (into ground if apparent): Unable to measure.
Finish (varnish, paint, oiled, unfinished etc): Dark stained wood.
Condition (cracked, paint peeling, woodwork, damage etc): The cross looks to be in good condition overall, some small cracks and staining.

Notes and observations:
Underneath the cross there is a brass plaque which contains the names of 15 men who died in the Great War. There are more names carved in wooden panels underneath the plaque and many poppy wreaths have been placed there. The Derby Chapel also contains a magnificent stained glass window depicting the 12 crests of the Allied nations of World War One with religious figures below. The Chapel is also the burial place of the Stanleys, the Earls of Derby. It is enclosed by a 17th century wooden screen.

St Peter & St Paul is an Anglican Parish Church dating from the 12th century. It is unique in that it is only one of three churches to have a western tower and a central spire, and the only church to have them both at the same end. It is Grade II listed. The churchyard also contains 15 Commonwealth graves from WW1, and 12 from WW2. 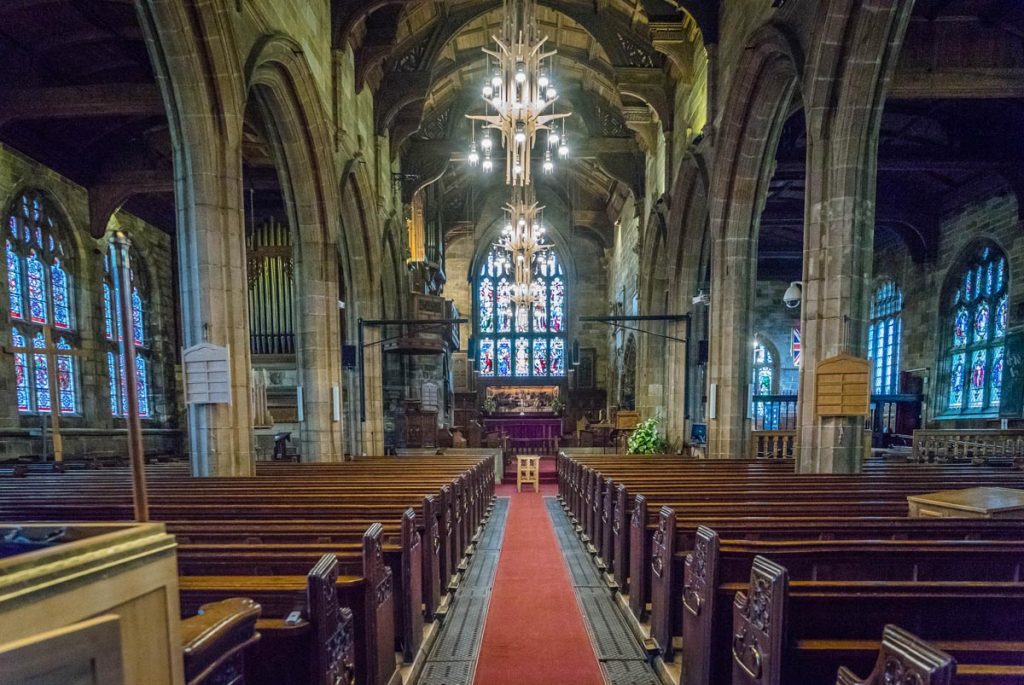 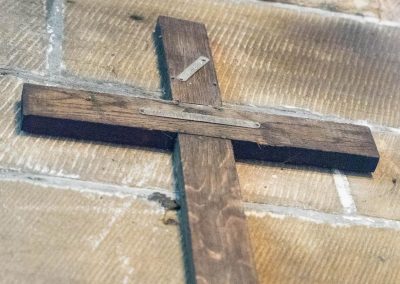 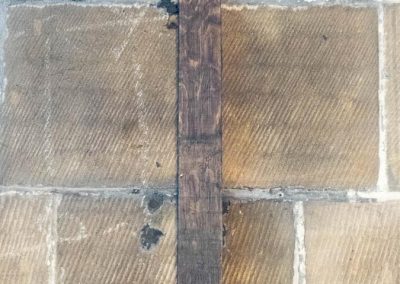 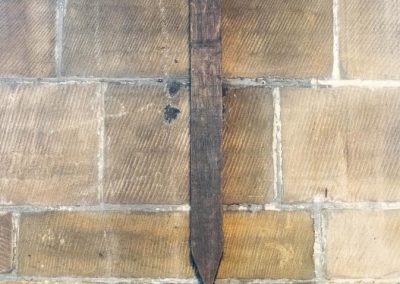 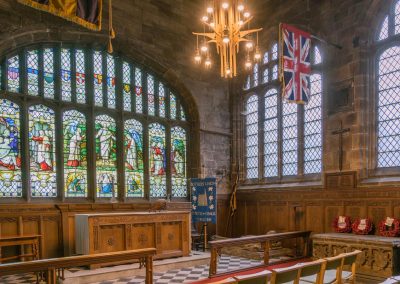 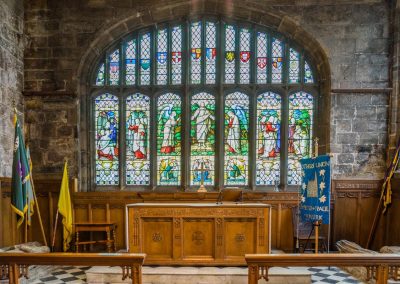 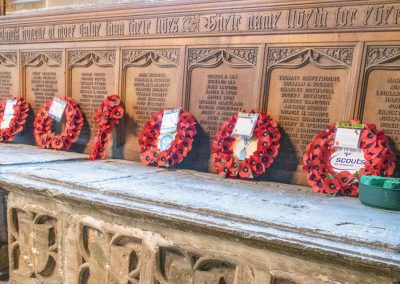 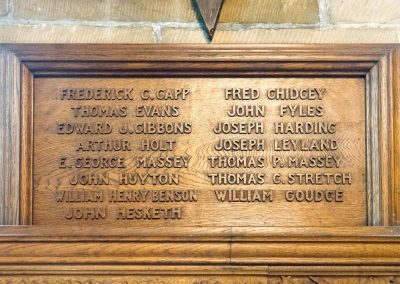 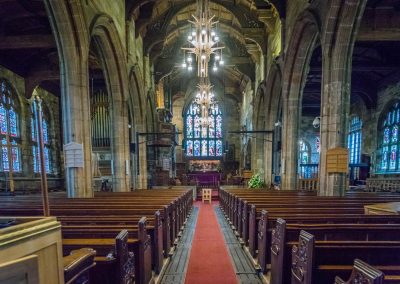 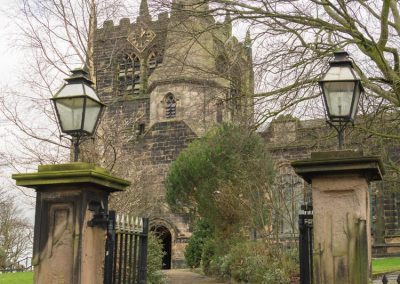