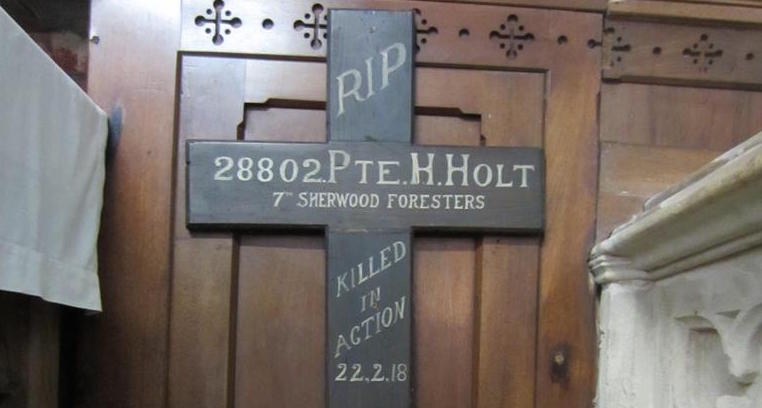 Originally two crosses, one had to be destroyed because of woodworm.

Other information:
Lady Elinor Denison brought back to Ossington the battlefield crosses from the graves of both her son, Lieutenant William Frank Evelyn Denison, and Private Harry Holt. The crosses were installed in the church but that of Lt Denison’s  became severely damaged by woodworm and was removed and destroyed along with the panelling to which it had been attached. from (Nottingham County Council website with thanks weblink) 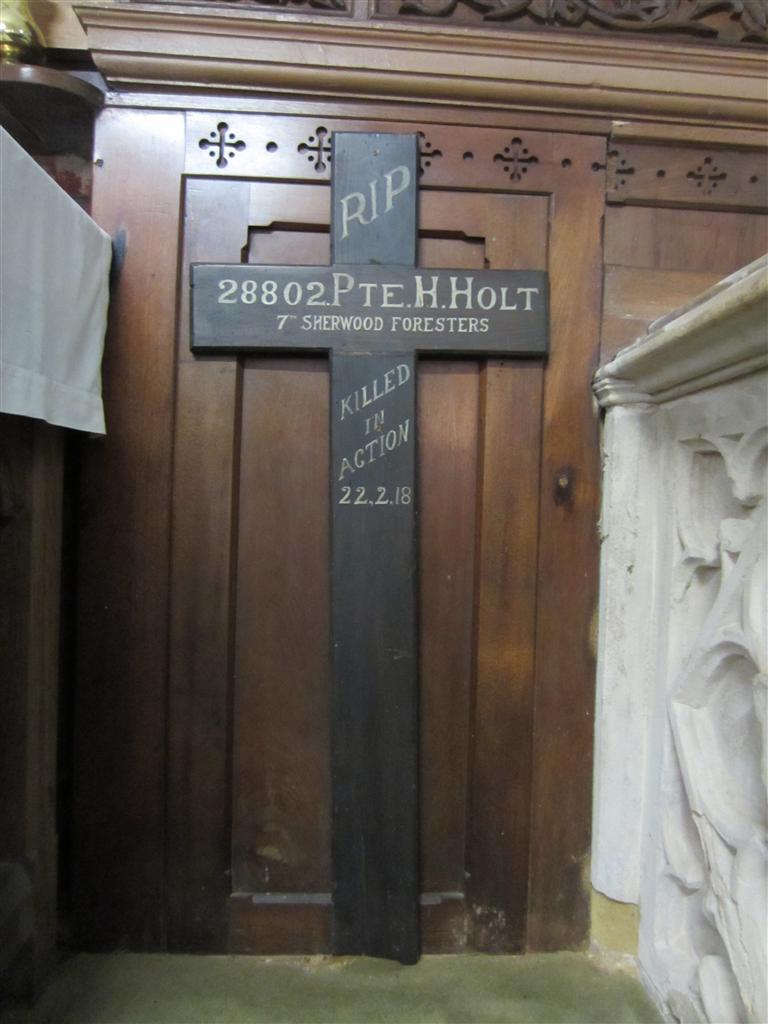