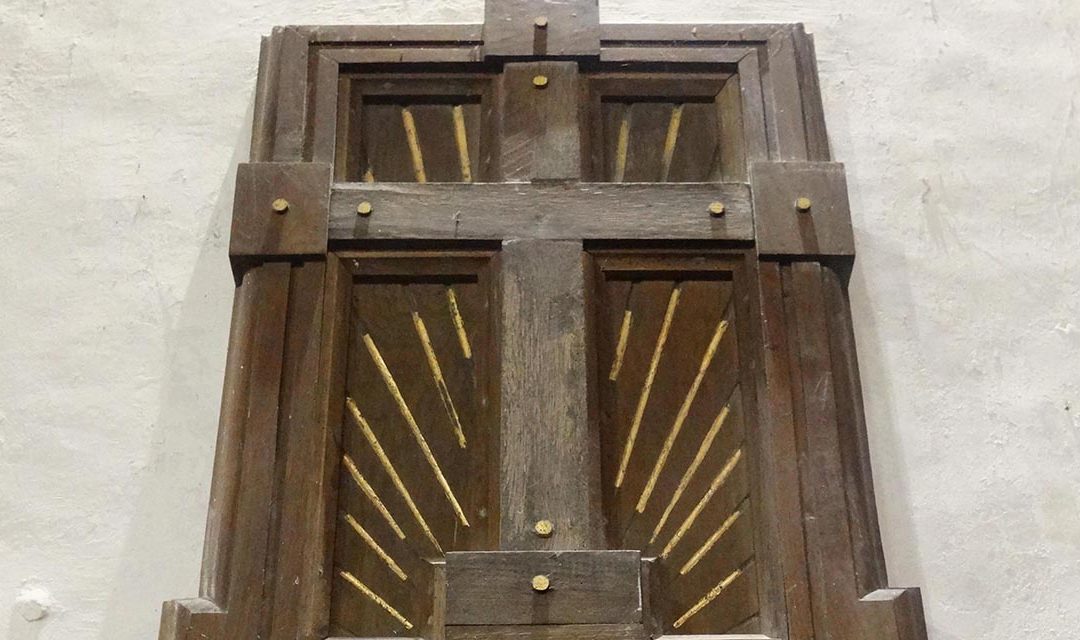 Petham shares with the Kent village of Chilham near Canterbury, the unfortunate distinction of having the first German bombs to fall on England during the Second World War.

The cross is embedded in a wooden memorial high on the wall.

No inscription on marker.

This cross and inscribed board marked the resting place of Lieutenant Colonel F.V. Thompson DSO at Agnez les Duisans – France
They were brought home and simply framed and placed here when a permanent memorial took their place EASTER 1924

(This is especially interesting as we have already theorised that these may have, in some various cases been used as a memorial focus before permanent memorials were put in place – NS)

Burial here relate to the 1917 Battle for Arras and also tend to relate to 8th Casualty Clearing Station. 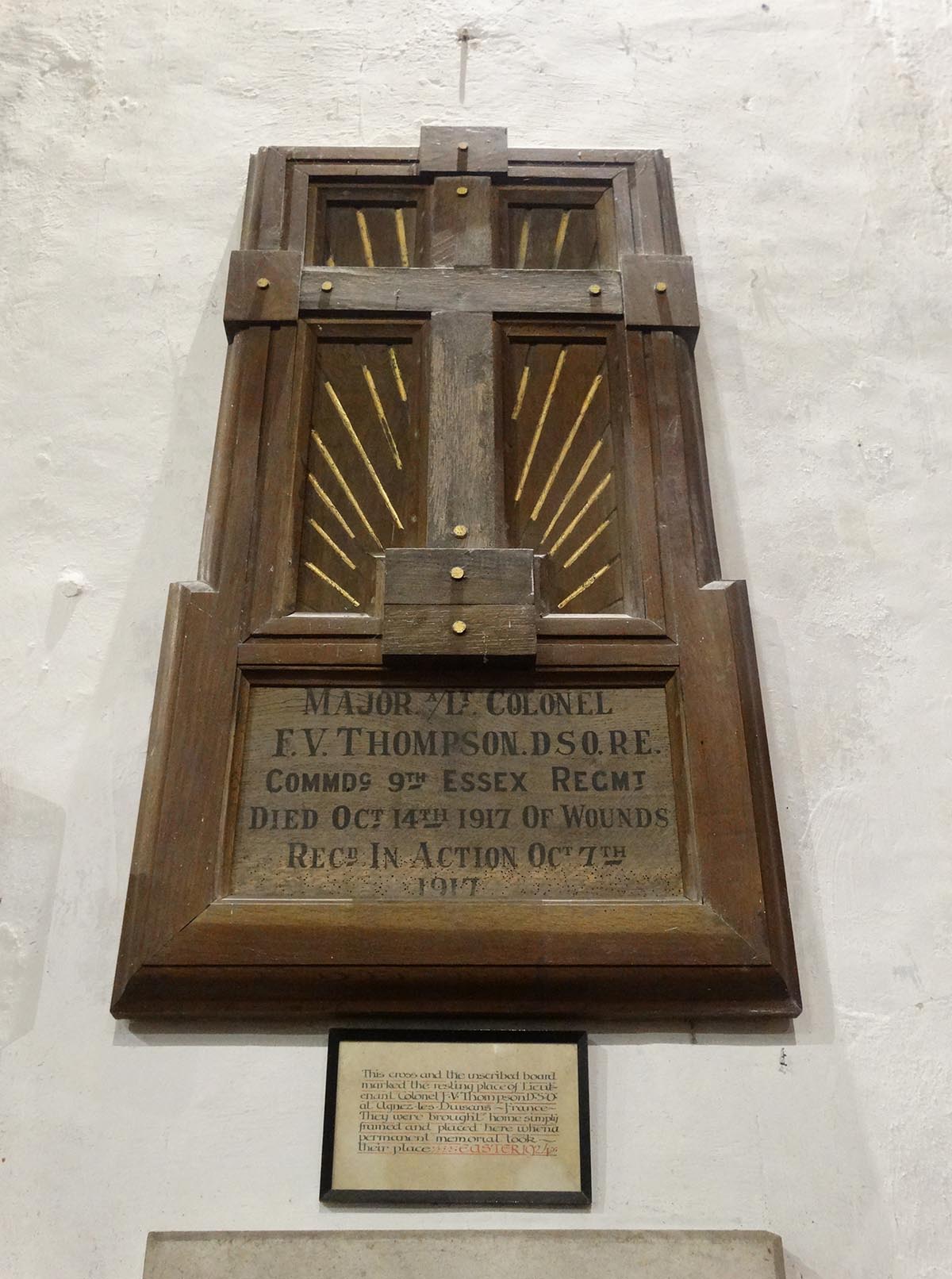