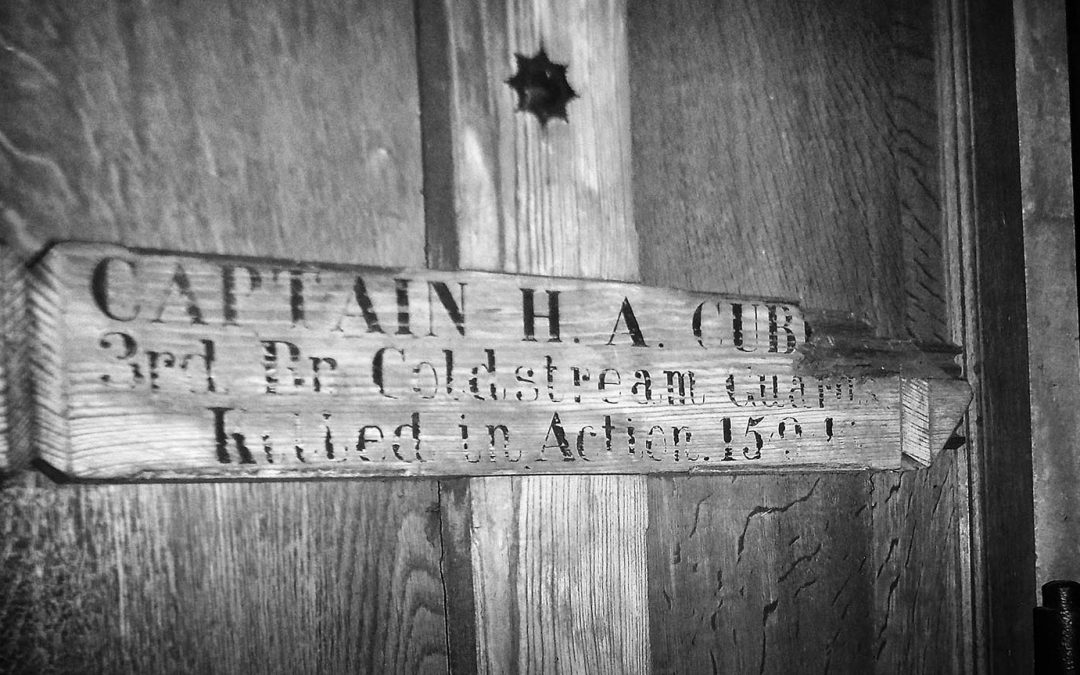 A curious pair of crosses both for the same man.

Text type (e.g. hand-written, GRU tags, carved):
Text is carved in and the first letter of each word has been carved. The cross itself is a simple 3 piece cross, possibly carried by the battalion/brigade/division padre.

Other information
Mounting to wall: Screwed to the wall with a single screw
Detailing: The first letter of each word is painted red, time has also clearly been taken on carving the lettering.
Evidence of use in field (earth marking, cracking, staining, shrinkage): It is evident that the lower 60mm have been in the earth
Surface insertion depth (into ground if apparent): 60mm
Finish: unfinished?
Condition: While very simple in design the cross is in excellent condition.

Text type (e.g. hand-written, GRU tags, carved):
Text has been painted on in black, there is evidence of GRU tags at the top of the shaft which have been lost.

Other information
Mounting to wall: It is not evident how the cross is attached to the wall
Detailing: Lettering is painted black, and in places is faded or flaking away
Evidence of use in field: It looks that it has been in the ground, although depth needs to be measured on another day.
Finish: unfinished, sun or time bleached.
Condition (cracked, paint peeling, woodwork, damage etc): Compared to the smaller cross this larger cross is in poor condition. The writing is quite faded and there is a large piece of the cross beam missing.

Biographical notes and observations:
As with Ronnie Pease at St John’s in Merrow, Henry Cubitt was killed in action on 15th September 1916 with 3rd Coldstream Guards, attacking in the direction of Lesbeoufs from Ginchy. He was 24. The regimental history noted “the first waves of the assault were literally mown down. Major Vaughan, Second-in Command, and Capt. Cubitt, the Adjutant were both killed before they had gone a hundred yards.

Henry is buried at Carnoy Military Cemetery, grave reference P.27. It is located in the chapel on the right of the nave as you approach the alter. The church is locked so you will need to make contact prior to visiting.

Captain Henry Cubitt was the eldest of 6 sons to Henry Cubitt, 2nd Baron of Ashcombe, the 4 eldest brothers all served. Alick 15th Kings Hussars was killed on 24th November 1917, his body was never found and he is remembered on the Cambrai Memorial. William was killed on 24th March 1918 with the 1st (Royal) Dragoons, he was part of the charge at Ham. He is buried at Noyon New British Cemetery. While Roland served he was kept at home following the deaths of his three eldest brothers and became the 3rd Baron of Ashcombe. He was the paternal grandfather of Camilla, Duchess of Cornwall. 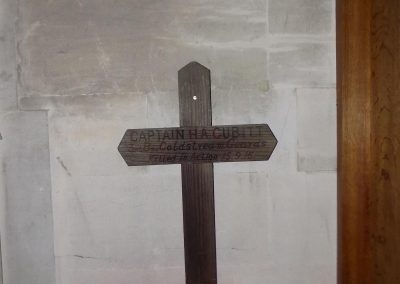 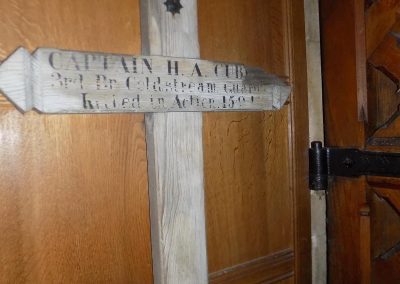 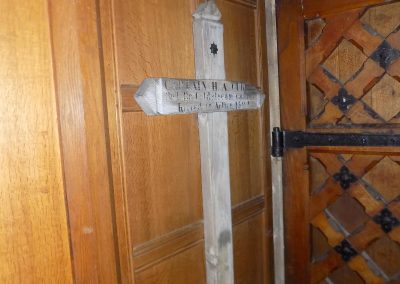 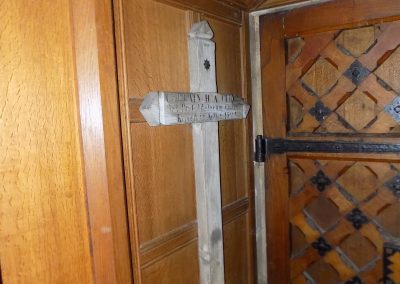 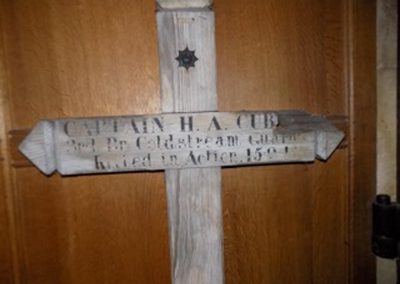 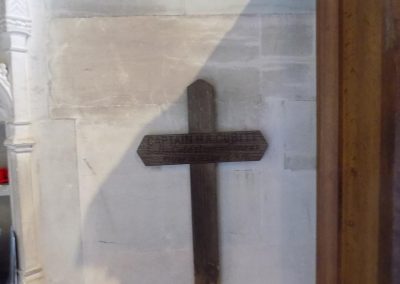