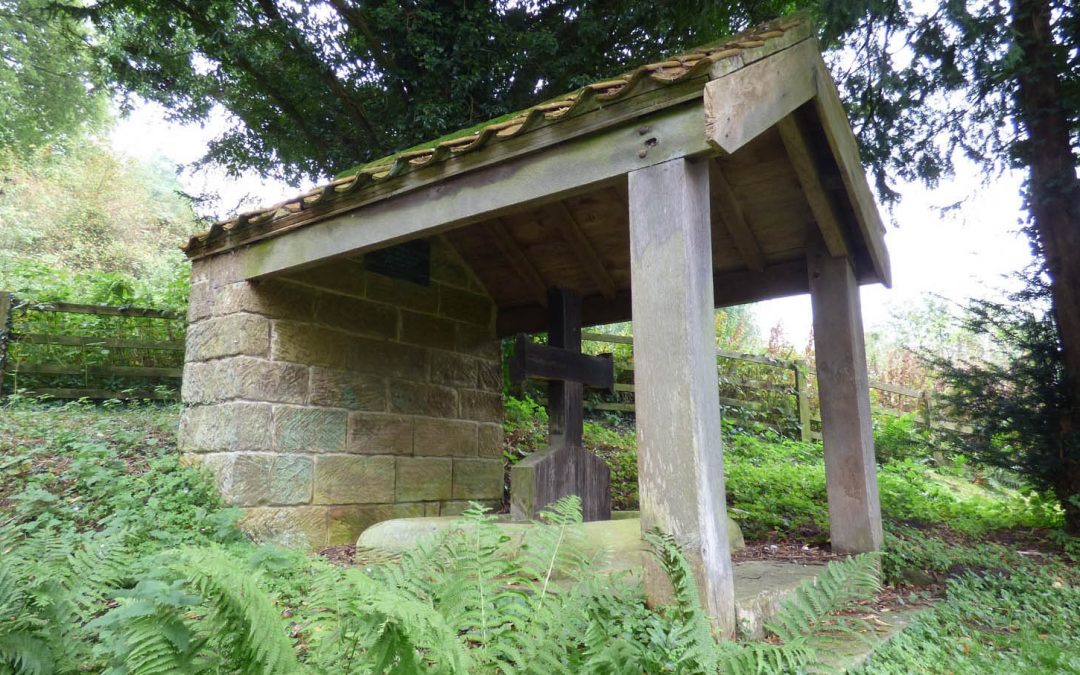 Cross dimensions (millimetres please)
Shaft Height: 1,180mm ( i.e. total height of cross including base)
Cross beam width: 707mm
Width of wood: 150mm the ends of the cross arms are splayed out and are 220mm wide
Thickness or depth: 100 mm
The base is made up of 4 vertical beams each 165mm wide. The outer 2 beams are 320mm high at the outside increasing to 420mm high at the inside. The inner 2 beams are 420mm high right across.

The cross is said to have been made from a number of beams from a blitzed farmhouse near where the body was first buried (information inside church – see below and picture attached).

The cross stands in the churchyard at the south-west end of the church. It is in a small open shelter which has a stone built back wall, 2 supporting wooden columns at the front and a roof of red pantiles. The cross arms have had wood cut out and this has been patched in. The base is made from 4 beams together. There are 2 inscribed plaques. The one on the back wall:

On the kerb at the front of the memorial:

There is another Battlefield Cross for the Earl of Feversham at Pockley North Yorkshire.
Transcription of Illuminated description of the memorial in the church:

The wooden MEMORIAL CROSS erected under the shelter in this churchyard formerly marked the grave of Charles William Reginald DUNCOMBE 2nd EARL of FEVERSHAM Colonel of Yeoman Rifles 21st K.R.R. Killed at Flers in France and buried at the spot where he fell on September 15th 1916 during the BATTLE OF THE SOMME

Lord Feversham’s body was removed from the place where it was first buried to the Cemetery at Flers and the Cross that had been made of wood from a blitzed farmhouse nearby was brought to England and placed here by his wife and by his son Charles William Slingsby Duncombe, 3rd Earl of Feversham. 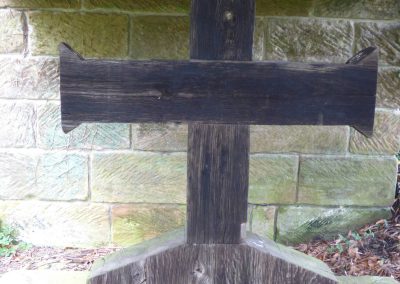 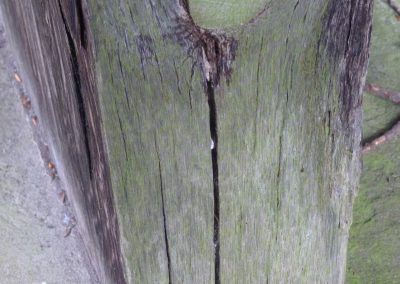 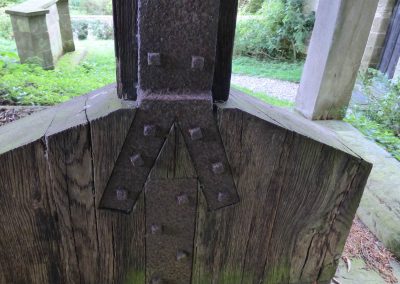 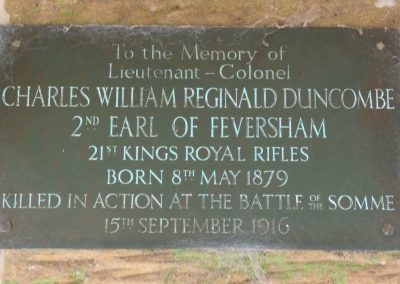 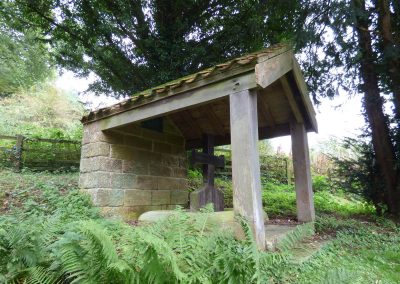 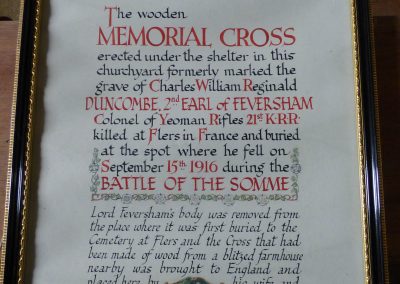 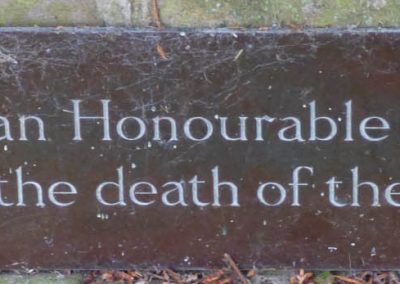 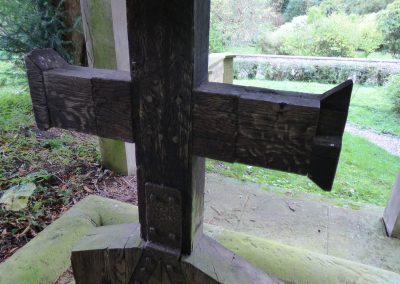 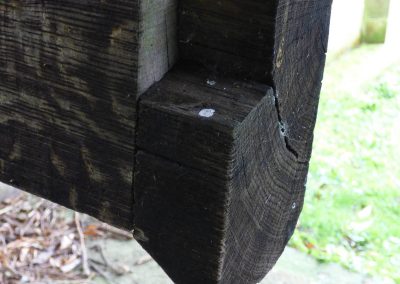 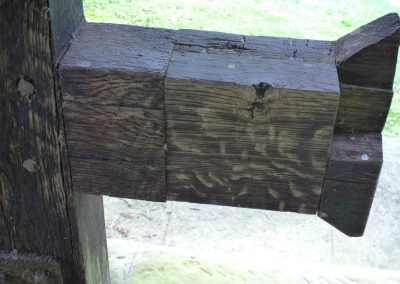