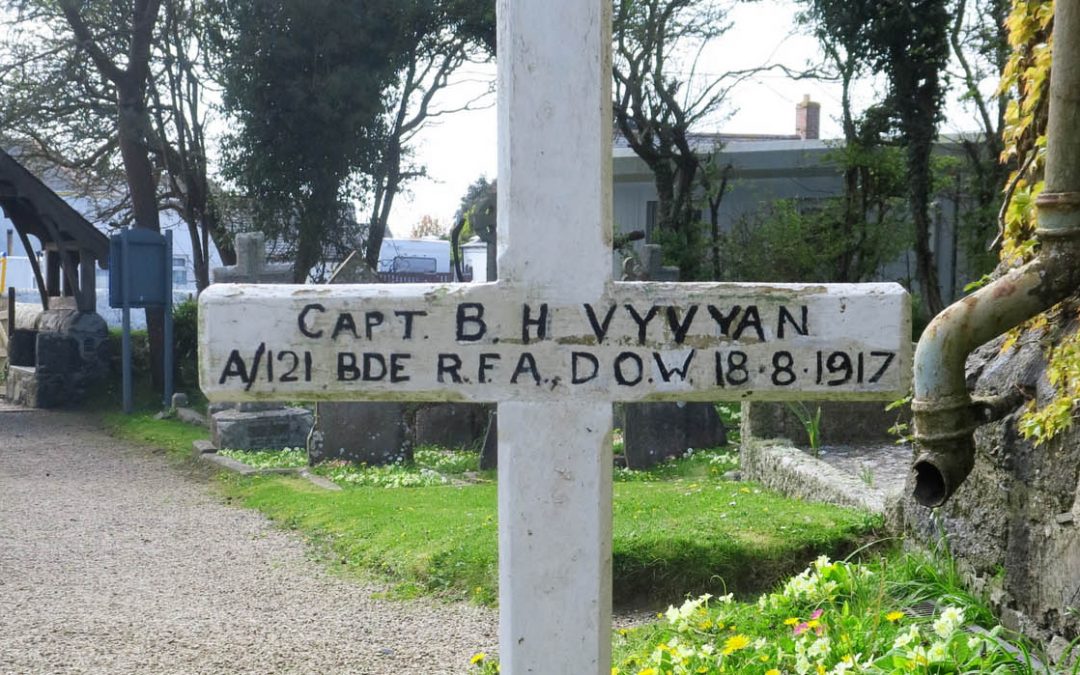 Other information
Mounting to wall: Cross is outside. Mounted on a concrete plinth

Detailing: Chamfered edges, shaft shaped to a point at top.

Beresford Haughton Vyvyan was born in 1893 in Penarth, Glamorganshire. At the time of the 1901 census the family were living in Drakefield Road in Tooting. In 1911 Vyvyan was at boarding school in in Kendal while the rest of his family had moved back to Penarth. On October 23rd 1914 as a “Cadet and ex-Cadet of the OTC” he was gazetted Temporary Second Lieutenant in the Royal Field Artillery. Like tens of thousands of other he arrived in France in the autumn of 1915 as part of Kitchener’s New Army. Promoted Captain and mentioned in despatches, he died of wounds received during the 3rd Battle of Ypres on August 18th 1917 age 24. He is buried in Dozinghem Military Cemetery in Belgium. Sometime between 1911 and 1917 his parents moved from Wales to Ruan Minor in Cornwall where his uncle Henry was Rector of St Rumon’s and nearby St Grada.

St Rumon’s churchyard also includes CWGC graves to two brothers from Ruan Minor, Frank and Ernest Hall. Their headstones are in Cornish slate rather than the more usual Portland stone. There are several other slate CWGC headstones in slate nearby at St Grada church in Grade Ruan and St Wynwalloe in Church Cove. 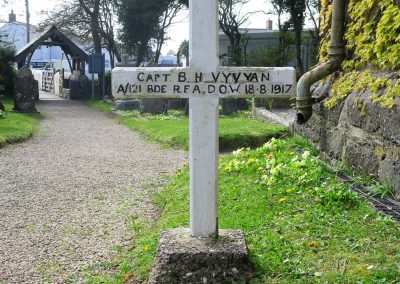 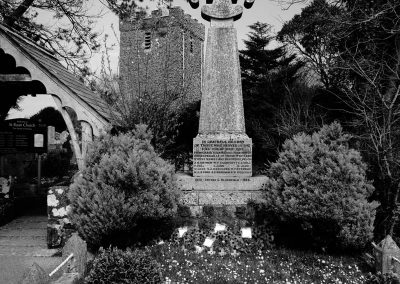 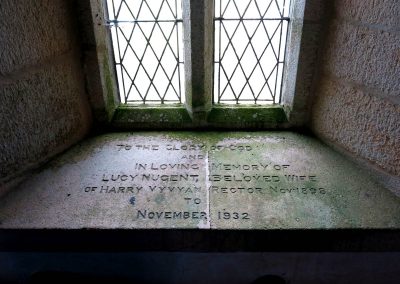 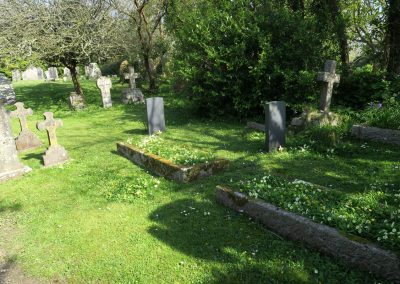 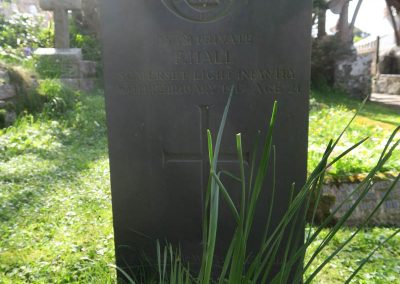 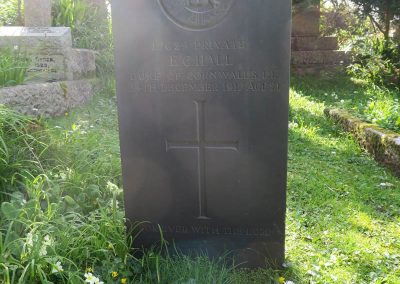 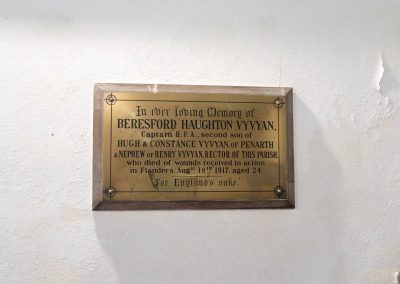