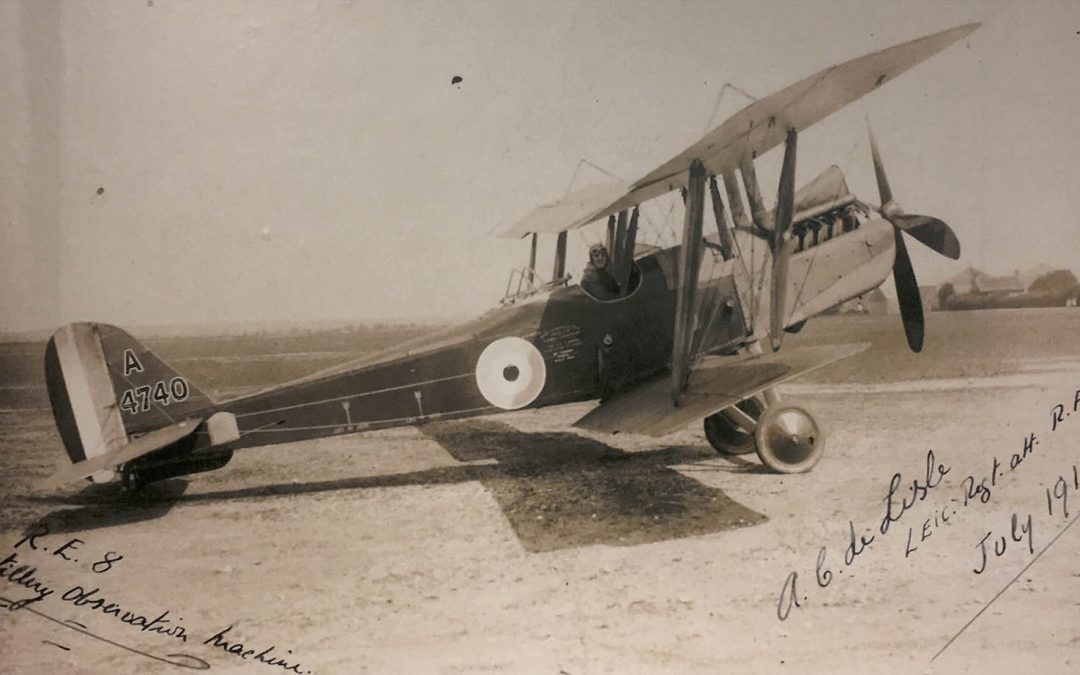 Propeller Cross, the lettering is painted onto a circular plate attached to the propeller boss. Also attached is one GRU tag.

Currently being used by the Rutland County Museum as part of their RAF 100 display. On loan from Colonel Robert Boyle.

The cross was originally situated n his grave at Dozinghem Cemetery in Flanders. He was injured twice during the war and invalided out of the Leicestershire regiment, joining the RFC initially as an artillery observer. His plane is alleged to have been hit by a British artillery shell killing both him and his co-pilot, Stewart Marcon Goodeve whilst flying their RE8 over Ypres.

Thanks to Paul Bland for the photographs. 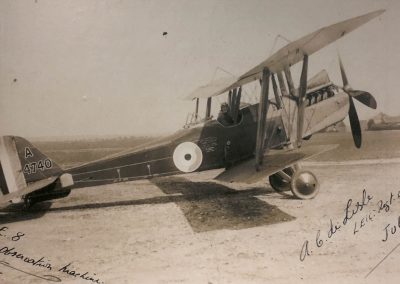 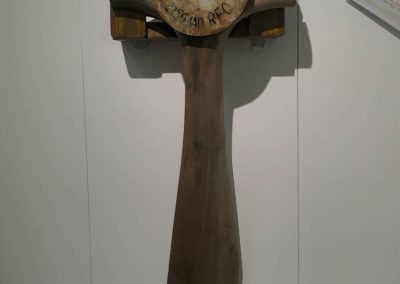 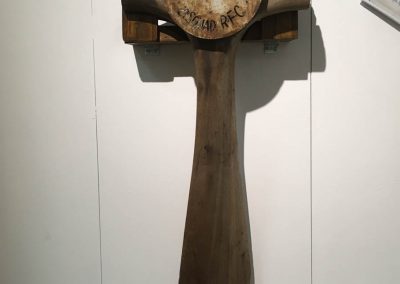 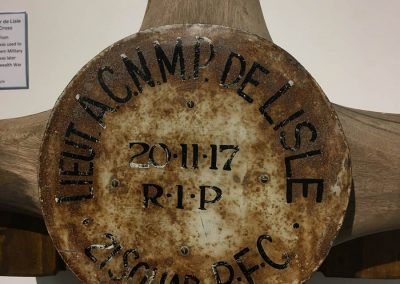 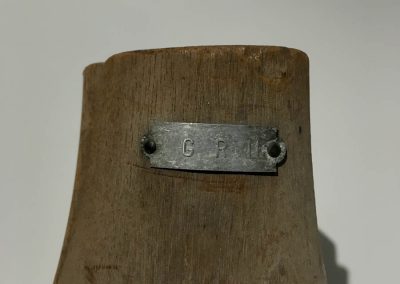 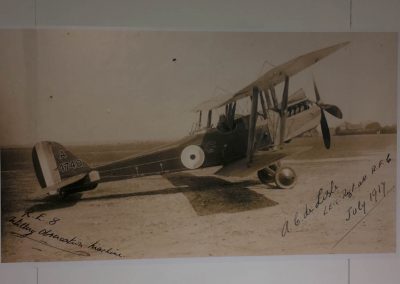 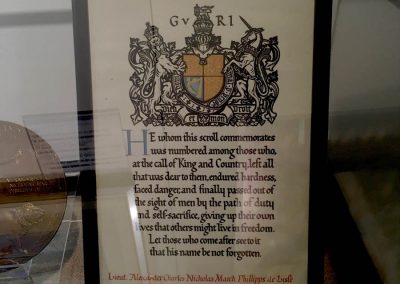 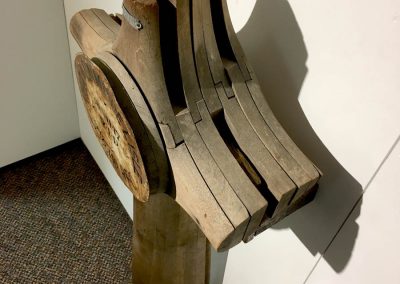 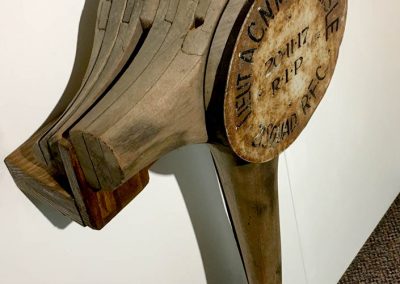 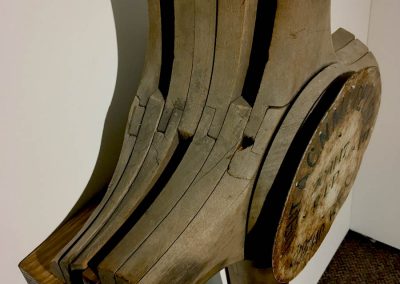