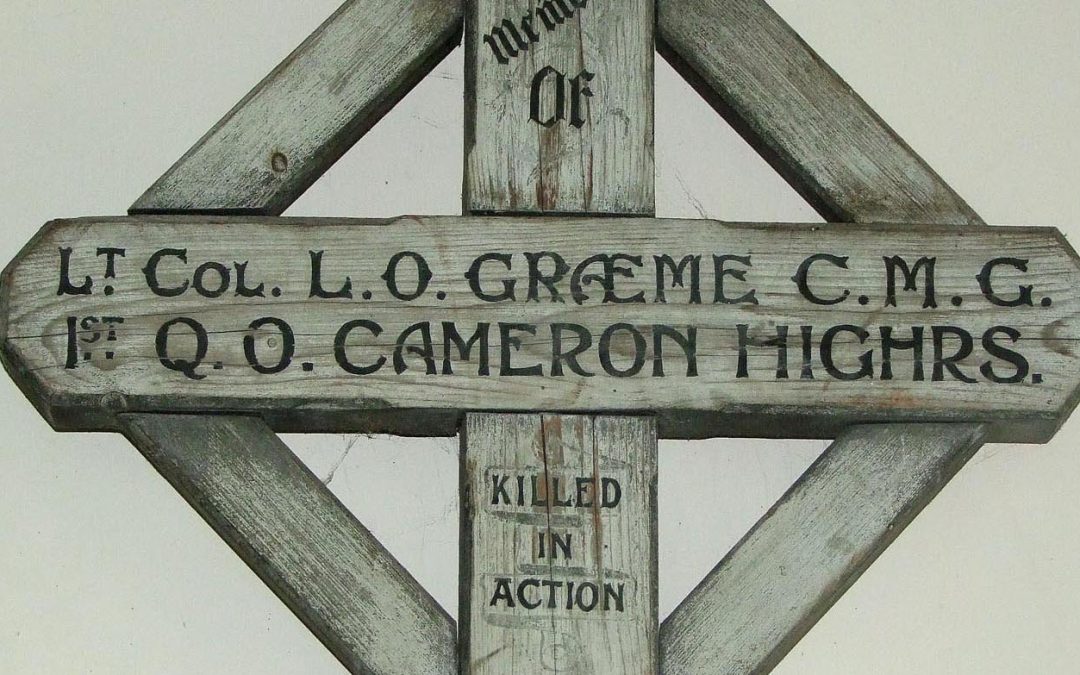 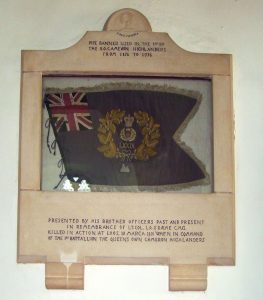 Lieutenant Colonel Lawrence Oliphant Graeme CMG was killed in action at Loos on the 10th March 1916 when in command of the 1st Battalion of the Queens Own Cameron Highlanders. He was 43 years old. He had served in the South African War, and was mentioned in despatches three times. He was the son of Lt. Col. L. A. M. Graeme, of the House of Inchbrakie (1st Madras Fusiliers), and Catherine Glas Sandeman, and the husband of Penelope Graeme (née Hopkinson), of Sutton Grange, Wansford, Peterborough. 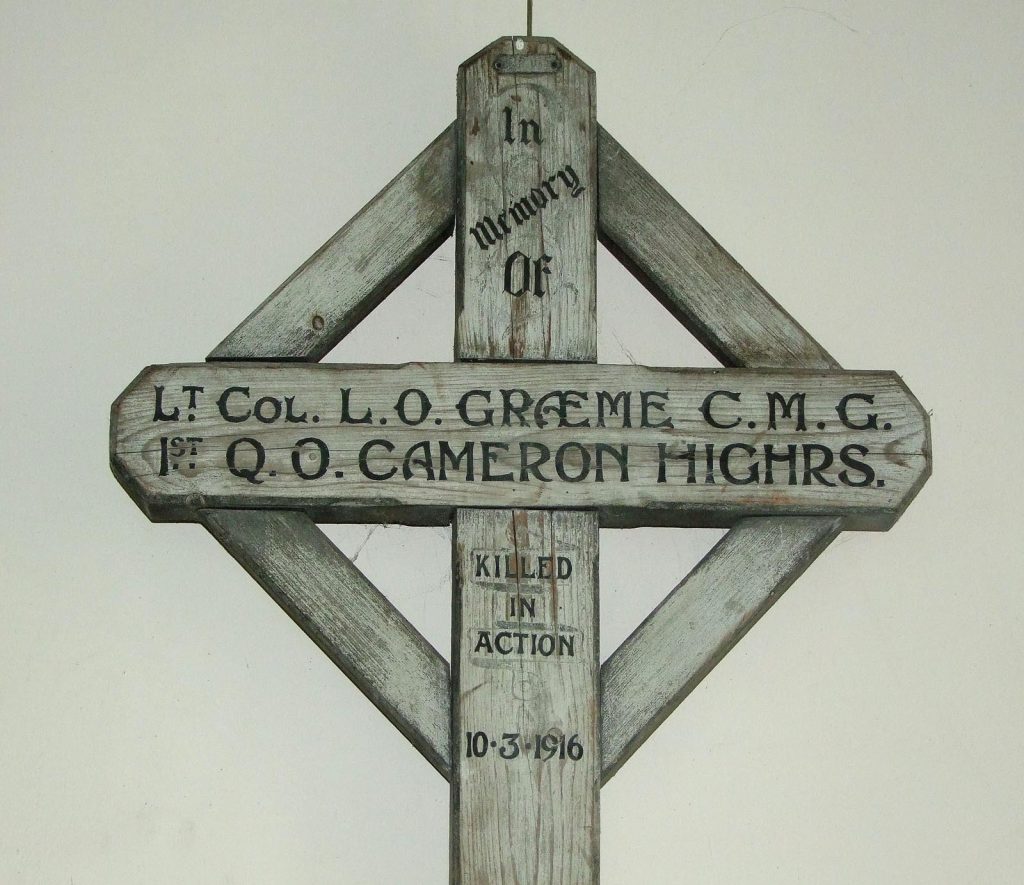 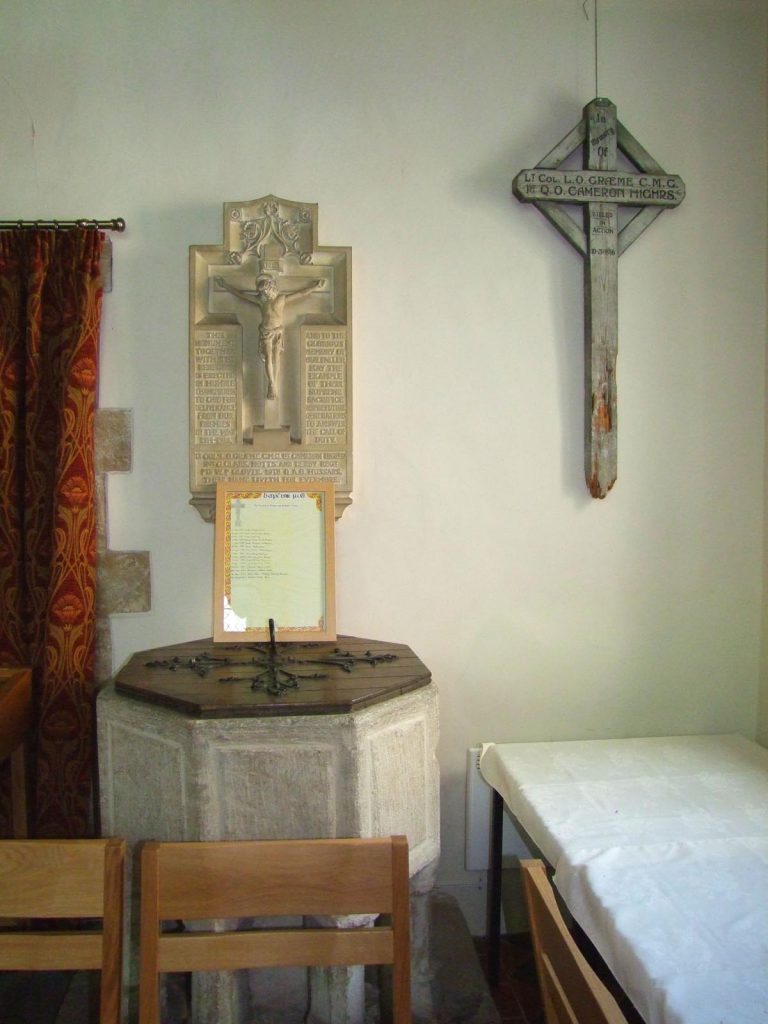