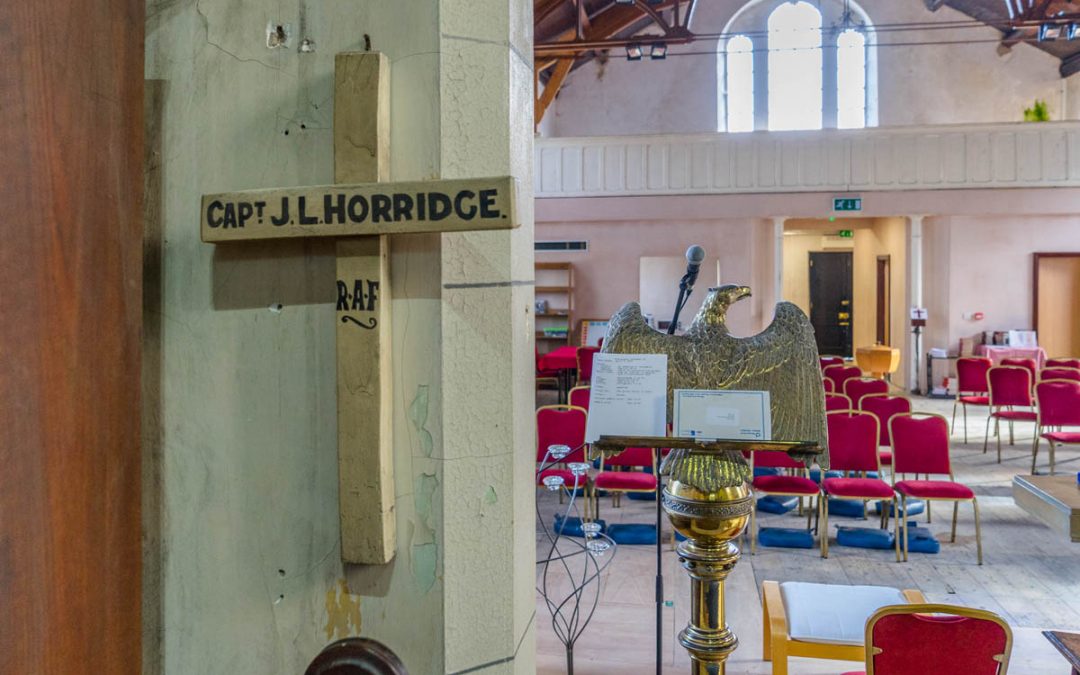 R A F on lower half of shaft

Other information
Mounting to wall: The cross is on a hook on the wall, on the right hand side to the rear of the church, next to the organ

Evidence of use in field (earth marking, cracking, staining, shrinkage): Cross is cut off straight at the bottom, the cross member sits proud of the shaft

Finish (varnish, paint, oiled, unfinished etc): Heavily painted in off white (It is suggested that the cross was painted white, as the congregation found it depressing in its original form)

Capt John Horridge was born on the 22 June 1896, there is a bronze plaque: 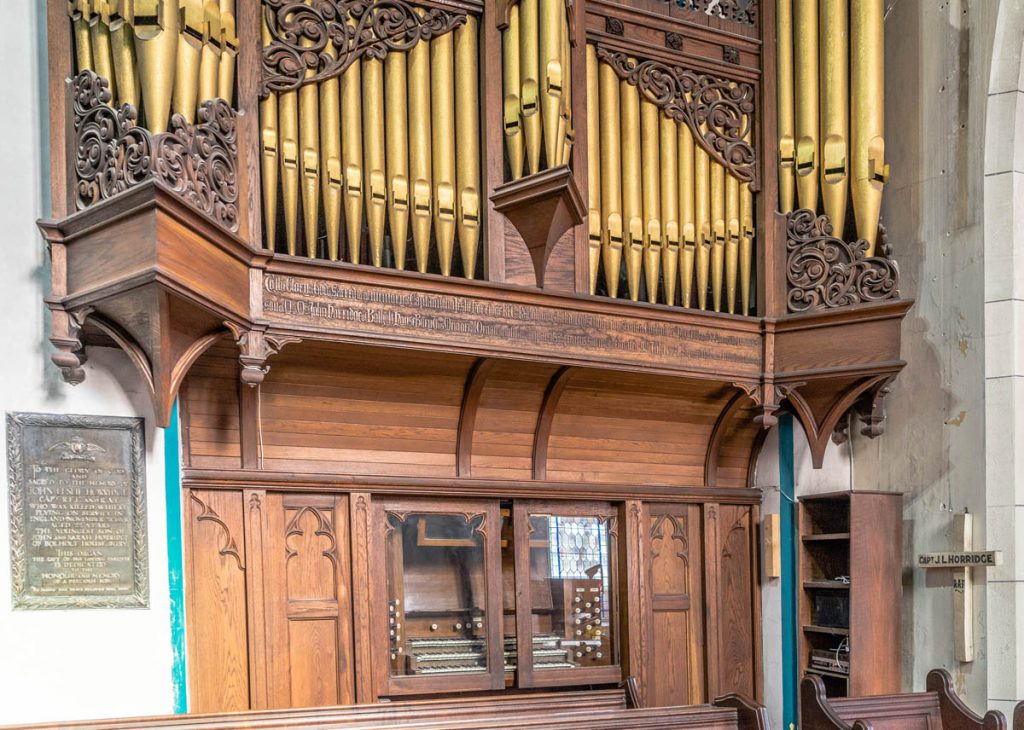 These words are also on the screen above the organ – This organ the gift of his loving parents is dedicated to the Honour and memory of a precious son “So passed the brave beloved soul away”  He is also commemorated on the Llanfair P G memorial in Anglesey.

He was flying a Dolphin D5298, 91 sqn  Kenley, the engine failed at 200ft and stalled, it crashed on Kenley Common, he had flown numerous aircraft. He was buried in the family vault at St. Johns chapel yard on 26.11.18.

There were approx. 180 fatal aircraft accidents in Britain between 12/11/1918 and 12/11/1919, with many more human fatalities. An incredible array of incidents see www.rcawsey.co.uk. acc1919 for further details.

Rather than take up his place at Pembroke college, Cambridge he applied for a commission in the RFC, white waiting to receive it he joined the Graham White Flying school as a private pupil and took his certificate in Nov. He went to France in May 1916 After taking his wings on may 21. He was made flight commander in Jan 1917, he returned to England in June and was in the Home Defence Wing on the South East Coast until one 1918, latterly he was with a squadron mobilised for overseas. 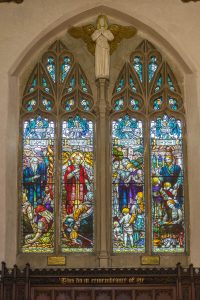 A Double portrait of the brothers Bertram and John Horridge by Charles Haigh-Wood last sold at auction in Sep 2015, in Sep 2010 it sold for 7,500 american dollars.

There is a carved wooden plaque to those who fell in The Great War “By their sacrifice we live”.

St Johns is quite a large single vessel Grade 2 listed building of some historical significance. St Johns is the oldest Free Church of England in the north and the 2nd oldest in the country, it is unique in the free church in having its own graveyard.

It is the home of one of the oldest congregations of the Free Church of England. The foundation stone was laid in 1869 and the Chancel in 1909.  The roof structure rests on cast iron bars and tension rods form 5 unusual roof trusses which imitate the form of “industrial type hammer-beams” painted brown to reflect the industrial style. There are only 2 such roof structures in churches in the UK.  There are 18 churches in the Free Churches.

Sincere thanks to Neil and Eve Turner for meeting us at the church and supplying us with the above information. Through their efforts they have breathed new life into the church and are slowly improving the interior and facilities. 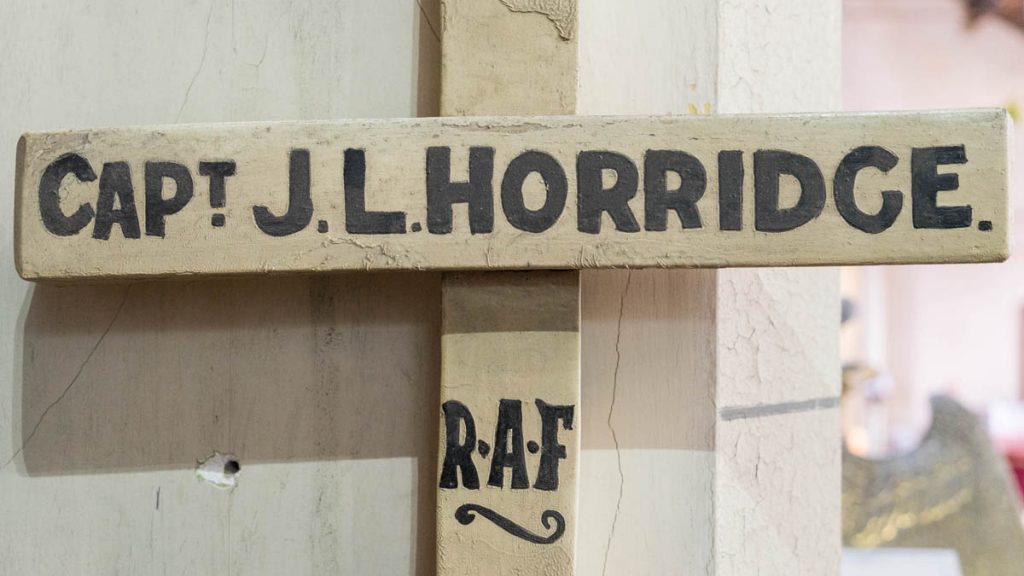 Survey and Photographs courtesy of Margaret Draycott and Beverley Goodwin 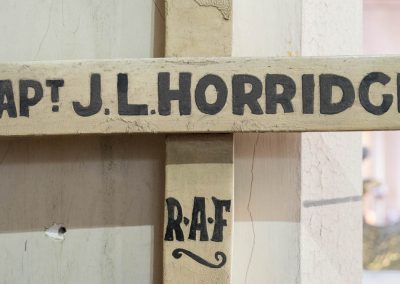 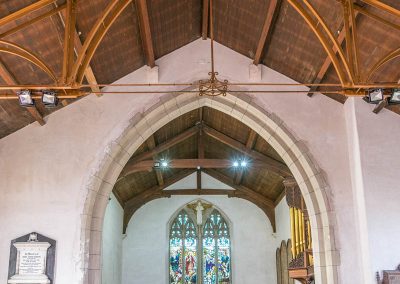 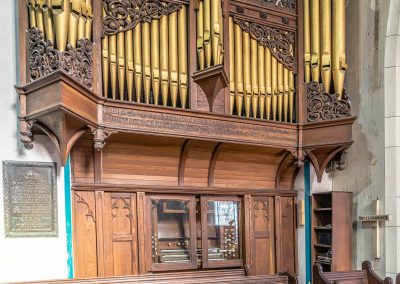 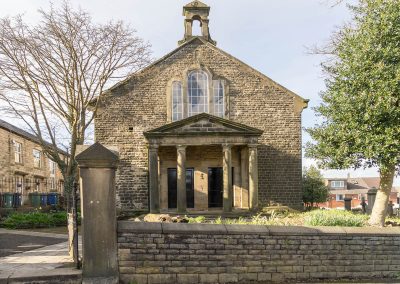 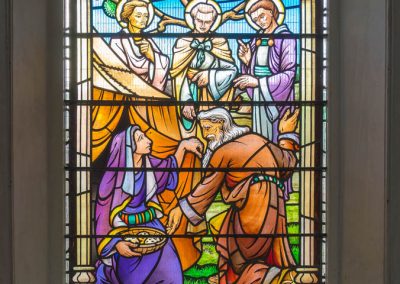 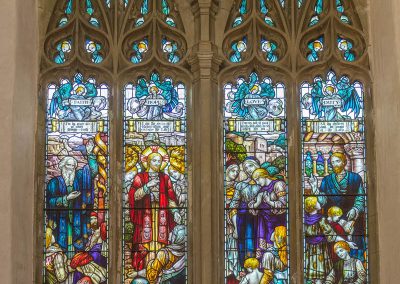 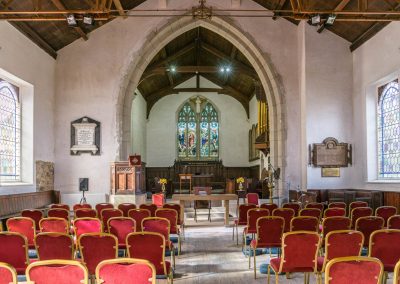 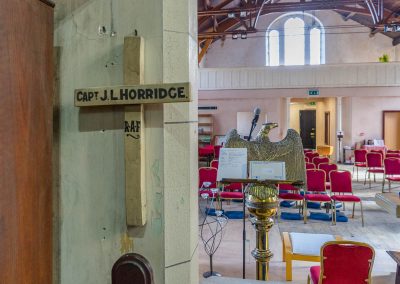 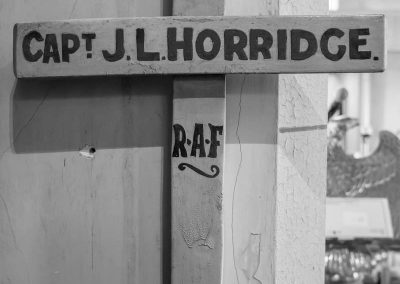 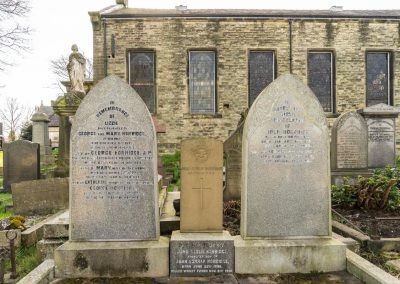 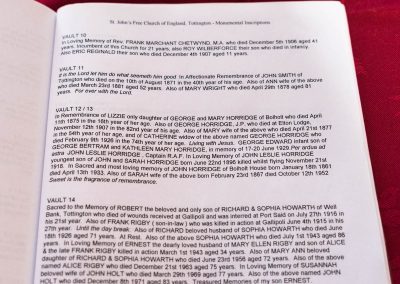 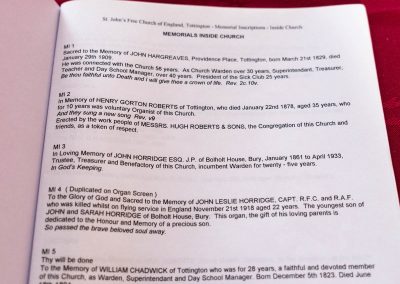 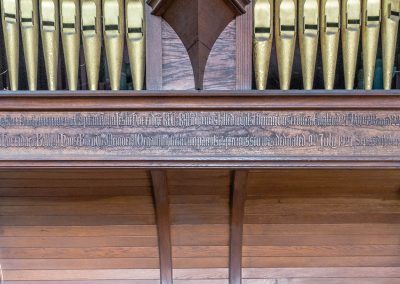 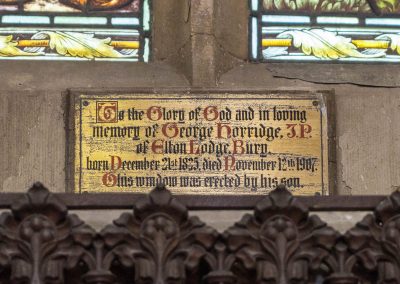 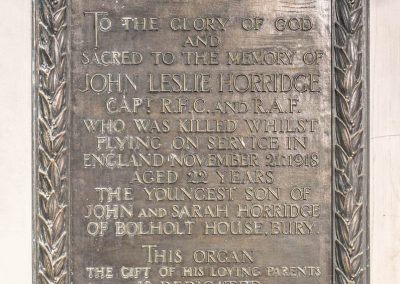 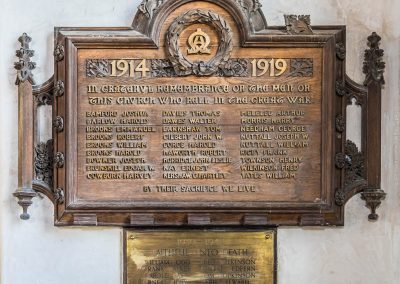