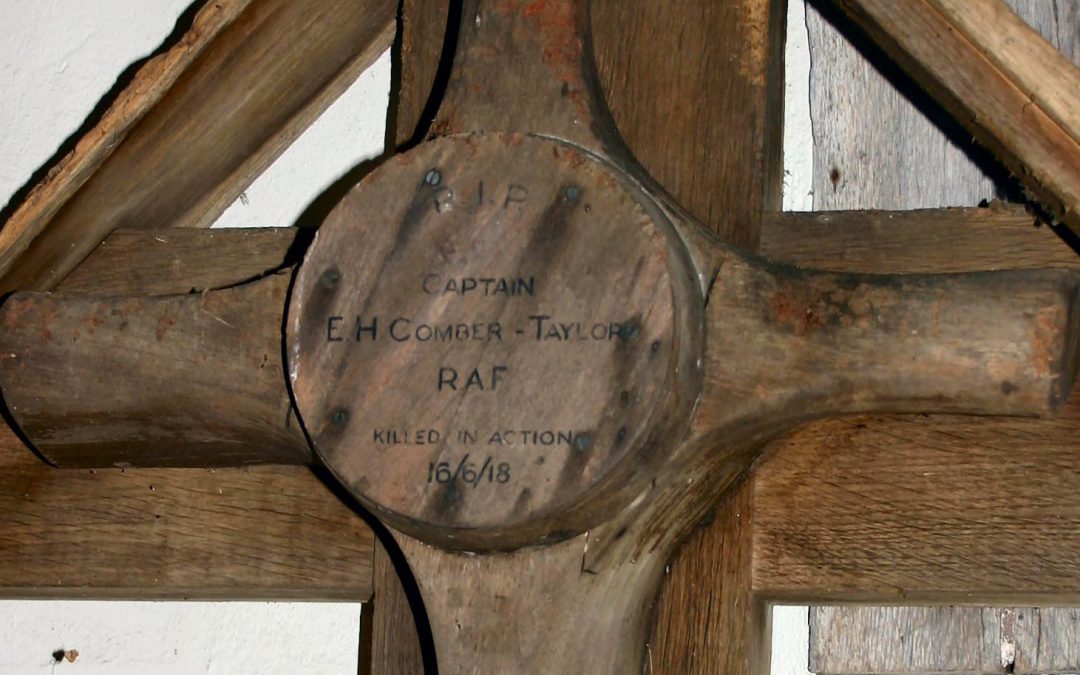 Plaque reads:
IN MEMORY OF AN ONLY SON/ CAPTAIN ERIC HORACE COMBER-TAYLOR/ FLIGHT COMMANDER ROYAL AIR FORCE/ KILLED IN ACTION IN FRANCE JUNE 16TH 1918/ LOVED BY ALL FOR HIS GENTLENESS AND QUIET BRAVERY

The propeller was the original grave marker, it was placed here by his father.

This memorial to Captain Eric Horace Comber-Taylor, RAF, stands in the porch of St. Peter’s Church, Twineham. He was killed in action on the 16th June 1918, and lies in Esquelbeco Military Cemetery, France.

With thanks to Paul Reed for spotting the marker. 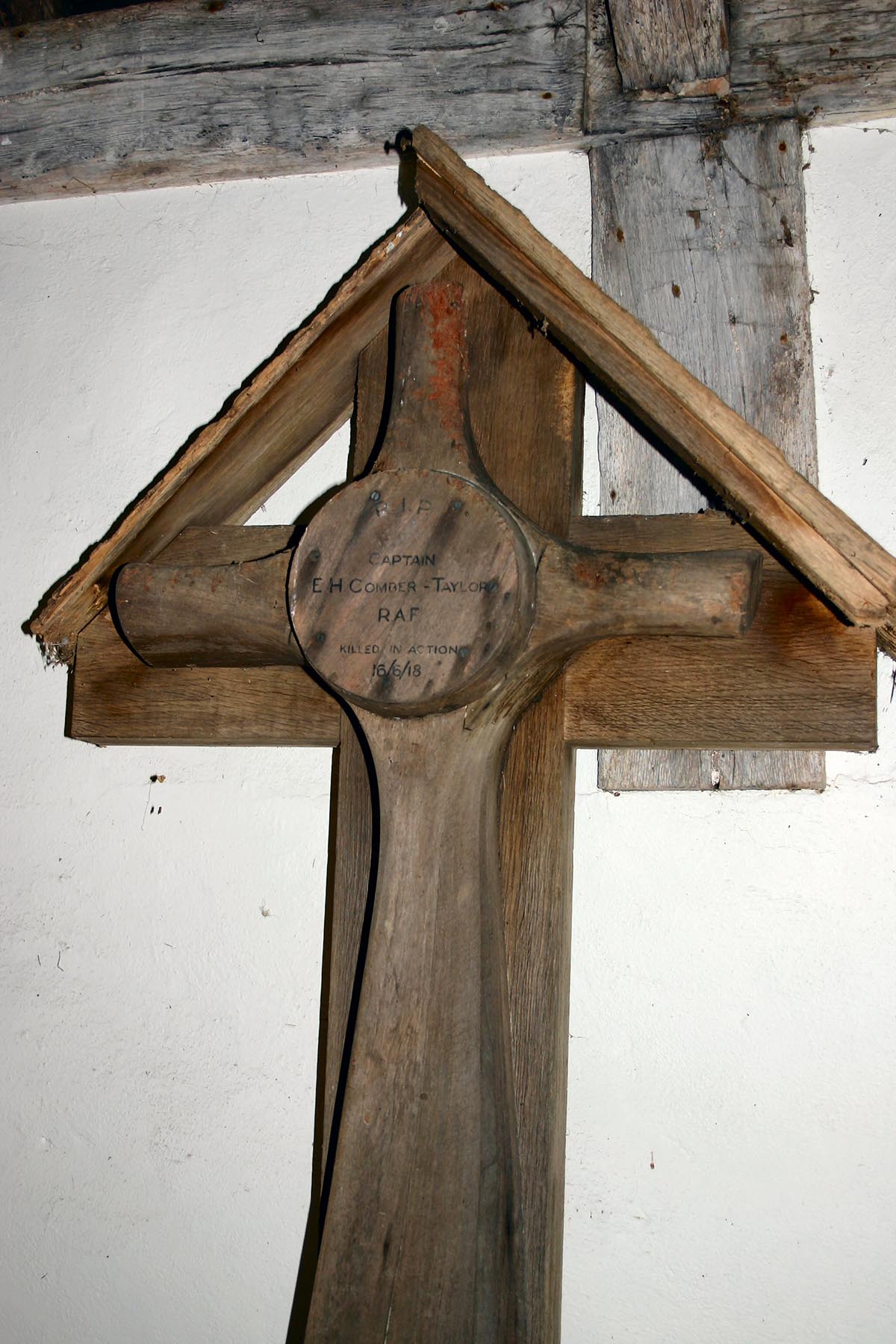 Image  © Copyright Peter Jeffery and licensed for reuse under this Creative Commons Licence from http://www.geograph.org.uk/photo/3805350