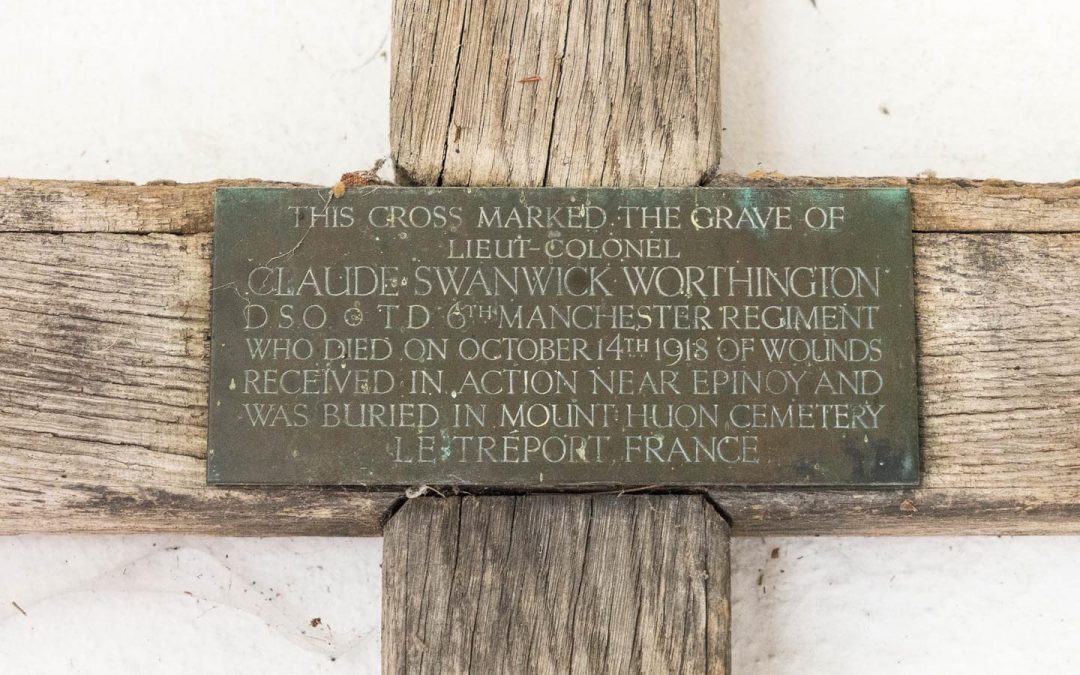 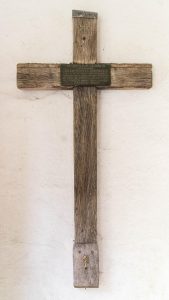 Cross dimensions (millimetres please)
Shaft Height: 870 in total 1040 an additional piece of wood has been added to the base, the cross stood outside for some time and this probably replaced the rotted timber.
Cross beam width: 480
Width of wood: 90
Thickness or depth: 45

Other information
Mounting to wall: Nailed to the wall on the left hand side of a recessed entry to the church
Detailing: There is a piece of lead around the top of the shaft. There is also a brass coloured hook at the end of the shaft perhaps to place a poppy wreath.
Evidence of use in field (earth marking, cracking, staining, shrinkage): some evidence of use in the field where the timber is a shade lighter
Surface insertion depth (into ground if apparent): 310mm
Finish (varnish, paint, oiled, unfinished etc): No varnish or staining
Condition (cracked, paint peeling, woodwork, damage etc): Timber is cracked and weathered but condition is reasonable.

Notes and observations: Claude Swanwick Worthington DSO Bar TD, was born in France in 1877, He was the son of the late Thomas Worthington F.R.I.B.A. and Edith Swanwick Worthington of Broomfield, Alderley Edge, Cheshire. He was the Lieutenant Colonel of the 6th Bttn (later 8th) Manchester Regiment. On active service in Gallipoli he was wounded sent to Malta to convalesce then returned to Gallipoli, he also served in Egypt. He was wounded for the third time in Oct 1918 and died 11days later from wounds on 14th October. He was awarded the DSO for conspicuous service in Gallipoli. He was 1 of 5 sons who served in the first world war, one was wounded at Mametz another at Montauban, the remaining four returned home at the end of the war. His Father was a renowned Manchester Architect credited with being the architect of the Crown Courts and many of the buildings in Manchester. .Two of his brothers Hubert and Percy went into the family business and were Knighted. They are credited with the Extensions to and the rebuilding of Manchester Cathedral after the 1940 bombings, among many other buildings in Manchester.

The Unitarian church is a grade II* listed building. The Unitarians had their first minister in about 1688. From the outside it looks like a barn, this was to disguise the fact it was a church, as Unitarians were persecuted. They don’t believe in the Trinity but in Jesus the man. The church interior is an attractive light space with a balcony gallery at one end. There isn’t an altar as it is the word that is important and not the ceremony, the room at the rear was the original school. There are two plaques on the wall commemorating the first and second world wars. Most Unitarian churches don’t have crosses, although the present minister Jeff Gould originally from America now a British citizen, is not averse to having a cross. He was very interested in the project and when i suggested to bring the cross inside the church he said that had given him an idea for the 2018 end of the commemorations. In the grounds There is a Worthington family vault next to a Greg family vault (from Quarry Bank Mill, Styal ) these vaults could have been flooded but their creators installed drains which run all the way down to the River Bollin. Also in the grounds is an unusual 3 sided sun dial East is the morning, South midday and West evening. This was restored for the millennium. There is a large stone near the sundial which is apparently a resurrection stone, placed on top of a grave to prevent grave robbers from stealing the body.
Sincere thanks to Chrissie Wilkie for showing us round the church, she originally thought they didn’t have a cross, then realised that she walks past it each sunday on her way into church. 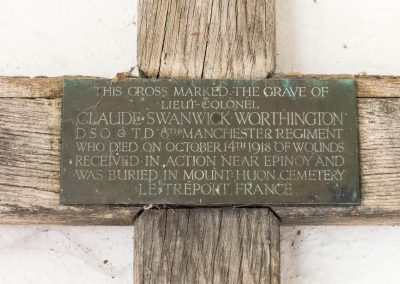 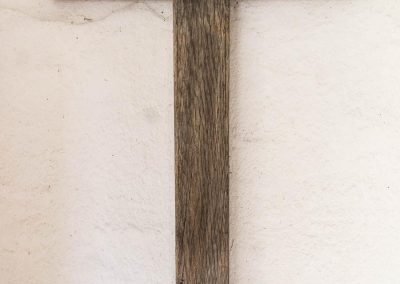 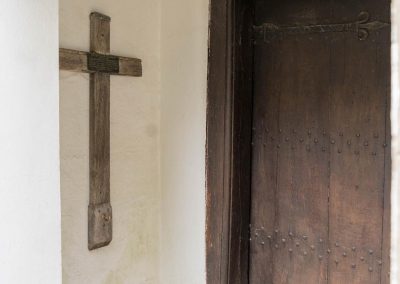 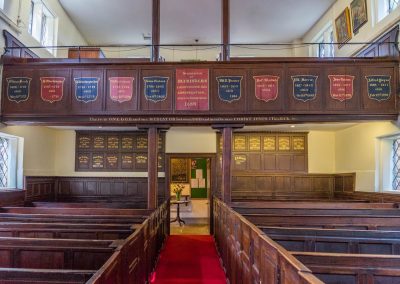 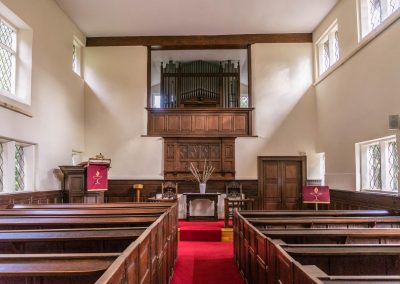 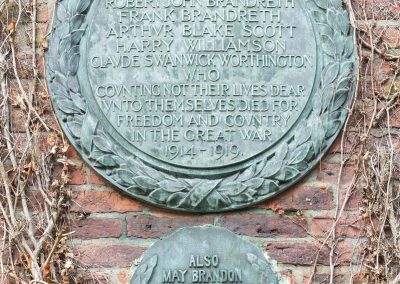 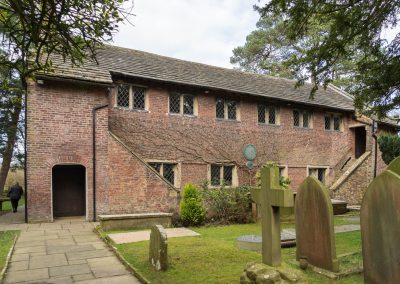 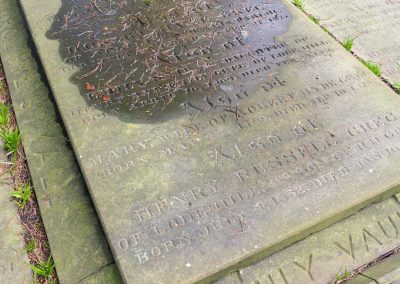