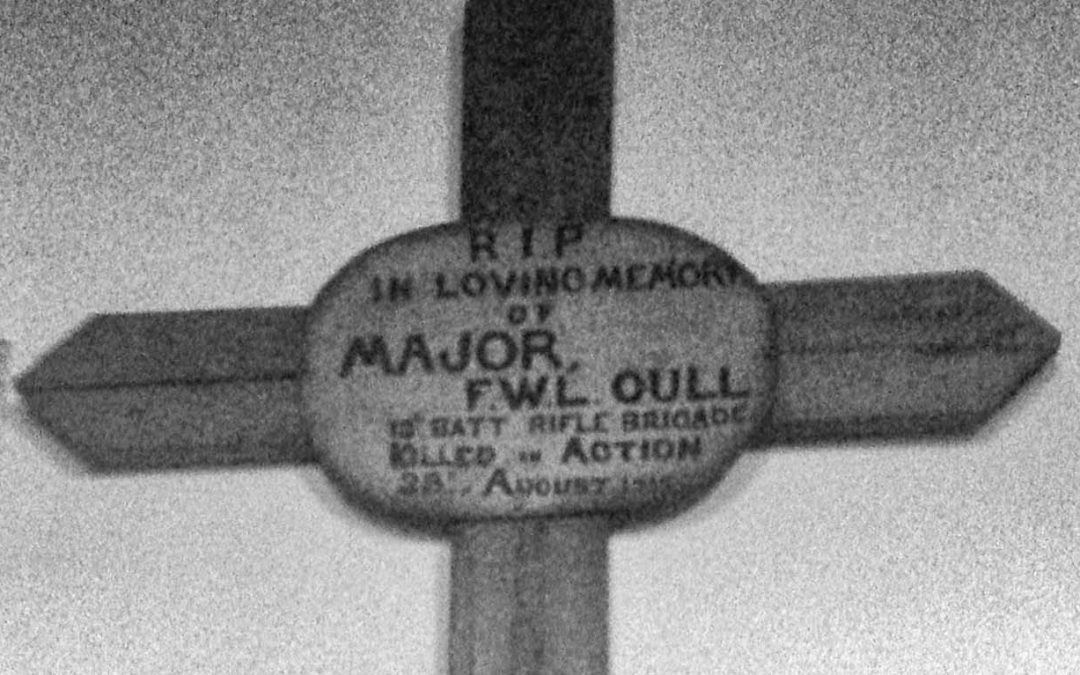 A circular metal plate attached with nails to the centre of the cross with the wording:
R.I.P
IN LOVING MEMORY
OF
MAJOR,
F.W.L. GULL
13TH BATT. RIFLE BRIGADE
KILLED IN ACTION
28TH AUGUST 1918

Cross dimensions
Shaft Height: 1140 mm
Cross beam width: 580 mm
Width of wood: 120mm
Thickness or depth: 30 mm
Finish: No varnish to the cross, and un-oiled.
Condition: The condition is fair, although evidence of the wood splitting
Fixings: The cross is fixed high up on the wall with rings attached to the reverse.

Buried at Achiet-le-Grand Communal Cemetery III A 16
Francis William Lindley Gull was born at Hyde Park Gardens, London, to William Cameron Gull, a barrister who became the second Baronet the following year, and was the Liberal Unionist Member of Parliament for Barnstaple from 1895-1900. His mother was the Hon. Annie Clayton Lindley daughter of the 1st and last Baron Lindley. Gull was educated at Eton and Christ Church College, later taking a commission in the Rifle Brigade (Prince Consort’s Own). Promoted to acting Major on 5 August 1918 and attached to the 13th Batallion, Gull was wounded and subsequently died on 25 August 1918 during the clearing of Delville Wood in the 2nd Battle of the Somme. 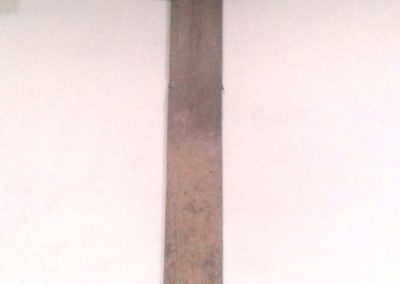 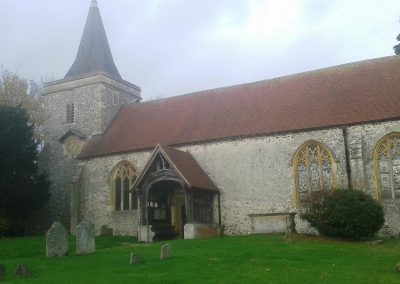 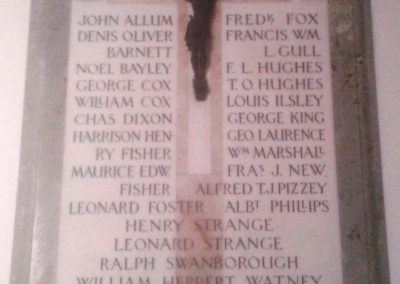